Conquest set to have the wraps taken off her by O'Brien 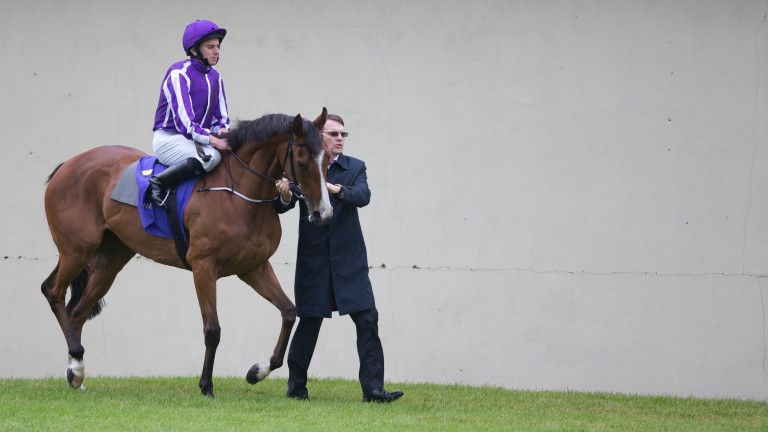 Pedigree enthusiasts are in for a real treat at Leopardstown on Thursday as the 7f maiden for two-year-old fillies (5.50) features the debut of a full-sibling to one of the best racemares of recent years.

Conquest is by perennial champion sire Galileo out of Coronation Stakes and Matron Stakes winner Lillie Langtry. That makes her a sister to the magnificent Minding, who landed the 1,000 Guineas, Oaks, Pretty Polly Stakes and Nassau Stakes before taking the scalp of Ribchester to win the Queen Elizabeth II Stakes last year.

Minding was an easy winner of the Group 2 Mooresbridge Stakes at Naas on her four-year-old debut in May but has not run since after suffering a setback.

She is not the only blueblooded debutante in the race, either.

Her stablemate Flattering is also by Galileo and is a half-sister to Lucky Kristale, a daughter of Lucky Story who was bought as a yearling for just 22,000gns but went on to win the Duchess of Cambridge Stakes and Lowther Stakes at two.

The dam, Pikaboo, was unplaced in five starts but is a Pivotal three-parts sister to three-time Group 2 winner Arabian Gleam and was purchased privately by Coolmore after the emergence of Lucky Kristale.

Flattering will be partnered by her trainer's daughter Ana O'Brien.

Coolmore's rival camp of Godolphin unleashes a well-bred rival to those two fillies in the shape of Active Approach, a New Approach filly out of Phoenix Stakes and Moyglare Stud Stakes heroine Saoirse Abu, who also finished third in the 1,000 Guineas.

The dam, a daughter of Mr Greeley, was bought by Godolphin for 1,950,000gns at the end of her career and her best progeny to date is the useful Flat handicapper and hurdler Ennistown.

Active Approach will be saddled by Jim Bolger, who trained both New Approach and Saoirse Abu to top-level success.

Another newcomer to note on Thursday is White Desert, a three-year-old gelding who will have the wraps taken off him in the 1m2f maiden at Newbury (7.35).

White Desert is a Teofilo half-brother to the immensely popular international campaigner Red Cadeaux, who struck at the highest level in the Hong Kong Vase but is best remembered for finishing second in the Melbourne Cup on three occasions.

White Desert was bred by Foursome Thoroughbreds, Muir and Waldron and is trained by Charlie Appleby for Godolphin, which paid 220,000gns for him as a foal at Tattersalls.

FIRST PUBLISHED 7:25PM, JUL 12 2017
Another newcomer to note on Thursday is White Desert, a half-brother to Red Cadeaux