Duo both notch victories at the highest level again 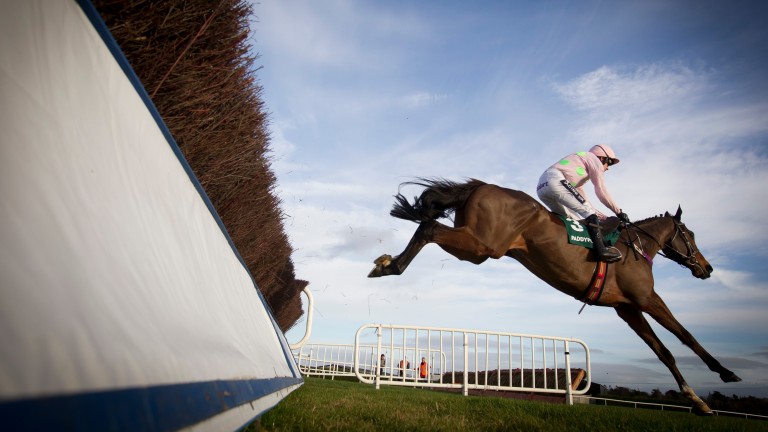 Douvan and Ruby Walsh sail towards another success in the Paddy Power Cashcard Chase
Patrick McCann
1 of 1
By Zoe Vicarage 6:49PM, DEC 27 2016

It was a joyous festive period for Coolmore's National Hunt sire Walk In The Park as he was represented by a Grade 1 double in the space of 24 hours at Leopardstown.

The ball got rolling on Monday when Min produced an impressive performance to win the Racing Post Novice Chase by nine lengths for trainer Willie Mullins and jockey Ruby Walsh.

The five-year-old was bred by Marie-Therese Mimouni out of the winning Saint Estephe mare Phemyka and is a half-brother to the winners Belamage, Satwa Princess and Gaone.

Mullins and Walsh teamed up again on Tuesday at the same course with Douvan, who cruised to victory in the Paddy Power Cashcard Chase.

Douvan was bred by Haras de la Faisanderie and is the first foal out of the once-raced Saint Des Saints mare Star Face. He is from the family of Grade 3 winner Discover D'Auteuil.

The pair, who race in the colours of Susannah Ricci, are the leading jumps performers for Walk In The Park and have continued to advertise his talent for producing top-class jumpers.

A 14-year-old son of Montjeu, Walk In The Park was trained by John Hammond to win over a mile as a two-year-old. However, his best performance came when finishing second behind Motivator in the Derby.

Since retiring to stud he has also supplied the likes of Listed winner Dance In The Park on the Flat in France, Listed hurdle scorer Park Light, and Gary Moore's Grade 3-winning chaser Antony.

He began his stallion career in France before joining Grange Stud, part of Coolmore's jump division, earlier this year where he covered a book of 222 mares.

The late Montjeu has become renowned for being a sire of jumps sires and that was again evident at Leopardstown on Tuesday when Saturnas landed the Grade 1 Paddy Power Future Champions Novice Hurdle by two lengths.

The five-year-old is by Montjeu's Group 3-winning son Davidoff, who stood the 2016 breeding season at Haras de la Kammerholz in France.