Midnight Hawk to stand at Rising Sun Farm in Jamaica

The deal was brokered by Schumer Bloodstock 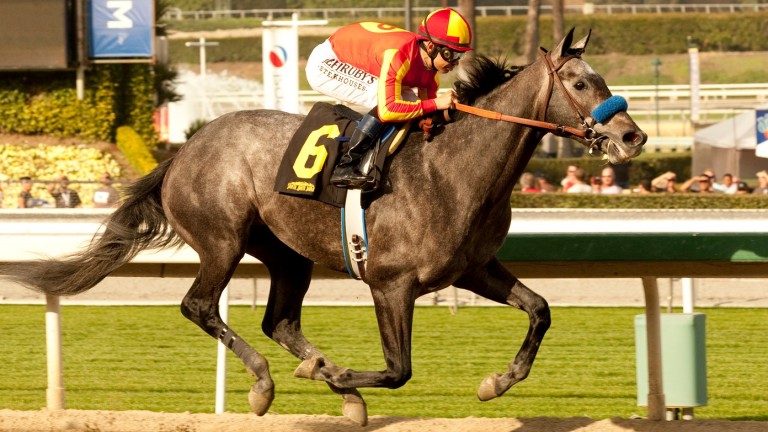 Midnight Hawk, winner of the Sham Stakes at Santa Anita, has been retired to stand at Rising Sun Farm in Jamaica in a deal brokered by Chad Schumer of Schumer Bloodstock.

Midnight Hawk won the Grade 3 contest on just his second career start, having run out the six and a quarter length winner of his debut, a maiden at Hollywood Park.

He went on to compile a series of creditable efforts in Graded stakes company for Bob Baffert, notably when placed in the Grade 2 San Felipe Stakes, in which he was second to none other than California Chrome.

Midnight Hawk also ran a neck second to Race Day in the Grade 3 Razorback Handicap as a four-year-old.

He won five races from 17 starts from two to five.

A son of Midnight Lute, Midnight Hawk is a half-brother to four winners including Listed scorer Mister Marv. He is out of the Grade 1-placed Miss Wineshine, by Wolf Power.