Sibling to juvenile is catalogued at Arqana 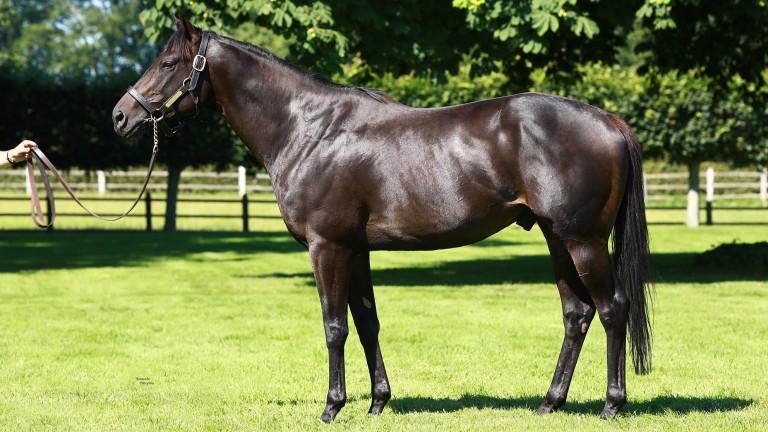 Wootton Bassett is the sire of the promising Midlife Crisis
Etreham
1 of 1
By Tom Peacock 3:07PM, AUG 4 2020

Lot 475 at next month's rescheduled Deauville Select Sale has just had an exciting upgrade after the yearling filly's half-brother Midlife Crisis made an electric racecourse debut at the racecourse adjoining the Arqana complex.

Trained by Chantilly-based Hiroo Shimizu, Midlife Crisis is the second foal out of well-related Australian mare The Hunt Is On, a half-sister to the Grade 1 winners Absolutely and Abbey Marie.

Co-breeders Haras d'Etreham had presented the son of its Wootton Bassett at Arqana last year and he had been bought for €120,000 by Daniel Cole. He now runs for Shimizu's Japanese compatriot Shigeo Nomura.

In a field of well-bred newcomers for the Prix de Crevecoeur, Stephane Pasquier bounced Midlife Crisis into the lead and he strode further clear, coasting home by five lengths in the extended seven-furlong contest.

Better times clearly await while his sibling, by Siyouni and also offered by Etreham, is part of a high-class offering of yearlings at the end of September.

A lot had been expected of another Siyouni in the preceding Prix des Marettes, for fillies over the same course and distance but Erdana, the Aga Khan's first foal from his multiple Group 1 winner Ervedya, faded badly to seventh despite travelling ominously well.

The race was won in encouraging fashion by Andre Fabre's Petricor, a Frankel filly out of Ruscombe, Juddmonte's half-sister to Sea Moon and Brian Boru.

There was an update too in the opening race as Fabre's Baltic Gold confirmed himself a three-year-old of immense promise in the Prix de l'Orne.

The Golden Horn colt, first foal of Prix Vermeille scorer Baltic Baroness, is two from two in the red Gestut Ammerland silks. The German nursery is consigning his Frankel half-brother as lot 30.

FIRST PUBLISHED 3:07PM, AUG 4 2020
Co-breeders Haras d'Etreham had presented the son of its Wootton Bassett at Arqana last year and he had been bought for €120,000