Messara's Midas touch with stallions not fading any time soon

James Thomas speaks to Arrowfield Stud's John Messara, a man who has launched the careers of many leading sires 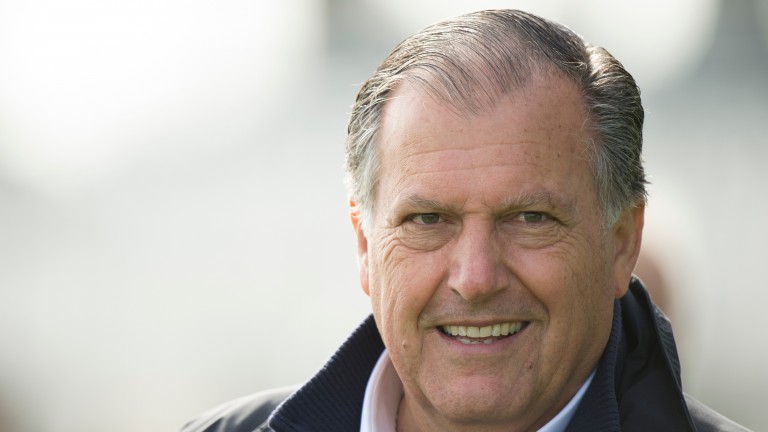 Few in the bloodstock world know more about launching the career of a stallion than John Messara. Back in 1989 it was the Arrowfield Stud chairman who bought a majority share in Danehill, a deal that would have a profound impact on the Australian thoroughbred for generations to come.

Since Danehill, Messara has continued to mine a rich seam of stallion talent from his progeny, most notably through the mighty Redoute’s Choice and his sire sons Snitzel and Not A Single Doubt, a triumvirate that have filled positions in the top ten on the leading Austrlian sires’ list for each of the previous three seasons.

Another of Messara’s stallions, Smart Missile, a grandson of Danehill, also landed the 2015-16 first-season sires’ title in Australia.

Despite his repeated success, Messara remains pragmatic about exactly what a sire needs to become a success.

“It’s multifactorial,” he says of what he looks for in stallion prospects.

“There’s a number of boxes you need to tick that most of us know about. You want a physical specimen, a pedigree that’s conducive to producing stallions, and of course there’s the performance factor. Then there’s an unknown factor called judgement, which is the point beyond logic. That’s what separates some from others.

“Beyond that, there’s the breeding process, providing the right environment and the selection of mares. It’s not just a question of getting 150 mares and saying ‘that’s it, I’ve done the job’, you really need to think about each mating.

“We’re conviction breeders. We do the analysis of what we think will suit him physically and genetically and then we support him for the first four years of his stallion career.

“There’s lots of little two-and-a-half-per-cent things, but added together you may get a result. It’s a tough game and genetics isn’t easy, but if you tick the right boxes, you’re in the ballpark. Beyond that, it’s a judgement call.”

At this week’s Magic Millions Gold Coast Yearling Sale one of Messara’s latest judgement calls will be put to the test against the market when the first crop of yearlings by Dundeel come under the hammer.

Standing any stallion may be a judgement call, but in the case of Dundeel it must have been a relatively easy call to make. The son of High Chaparral retired as an Australian champion with six Group 1 victories to his name, including in both the Royal Randwick and the Rosehill Guineas and the Australian Derby.

He rounded off his 19-race career with his tenth success in the 2014 renewal of the Queen Elizabeth Stakes, beating a field that included the Dante Stakes winner Carlton House. He has stood his three covering seasons at Arrowfield at a fee of $27,500 (£16,300/€19,000).

“I’m excited to see them,” Messara says of the sire’s first yearling sale representatives. “There’s only a dozen, but I think we’ve got two of the nicer ones. If he averaged around A$150,000, which is six times his service fee, I’d consider that successful. That’s what I’m hoping to see.

“He’s more of a mile-plus pedigree horse but he had something special about him. He could run ten seconds a furlong in the morning on the bridle – I think he could have been trained to win something like the July Cup.

“The most significant thing to highlight just what a star he was is the day he won the Derby and Black Caviar won the TJ Smith. He ran a faster last two furlongs than she did. For me that’s amazing and I think he’s going to be more versatile than people expect.”

With Dundeel being available as an outcross for Danzig, Messara has been able to stay true to his word when it comes to supporting his own stallions, as Dundeel covered one of the crown jewels among the Arrowfield broodmare band, the five-time Group 1 winner Miss Finland.

The blueblooded colt who resulted from that mating is now due to head through the Magic Millions ring as lot 232.

“Being by Redoute’s Choice, most avenues are closed for her [Miss Finland],” Messara says. “But we love Dundeel so we thought why not put our best mare to him. That’s the sort of confidence we show in our stallions.”

The Australian breeding industry has been founded on hard speed for generations, and Messara says southern hemisphere breeders may be missing out by failing to broaden their horizons and focusing solely on financial reward, a sentiment that could be transferable to the northern hemisphere given current concerns over breeding for speed in Europe. As such, Dundeel’s addition to the Arrowfield roster can perhaps be seen as an indication of which direction the stud is set to head in the coming years.

“I think speed is ingrained in the culture here, but a lot of the good prize-money is for the longer races. If you analyse the programme you’ve got so many more options in longer races than you do in the speed races.

“People confuse speed with early returns but it’s not quite the same thing. People don’t seem to analyse things; even the smartest businesspeople go into racing and breeding then seem to lose their analytical zest. We’ve got Animal Kingdom, Dundeel and other horses coming in the next year who will bring some diversity to our roster. They will be more in tune with the sort of programme we already have but which isn’t recognised.”

Messara is also unequivocal on the subject of juveniles being retired from racing to begin stallion careers.

“I think you retire two-year-olds to stud at your own peril,” he says.

“The view would have to be taken that that horse really hasn’t stood the test of soundness. I think it’s going too far and it’s ultra-commercialism and I don’t see that as a good policy. If you’ve got a good two-year-old and you’ve got faith in him, you’ve got to produce him at three and see if he can compete. I understand people want to cuddle their investment, and people are free to do what they like, but as an investor in a stallion I’d be looking for a horse to show me a little bit more than early precocity.”

With Danehill having left such an indelible mark on the thoroughbred breed, the southern hemisphere is now on the lookout for the next outcross stallion to blend with his bloodlines, and it is a hunt which is being led by the very man who brought Danehill to Australia.

“Danehill has done so well, and through his son Redoute’s [Choice], he’s become his own worst enemy and put us all into a bit of a corner,” Messara says. “You see a lot of Danzig over Danzig. But, say you like that in a horse, what will you do if he makes it into a stallion? Will he go to another Danzig? The major challenge here has to be to find some outcross lines. I’m chipping away at it and you’ll see some news soon.”

Of course it was not just the southern hemisphere where Danehill left a legacy, and Messara also believes that Arrowfield shuttle stallions could be set to undergo something of a renaissance despite the age-old obstacles facing foreign sires.

“I think what’s happened [with shuttle stallions] is that we had the early flurry, then the failures, and now I think, certainly our farm, will be very happy to be involved in shuttle stallions who we think are going to make it,” he says. “Although the local product is always easier to market. In Danehill’s first season he served only 73 mares, of which 37 were ours. That’s how hard we had to support him to get any sort of a book because people didn’t know him. That’s the difficulty with these foreign horses. But we’re prepared to say we’ll back them and we’ll show you what they can do and then you can come into them.”

It is a modus operandi that Messarra expects others to follow when he shuttles his own stallions to the northern hemisphere. He found that to be the situation with the Aga Khan, who stood Redoute’s Choice at Haras de Bonneval in 2013 and 2014, and he has found it again with Haras d’Etreham, which will stand one of Redoute’s Choice’s sons, the first-season sire Scissor Kick, this year.

“They came to me for the horse and they were very keen to have him,” he explains. “It’s unusual to shuttle a horse so early in his career but I love when people are mad keen about a horse because I know they’ll support him.

“He’s a European sort of horse as he comes from a totally European family. We didn’t sign it off until we saw that he was perfectly fertile, but he is very fertile, and now he’s in Normandy. Hopefully he can run off the back of the success Etreham had last year.”

With conviction, foresight, and a battalion of hugely talented stallions at his disposal, it looks unlikely that Messara’s midas touch will be fading any time soon.