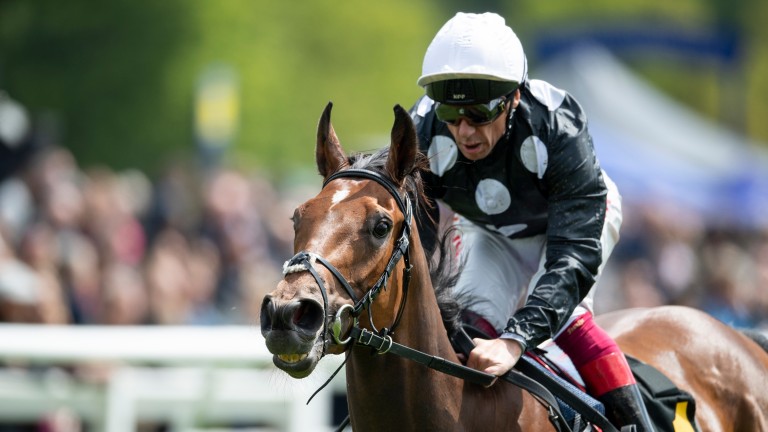 Meon Valley Stud continues to reap rich rewards from One In A Million, one of its four main foundation mares bought in the late 1970s to establish the operation, with Anapurna running away with the Listed Lingfield Oaks Trial on Saturday.

Greenness had got the better of the John Gosden-trained filly, who carries the storied black and white silks of the Weinfeld family's Meon Valley Stud, when she ran no sort of race on her debut at Wolverhampton in December.

She showed her inexperience again when she broke her maiden impressively on her second start at Lingfield in January, by hanging right near the finish.

Jockey Frankie Dettori reported after her third start in the Oaks Trial that Anapurna was still a little green, as she had to be niggled along seven furlongs from home before streaking to a six-length victory over the Hesmonds Stud-owned and bred Sea The Stars filly Tauteke.

The filly is now around a 7-1 shot for next month's Investec Oaks, which looks a fair price as she can be expected to keep improving mentally as well as physically.

Anapurna is the second exciting Gosden-trained Oaks trial winner by Frankel this week, with Mehdaayih – who needs to be supplemented for the Epsom Classic – a four-length winner of the Cheshire Oaks on Wednesday.

The pair are among three new three-year-old stakes winners by Frankel this week, with Obligate scoring in the Listed Prix des Lilas at Chantilly on Monday.

Anapurna is the sixth foal bred by Meon Valley Stud out of the high-class Montjeu mare Dash To The Top, who finished third in the Fillies' Mile at two and won the Listed Hoppings Stakes and finished second in the Yorkshire Oaks at three.

While an extremely talented filly, Dash To The Top did show some of the quirks associated with daughters of Montjeu, being reluctant to leave the paddock and unseating her rider before her Hoppings Stakes win at Newcastle and hanging right in the Yorkshire Oaks.

On her last two starts she detached herself from the field early before running on for fourth in the Prix Vermeille and refused to race on her swansong in the Prix de Royallieu.

It will be intriguing to see if Anapurna's racing traits so far ascribed to inexperience persist, in which case we might reasonably ask if she has inherited some of her mother's temperament.

She is a half-sister to Warwickshire Oaks winner Dash To The Front, who found further fame as the dam of dual Group 1 heroine Speedy Boarding, out of the winning Nashwan mare Millennium Dash. 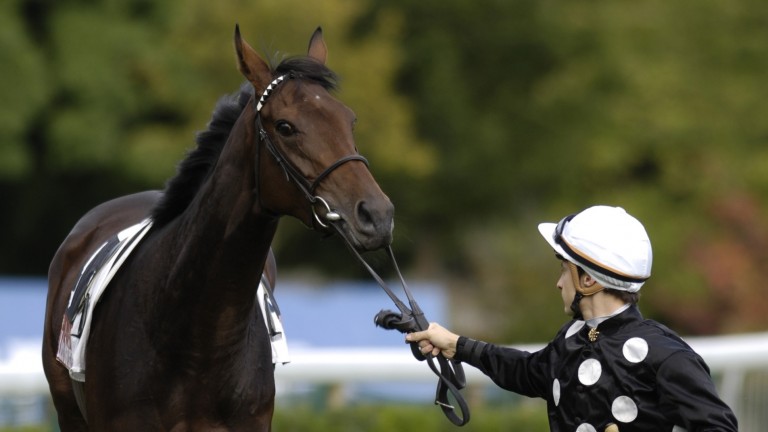 Dash To The Top: Anapurna's dam - by Montjeu - was extremely talented but quirky
Edward Whitaker

Millennium Dash was in turn out of the brilliant racemare Milligram, runner-up in the 1,000 Guineas at Newmarket and the Curragh and triumphant in the Coronation Stakes and Queen Elizabeth II Stakes.

Milligram was the product of the mating of Mill Reef with One In A Million, who justified her purchase by Meon Valley Stud for just 18,500gns by winning the 1,000 Guineas and Coronation Stakes and founding this great family, which also produced the Weinfelds' Juddmonte International winner One So Wonderful through another branch.

Incidentally, Anapurna is the second Classic trial winner of the week inbred 3x3 to Sadler's Wells after eight-length Chester Vase winner Sir Dragonet. Her sire Frankel is a paternal grandson of Sadler's Wells via Galileo, while her damsire Montjeu was also by the late Coolmore legend.

Meon Valley Stud celebrated two outstanding performances by its three-year-old fillies in two days, as Twist 'N' Shake notched her first victory on her third start without breaking sweat at Nottingham on Friday, making all in a 1m½f maiden to score by seven lengths.

The daughter of Kingman, who had run a short-head second to subsequent easy Pretty Polly Stakes winner Maqsad on her previous start, is from the more famous Meon Valley Stud family tracing back to taproot mare Reprocolor.

She is out of the Listed-winning Danehill Dancer mare Hippy Hippy Shake, a half-sister to Irish 2,000 Guineas runner-up France and to Spectral Star, the winning dam of Oaks second Shirocco Star, who has in turn produced last month's nine-length Windsor novice stakes winner Telecaster, who holds an entry in next week's Dante Stakes.

A true blueblood - how 1,000 Guineas heroine Hermosa was bred

Key turf figures from past and present turn out to say goodbye to Barney Curley Find out how Frankel fuelled the pedigree of runaway Derby hero Adayar Who will win battle of the generations as Galileo and Frankel go head to head?