Maurice to stand at Shadai Stallion Station in Japan 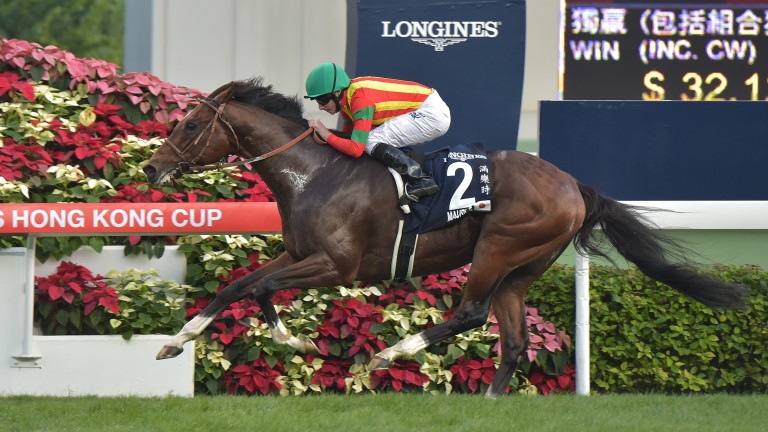 Bred by Togawa Bokujo, Maurice was bought by Northern Farm for ¥10,500,000 at the 2013 Hokkaido Horses-In-Training Sale in Japan.

Maurice raced 18 times from two to five, clocking up 11 wins, with six of those victories coming at the top level, all of which were gained while under the care of Noriyuki Hori.

At four he won Group 1s on turf in Japan before going on to Hong Kong where he captured the Hong Kong Mile under Ryan Moore.

He continued at five, returning to Sha Tin where he won the Champions Mile under Joao Moreira. He was turned over twice at odds-on over the summer, but was later stepped up in trip which saw him win the Tenno Sho in Tokyo and Hong Kong Cup over 1m2f.

FIRST PUBLISHED 3:30PM, JAN 4 2017
Noriyuki Hori trained him for all six of his wins at the top level including the Tenno Sho and Hong Kong Cup