Maurice to shuttle to Arrowfield Stud

Six-time Group 1 winner is a son of Screen Hero 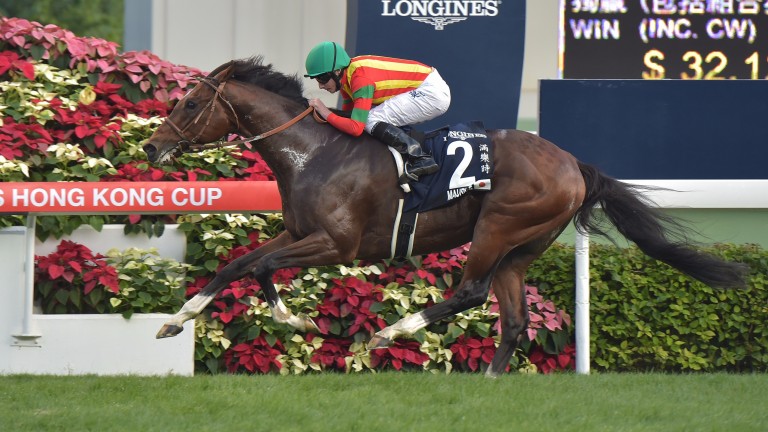 Maurice: Rounded off his career with victory in the Longines Hong Kong Cup
Hugh Routledge
1 of 1
By Zoe Vicarage 1:49PM, FEB 2 2017

The six-year-old son of Screen Hero was bred by Togawa Bokujo out of the Carnegie mare Mejiro Frances and is from the family of Grade 2 scorer Mejiro Monterey.

Trained by Noriyuki Hori, Maurice won six times at the highest level including when he signed off his career in the Longines Hong Kong Cup in December.

Maurice underlines that Screen Hero needs to be taken seriously

Arrowfield chairman John Messara said: "Nobody could fail to be impressed by Maurice's extraordinary performances at the highest level.

"We are privileged to have the opportunity to stand the Yoshidas' charismatic superstar whose physique, 1600-metre dominance and Danehill-free status make him a wonderful addition to our roster."

FIRST PUBLISHED 10:57AM, FEB 2 2017
We are privileged to have the opportunity to stand the Yoshidas' charismatic superstar