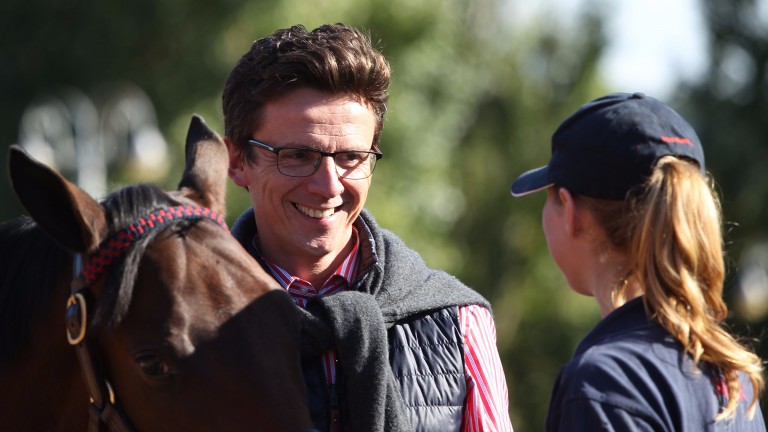 This year heralds the 15th anniversary of the creation of Ecurie des Monceaux, which under Henri Bozo’s management has become France’s leading commercial nursery since it started selling yearlings back in 2009.

Monceaux has created an enviable broodmare band that has led to conspicuous success as a breeder on the racetrack as well as being the leading vendor at the Arqana August Yearling Sale on multiple occasions.

Platonic, one of the farm's foundation mares having been bought for 100,000gns at Tattersalls in December 2004, is without doubt the star. Now 19, the daughter of Zafonic and her offspring have produced some of the most coveted youngstock in Europe, yielding significant profits for the stud that have been reinvested into further broodmare purchases.

Bozo is this year hoping to consolidate those achievements by sending the Monceaux mares to Europe's elite sires.

“I’m not re-inventing anything, but this year more than ever I'm trying to send as many of our best mares as possible to Galileo and Dubawi because they are exceptional sires, and we want to take every opportunity to use them as they don’t come along very often,” he says.

Four mares will be visiting Coolmore's perennial champion sire Galileo, including Platonic’s daughter Prudenzia, the dam of Irish Oaks heroine Chicquita. Currently in foal to Dubawi, her two-year-old filly, also by Galileo, is in training with Andre Fabre having made €950,000 last August. 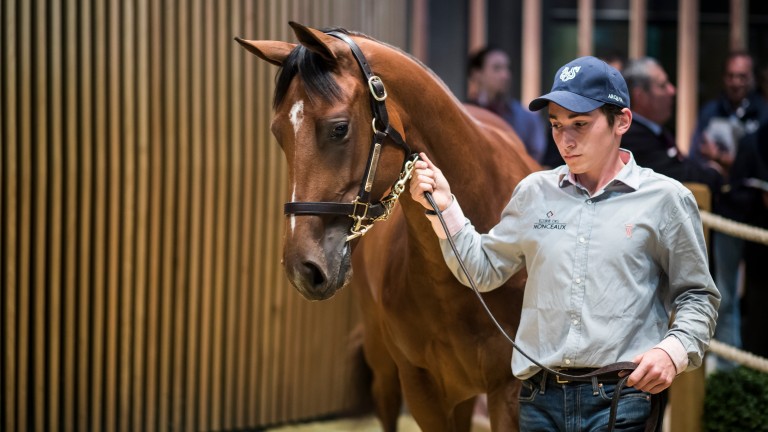 The Galileo filly out of Prudenzia sold for €950,000 at Arqana last August
Patrick McCann

Prudenzia's six yearlings to have gone under the hammer have made a remarkable €6.15 million.

Tonnara, the dam of Group 1 winners Ectot and Most Improved and also in foal to Dubawi, is another who returns to Galileo. The Linamix mare's colt by the sire was sold for €1 million at Arqana last year to Coolmore.

Monceaux also sold a Galileo yearling filly out of its well-bred Cape Cross mare Secrete for a big price at Deauville last August - knocked down to Mayfair Speculators for €700,000 - and the dam will also return to Galileo this season.

Secrete is a half-sister to Plumania and is in foal to Frankel. Her son Normandy Eagle, by New Approach, finished third in the Group 3 Prix Noailles for the stud last year from four starts.

One of the newest recruits to the Monceaux broodmare band, and completing the quartet visiting Galileo, is the maiden mare Golden Valentine, owned in partnership with LNJ Foxwoods.

The daughter of Dalakhani, who hails from the immediate family of Goldikova, won the Group 3 Prix Minerve at Deauville in 2016 before suffering a setback last year.

Among the Monceaux mares set for a trip to Dalham Hall Stud for a liaison with Dubawi is Starlet’s Sister, the dam of last year’s Prix de Diane and Belmont Oaks runner-up Sistercharlie.

Starlet's Sister is by Galileo, so the resultant offspring would be bred on the same cross as Night Of Thunder and Dartmouth.

Grade 3 winner Marbre Rose is due to foal to Frankel in the coming weeks before she joins Starlet’s Sister at Dalham Hall Stud for a mating with Dubawi. The yearling filly by American Pharoah out of the Smart Strike mare will be offered at Arqana in August.

The Johannesburg mare Militante gave Monceaux its first arrival of the year when foaling a colt by its homebred crack miler Charm Sprit on January 3. The newborn is a half-brother to this season’s Classic hope Wind Chimes, a daughter of Mastercraftsman who has won both her starts for Andre Fabre and Coolmore, including the Listed Prix Herod last time.

Wind Chimes forms part of an exciting three-year-old generation of homebreds for the stud, which also includes recent US maiden winner Gidu, by Frankel out of Manerbe; debut winner Intellogent, by Intello out of Nuit Polaire; Listed winner Lilac Fairy, a Redoute's Choice filly sold by the stud on behalf of breeder Guy Heald; and maiden winner Learning To Fly, a son of Oasis Dream sold for breeder Robin Geffen.

Militante will, like Marbre Rose, visit Frankel at Banstead Manor Stud, as will Group 3 runner-up Some Spirit, a daughter of Invincible Spirit, and the Listed-winning Speightstown mare Calypso Beat, who are both in foal to Dark Angel,

“We’re also going to use a number of other sires this year,” says Bozo. “Dark Angel is one of my favourites to add a bit of speed and precocity into our mares. He will cover Silimeri, Tribune Libre, Tribune, Pacifique and Mia Capri."

Pacifique, a Group 3-winning daughter of Montjeu and Platonic, is the dam of Grand Prix de Paris sixth Parabellum, at €2.6m the most expensive yearling sold at Arqana.

Bozo continues: “In addition, we’ll use sires such as Kodiac, No Nay Never, Showcasing, Shalaa, Wootton Bassett, Kingman, Havana Gold, Iffraaj and Dabirsim. I also really like stallions such as Invincible Spirit, Le Havre, Sea The Stars and Mastercraftsman."

Le Havre, Shalaa and Wootton Bassett are among a vintage crop of sires standing in Normandy and Bozo says: “The French stallion market has evolved beyond recognition in the last five years, and we're definitely covering more mares here now.

“Siyouni is a sire I really like," he says. "We're not afraid to send some of our best mares to him. Platonic will go to him, as well as our new purchases Frame Of Mind [an Invincible Spirit half-sister to Queen's Jewel bought for €240,000 at Arqana last month], and My Rosie [a Redoute's Choice half-sister to My Branch purchased at Tattersalls the week before for 600,000gns].

“It’s not an exact science, but by sending the mares to the best you're giving them the best possible opportunity to produce a good racehorse, which is obviously what we're all striving for,” Bozo sums up.

Sires for 2018: why a perfect storm could be brewing for Siyouni

Ten of the biggest bloodstock moments from 2017