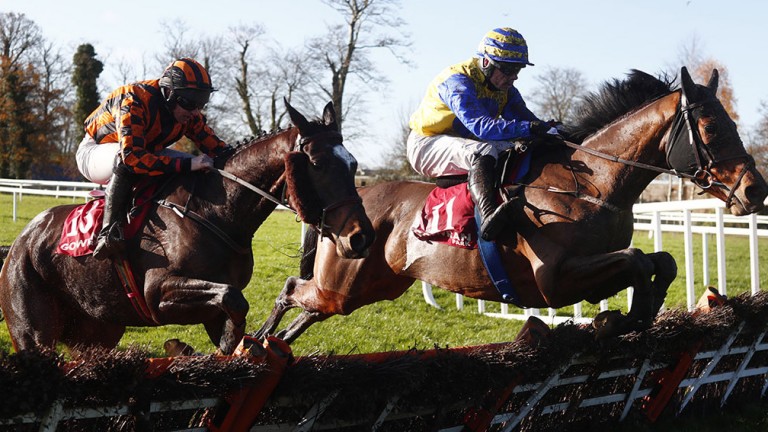 While all the attention at Gowran Park on Saturday may have been on the returns of Carter McKay and Min, Mastermind managed to plot an upset at odds of 20-1 to win the opening three-year-old maiden hurdle by a comfortable five lengths, becoming the first jumps winner for Enable's sire Nathaniel.

Nathaniel is the sire of this year's Cartier Horse of the Year and also French Group 3 winner God Given and three other Listed scorers. The son of Galileo is also represented by nine early entries in next year's Derby, with one daughter entered in the Oaks.

Trained by Charles O'Brien and ridden by Denis O'Regan, Mastermind was making his second start over hurdles and seventh overall, after finishing sixth in a similar contest at Fairyhouse earlier in the month. The gelding had failed to threaten the leaders in five starts on the Flat.

Bred by Lynch Bages, Mastermind's relations have made an impact on the European Classics.

He is the sixth foal and fourth winner out of the mile Listed winner Snow Gretel, a Green Desert half-sister to the Royal Lodge Stakes winner and 2,000 Guineas second Snow Ridge, both of whom are out of the French St Leger runner-up Snow Princess.

FIRST PUBLISHED 6:04PM, NOV 25 2017
Bred by Lynch Bages, Mastermind's relations have made an impact on the European Classics