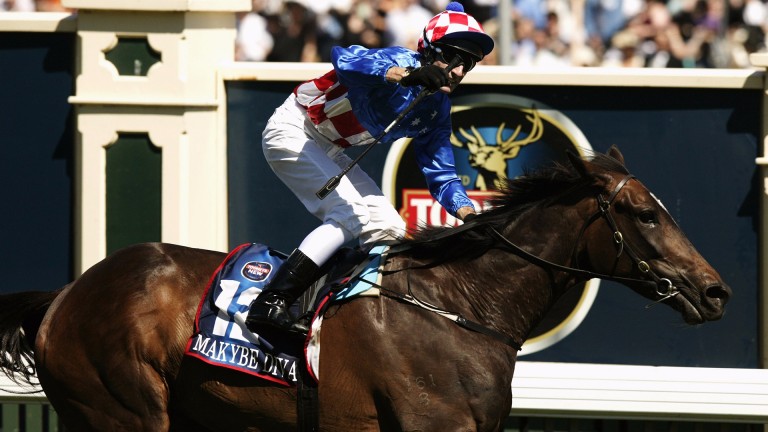 Maybe Diva’s son Taqneen, by Lonhro, was a let-down on the racecourse but the nine-year-old is finding his feet in the equestrian arena as an eventer under the care of Shelley Vidler.

The well-bred gelding finished second at an eventing competition in Geelong at the Westcoast Horse Trials last weekend having impressed with his dressage test, clear showjumping and cross-country performance.

A lot was naturally expected of Taqneen when Shadwell bought him as a yearling for A$360,000 (£196,000/€228,000), given that his parents both claimed Australian Horse of the Year Honours, with his sire having notched 11 Group 1 wins and champion sire titles, and his mother being the legendary three-time Melbourne Cup winner.

Instead, he failed to fire for his esteemed owner and trainer David Hayes and did not break his maiden until he had moved on to Cranbourne trainer Mick Bell for just A$5,500. He retired in 2017 with two wins at the picnics from 35 races for earnings of only A$14,270.

"It's tough to have the pressure on him but it's so nice to see how well he is doing with Danni [McKeon] and Shelley, it's really a dream come true for him, even if he didn't reach the heights of his champion parents on the racetrack, he can still have a great life ahead," Bell told Racing.com.

FIRST PUBLISHED 10:14AM, JUL 1 2021
It's really a dream come true for him, even if he didn't reach the heights of his champion parents on the racetrack, he can still have a great life