Charismatic owner on the hunt for racing prospects at the sales 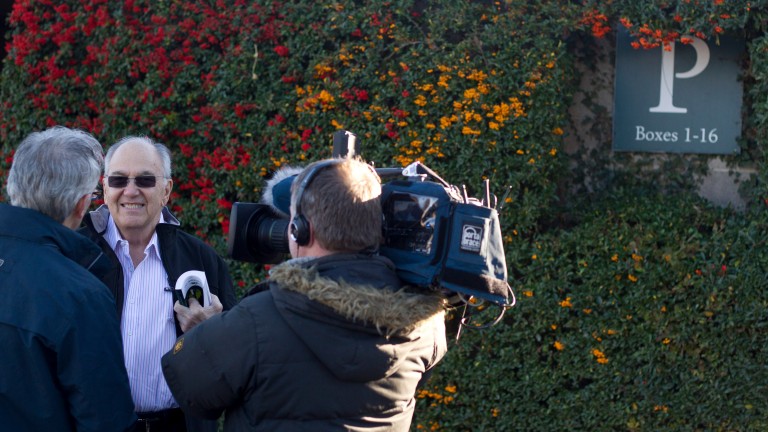 Paul Makin: Australian owner enjoyed the limelight when he dispersed his stock at Goffs in 2013
Patrick McCann
1 of 1
By James Thomas 1:49PM, NOV 21 2016

It is common practice for stallion owners to buy mares with the sole purpose of supporting their charge, but charismatic Australian owner Paul Makin has never been shy of breaking from convention.

The catalogue for the Friday session at Goffs may well have had the words ‘breeding stock’ on the front cover, but Makin - who is standing Racing Post Trophy winner Marcel at the National Stud in 2017 - was in town for racing prospects and duly parted with €200,000 for Simannka, a daughter of Mastercraftsman from the Aga Khan Studs draft.

“I’m not buying mares to go to Marcel,” he explained. “I want people to send me the mares! I’ve set up a racing stable down on the Gold Coast and we’re going to have a bit of fun as I think she’s a lovely filly. Maybe the Aga Khan will do me a favour - I’m sure it won’t be on his mind - but I’d enjoy a bit of success with a nice filly.”

Makin - who provided one of the high points in the history of Goffs when he dispersed all his stock, including €6 million mare Chicquita in 2013 -now has five horses in his string, including the Group 3-winning colt Sky Kingdom, who was formerly under the care of William Haggas.

Makin has also installed the man who guided the career of the best horse to have carried his silks as trainer at his new base.

“The trainer I’ve got I’ve taken out of retirement,” he said. “He [Garry Newham] has been driving a truck since Starcraft retired! He’s 65 now and he’s going to train these horses for me.

"It’s not meant to be commercial or anything like that, although it hardly ever is anyway!”

Makin believes Sky Kingdom may develop into a Group 1 performer down under, and given that he out of an Australian dam hopes he may one day take up stallion duties in the southern hemisphere.

The owner also has high expectations for his new acquisition, although he was less taken with the local weather.

“I think she wants a mile and a quarter and that should go down well in Australia. She might win a nice race out there when the sunshine hits her back.

"I’ve been freezing my balls off here in this bloody land so this filly is bound to be pleased to see a bit of sun as well.”