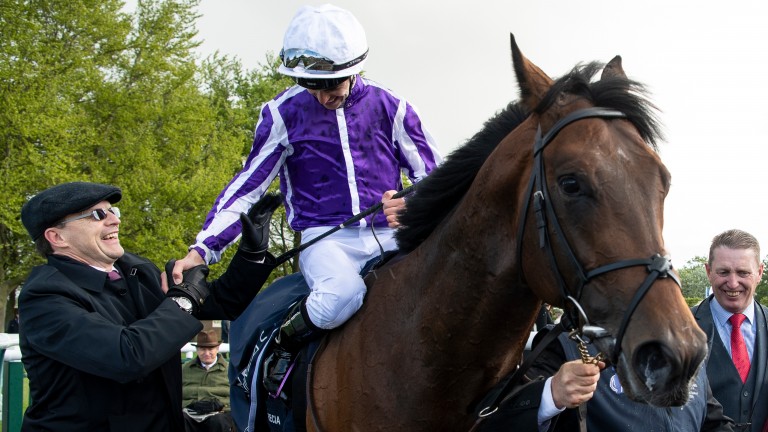 Magna Grecia's victory in the Qipco 2,000 Guineas at Newmarket on Saturday wrote a new chapter in the success story of his sire Invincible Spirit, as he became a first British Classic winner for the Irish National Stud stalwart.

The Aidan O'Brien-trained colt is one of 18 Group/Grade 1 scorers for Invincible Spirit, two of whom – Kingman and Lawman – had struck in Classics elsewhere in Europe. Two by the stallion – Kingman again and Territories – had also previously finished second in the British 2,000 Guineas.

Other celebrities supplied by the sire include Charm Spirit, Fleeting Spirit, Mayson, Profitable and Signs Of Blessing.

Invincible Spirit is an exceptionally well bred Group 1 winner himself, being by Green Desert out of Prix de Diane heroine Rafha and successful in the Haydock Sprint Cup; but the fact that sole top-flight success came at the age of five perhaps contributed to him commencing his stallion career at the Irish National at a fee of just €10,000.

It became abundantly clear very early on that Invincible Spirit was transmitting the quality contained in his genes and had been underpriced, as with his first crop of 85 foals he set a European record of 35 individual two-year-old winners in his freshman year of 2006. They included Bahama Mama, Captain Marvelous, Conquest and Stevie Gee, who scored at Listed level.

Invincible Spirit's sky-high price is in recognition of his growing influence as a sire of sires as well as his consistency in throwing high-class runners. His sons at stud include I Am Invincible, source of seven Group 1 winners and set to be the most expensive stallion standing in Australia this year, and Kingman, whose first crop – currently three-year-olds – has grabbed everyone's attention by yielding Calyx, Persian King and Sangarius among a slew of exciting performers.

Charm Spirit, Lawman and Zebedee have also been represented by high-class runners, while another son, Cable Bay, has already produced three winners from his freshman crop this year, with grandsons Brazen Beau (by I Am Invincible) and Ivawood (by Zebedee) also on the scoresheet as first-season sires in 2019.

Invincible Spirit is consequently of vital importance to the Irish National Stud's stallion programme, which has not had the fortune of standing another name who has approached that proven sire power in the last decade. The operation does though have some bright young things on its roster such as Decorated Knight, Free Eagle and, notably, Invincible Spirit's son National Defense. 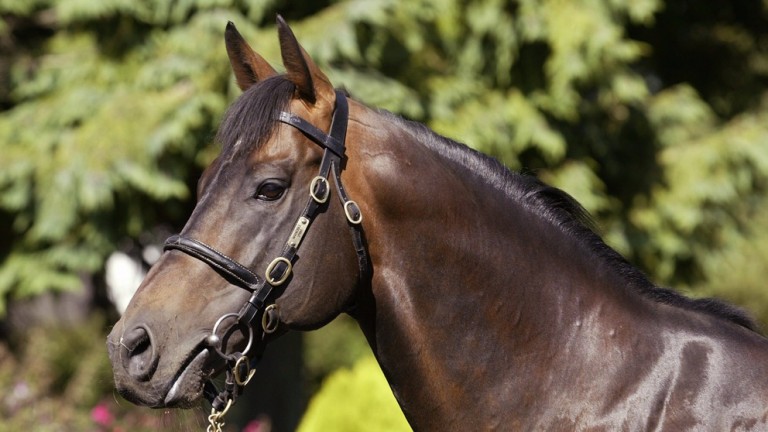 Rafha is also proving to be a significant influence on the Irish stallion ranks as another of her sons, Kodiac, goes from strength to strength at Tally-Ho Stud. Her grandson Gustav Klimt retired to Coolmore this year, and other family members James Garfield (Rathbarry Stud) and Pride Of Dubai (Coolmore) are also standing in the country.

Magna Grecia was bred by Woodnook Farm, the vehicle of Australian breeder Bob Scarborough, a former chairman of Moonee Valley Racing Club who may be best known in the northern hemisphere as owner of Beverly D Stakes winner Mauralakana and joint-breeder of high-class brothers King Charlemagne and Meshaheer.

The colt is out of the Galileo mare Cabaret, winner of the Silver Flash Stakes and a half-sister to Solario Stakes scorer Drumfire and useful sprinter Ho Choi. His maternal granddam is Witch Of Fife, a daughter of Lear Fan who finished third in the Sweet Solera Stakes.

The dam, who had an engagement at the Tattersalls December Sales cancelled after Magna Grecia's victory in the Vertem Futurity, has a two-year-old Kodiac filly named Koala in training with Nicolas Clement and a yearling colt by Siyouni.

Magna Grecia was a 340,000gns purchase by Coolmore and partners from the Norelands Stud draft at the Tattersalls December Foal Sale of 2016.

View the 2,000 Guineas and watch the race replay

Cheltenham, Aintree - and now Ascot? De Bromhead adds filly to Coronation mix My Sister Sarah and Metaphorical contribute to Wayne Lordan's treble Size is everything after all as Snowfall and Adayar shoulder their rivals aside 'He shows everything at home - he relaxes, he quickens, he gallops' 'I'm not sure a slog in the mud would suit St Mark's Basilica in the Arc' A first for Aidan O'Brien as St Mark's Basilica dominates French Derby