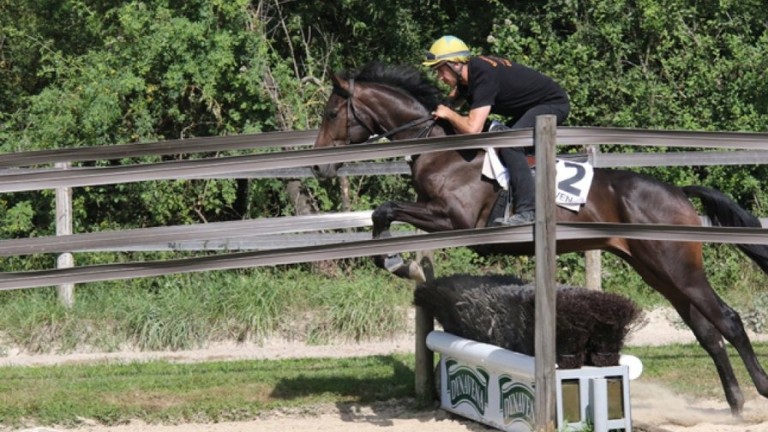 Showjumping and selling will be the order of the day in Becon-Les-Granits
Arqana
1 of 1
By Bloodstock World staff 4:39PM, JUL 9 2021

On Saturday, August 21, the village of Becon-Les-Granits in western France will hold the fourth edition of the Lumet Show, organised by David Lumet in partnership with Arqana.

A unique sale in Europe bringing together pre-trained two- and three-year-old jumpers, this year’s sale will follow the same format as previous editions.

The 2021 catalogue brings together 66 select lots of two- and three-year-olds from several breeding establishments in the west as well as from breeders throughout France that are known for their jumping bloodlines.

On the day, the lots will be shown jumping from 9.30am before going under the hammer from 2.30pm.

Pedigrees of note include:

Man Of The Night tops second day of July Sale

How an 'extraordinary year' is propelling Frankel to supersire status