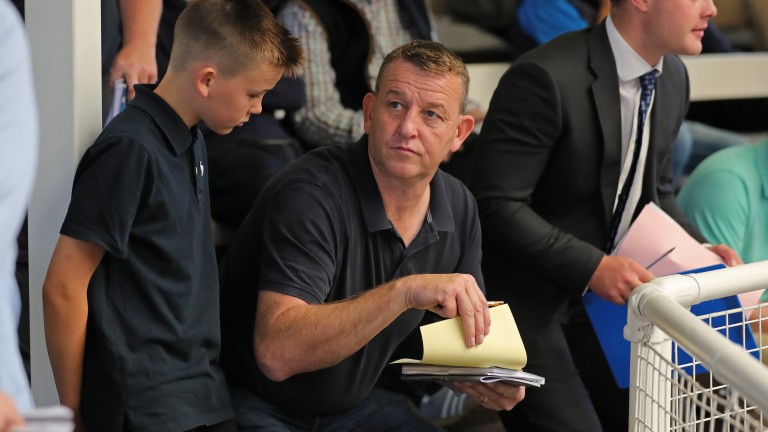 A draft from Godolphin and associates provided the chief interest at the Tattersalls Ascot August Sale on Tuesday, with a £38,000 purchase of dual-purpose prospect Universal Effect headlining a sedate session of trading.

Sired by Abdulla Al Mansoori’s Universal, his three-year-old daughter (lot 82) had delivered a string of consistent efforts for Saif Ali and David Lanigan, with her principal attraction being the late catalogue update of a win in a mile handicap at Chelmsford on August 10.

"Nice filly, the pick of the sale I thought," said Loughnane, who is now based at Steve and Anita Mares’ Rock Farm Stables near Worcester.

"She was bought on spec, but I don’t think there’ll be a problem finding an owner. We might try her over a jump but she could easily go back on the Flat. We’re having a good season and we’ve got 55 riding out at the moment, but you always keep needing to bring those new horses in." 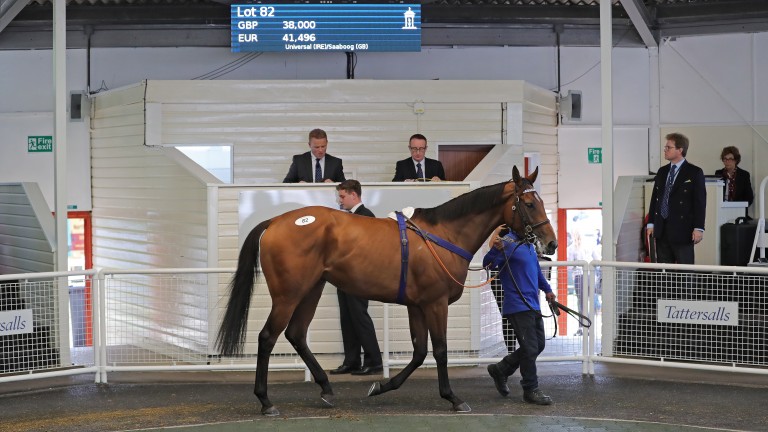 Universal Effect had a recent Chelmsford victory to her name
Debbie Burt
It was a similar case with Classic-winning trainer Laura Mongan, who is in the middle of a rebuilding process which included the purchase of the ex-Al Mansoori-owned and Lanigan-handled Millions Memories (77) for £35,000.

There were interested parties from across the racing spectrum, including Loughnane, Olly Murphy and George Boughey for the three-year-old Zoffany gelding, who had won a Yarmouth maiden last autumn from five starts and was second at Ripon in the spring.

"I liked everything about him," said Mongan, whose Harbour Law struck a mighty blow for Epsom in the 2016 St Leger but who has endured a subdued 2019 campaign.

"We’ve basically been running the same horses and we just need some fresh blood. We’ll keep him on the Flat for now, starting off over a mile and perhaps a bit further later."

Another Dance for Amelia

Amelia’s Dance (106), who had topped the June Sale when changing hands for £90,000, made a comeback to the same ring and was bought by bloodstock agent Anthony Bromley for exactly a third of that sum.

Second in a Southwell bumper for Peter Fahey back in May, it had been assumed that the close relation to popular chaser Mister McGoldrick was joining County Monaghan trainer Anthony McCann, but her quick return to the marketplace had prompted Bromley to make a rare visit to an Ascot one-day event.

"She was fancied at Southwell and Kingy (Alan King) likes Major Dundee, the horse that beat her," he said. 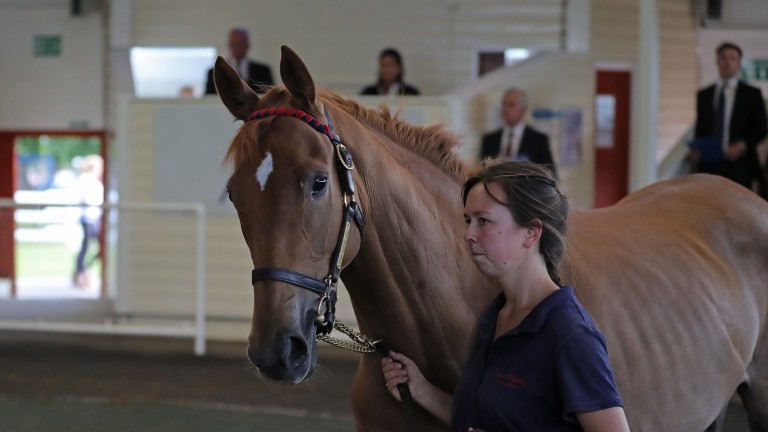 Amelia's Dance was making a brisk return to the Ascot sales ring
Debbie Burt
"She’s by a top stallion in Flemensfirth and I thought she had a nice clean pedigree. She’ll go into training with Donald McCain. She's a strong, deep sort and there are plenty of mares races around."

Prior to midday, the action had been particularly somnolent with many bidders perhaps preferring to enjoy the summer sunshine on the benches outside than venture into the ring. Indeed, prior to the flurry of Flat horses in training, most had been departing for sums that buyers at some of the season's more glamorous events might have found down the back of the sofa.

The first to stretch beyond £10,000 was consistent five-year-old handicapper Juanito Chico (51), who is set to join the Epsom stable of Michael Attwater after a successful final bid of £18,500 by Nigel Spreadbury.

There was an even more protracted duel for Vexed (54), a Charm Spirit half-brother to the Leger runner-up Kite Wood, who had shown patches of promise for David Simcock. It took £20,000 by a telephone bidder instructing Tattersalls’ representative Andrew Hickman, later revealed to be TT Bloodstock.

A few more purchases hovering around the mid-teens gave the event a reasonably encouraging look compared with last year’s fare.

"A clearance rate of 90 per cent demonstrates the solid demand for both Flat and National Hunt horses, with a strong representation of both domestic and overseas buyers. We now look forward to the Tattersalls Ascot Yearling Sale which takes place on Tuesday September 10."