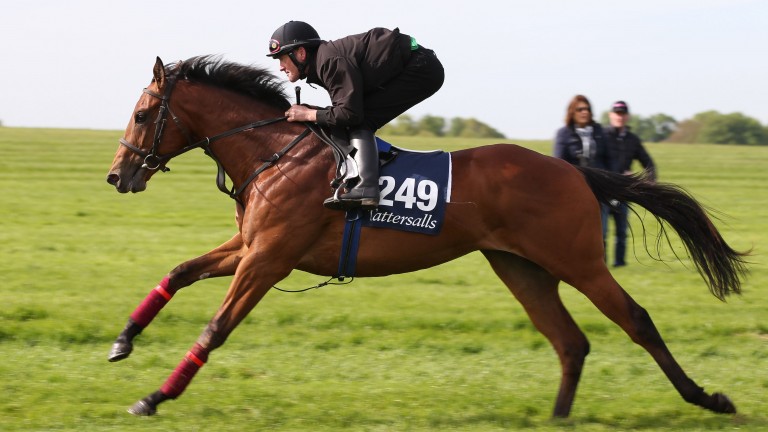 The Tattersalls Guineas Breeze-Up and Horses in Training Sale has long been a source of proven talent, with former graduates such as Far Above, Trip To Paris and Trueshan plying their trade at Group level.

A sense of normality has also ensued after last year's sale was moved to July as a result of the coronavirus pandemic, and confidence among vendors will have been boosted after the Craven Breeze-Up Sale registered a positive set of figures, while the Goffs UK variant produced the finest returns in the history of the sale.

The Breeze-Up Sale, which takes place at 11.30am following the horses in training section at 10am, has produced 30 individual Listed/Group winners since 2018 and includes lots by leading sires such as Camelot, Dark Angel, Kodiac, Sea The Moon, Siyouni and Oasis Dream, while the first-season sires feature Almanzor, Ardad, Cotai Glory and Profitable.

Almanzor's first crop have been eagerly anticipated and Haras d'Etreham's sire did not disappoint when his first runner, Faro De San Juan, struck at Chantilly on Monday. His sole lot here is the Kilminfoyle House Stud-consigned colt (Lot 208) out of Italian Group 1 winner Waikika. 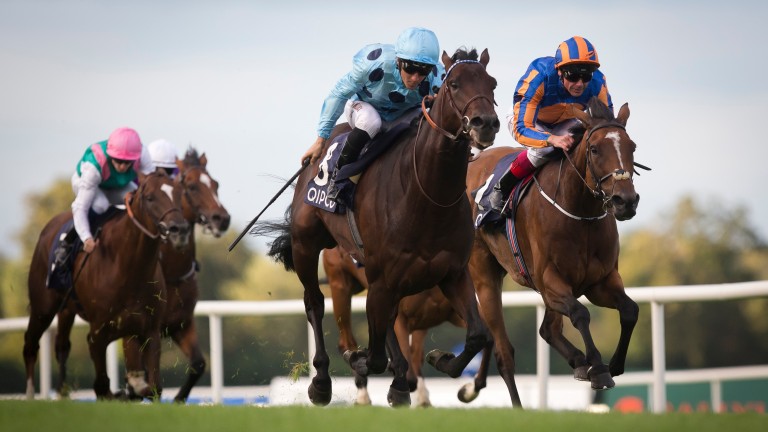 The preceding horses in training sale has also enjoyed plenty of success of late, with Mister Sea Wolf, a 32,000gns purchase from Cosy Seal Racing to BBA Ireland in 2016, winning two Group 2s at Randwick and placing third in the Group 1 Canterbury Stakes last year for Chris Waller.

Other subsequent black-type performers from the HIT sale include Bodhicitta, a 60,000gns buy from Michael O'Callaghan to Meah Lloyd Bloodstock in 2019. The daughter of Showcasing landed the Grade 2 Yellow Ribbon Handicap at Del Mar and finished second in the Grade 1 Gamely Stakes beforehand.

Among this year's offerings are EAM Bloodstock's Crossed Baton (21), a gelded son of Dansili who won Epsom's Blue Riband Trial and was placed in the Prix Eugene Adam and Hampton Court Stakes for John Gosden; Fitzroy House's Heaven Forfend (23), a Frankel gelding who has notched up a brace of recent wins; Nortonthorpe Boy (27), a six-time winner for Phil McEntee; and Alpha King (28), Juddmonte's placed Kingman half-brother to Juliet Foxtrot.

When Selling starts on Friday at 11.30am

*sale held in July due to Covid-19 restrictions

Kilcruit another top-class winner for Stowaway after banishing Cheltenham blues