18 winning point-to-pointers among those catalogued 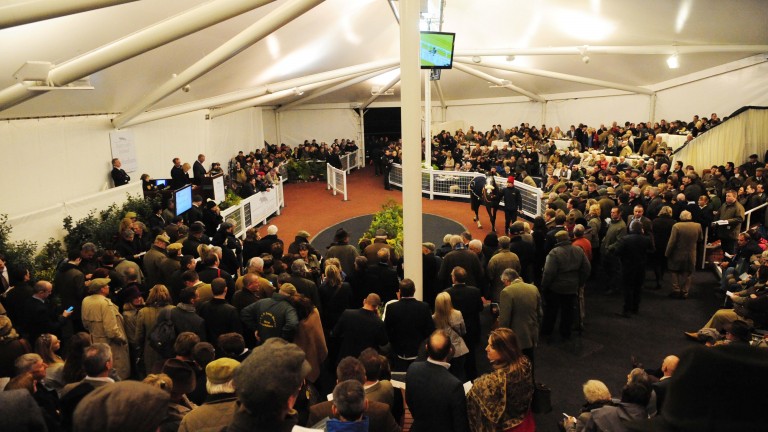 TATTERSALLS IRELAND has unveiled the catalogue for the rescheduled Cheltenham January Sale, taking place on Thursday, February 16, at 1.30pm.

Among the 36 lots catalogued are 18 winning point-to-pointers, four bumper winners and form horses including three from France.

Trainer Arnaud Chaille-Chaille, who was particularly successful at the Cheltenham December Sale having sold Polidam for £145,000 and Max Do Braxil for £160,000.

He consigns Follow Me Soldier (Lot 16), a four-year-old Soldier Of Fortune gelding and winner of a 2m1f hurdle at Pau on his second start. He looks set to be among the more popular lots on offer.

Flemenshill (20) continues the trend of four-year-old point-to-point winners being offered for sale and Colin McKeever's Loughanmore Farms consigns the son of Flemensfirth, who was a winner of a 2m4f point on his only start at Oldtown on Sunday.

The sale also includes part of a dispersal from Nicholas and Clare Piper consigned by Henrietta Knight's West Lockinge Farm.

The catalogue is now available to view online.

FIRST PUBLISHED 4:27PM, FEB 8 2017
Follow Me Soldier looks set to be among the more popular lots on offer