Looking back: the most expensive stores sold at auction 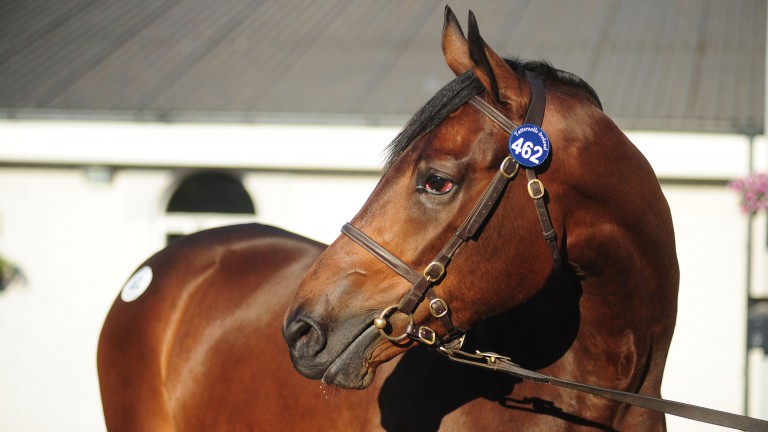 Last week's Tattersalls Ireland Derby Sale came to a spectacular conclusion as a Milan gelding out of Monte Solaro - a three-parts brother to Champion Chase hero Altior - took his turn through the ring five lots from the finish.

Despite the lofty expectations Ballyreddin Stud's son of Milan did not disappoint, with Aiden Murphy and MV Magnier's winning bid of €365,000 surpassing the previous Derby Sale record set 12 years earlier.

During that time, nine other lots have sold for €255,000 or more at Irish store sales, among them a Grade 1 winner, an Irish Gold Cup runner-up and a placed runner in the Irish Grand National.

And while not all of them have managed to live up to their lofty billing, the following 11 horses - nine of whom topped their respective sales - serve as a reminder that panning for gold at the store sales can sometimes produce a nugget or two.

With a physical to match his page, it was little wonder all eyes were on the Milan half-brother to Altior at this year's Derby Sale.

Milan is the progenitor of Champion Hurdle hero Jezki and Grand National scorer One For Arthur, while Altior joined a select club this year after winning his third different top-flight contest at the Cheltenham Festival.

The pair are out of hurdle winner Monte Solaro, by Key Of Luck, who showed she has more than one trick up her sleeve as a broodmare having also produced talented hurdler Princess Leya.

For John Dwan's Ballyreddin Stud, last week's result represented a significant pinhooking triumph, having acquired the sale-topper for €40,000 as a foal.

Corbetstown Queen - who saw her value rocket astronomically from €11,000 as a Tattersalls Ireland November National Hunt foal to €350,000 when sold in the same ring four years later - now serves as a cautionary tale for those brave souls in the business of finding the next future jumps star.

The enormous sum, particularly for a four-year-old filly, is partly explained by the fact her sire Oscar had supplied his first two Grade 1 winners in Refinement and Black Jack Ketchum before her second date with the auctioneer.

Her half-brother Fota Island, meanwhile, had also established himself high up in the two-mile chase division that spring, finding only Newmill too good in the Queen Mother Champion Chase.

Unfortunately, Corbetstown Queen would never pass muster as a racemare or later as a broodmare. She failed to fire in two bumper starts while Suit Yourself, her best runner on Racing Post Ratings with a mark of 126 over hurdles, never lived up to the potential shown earlier in his career. 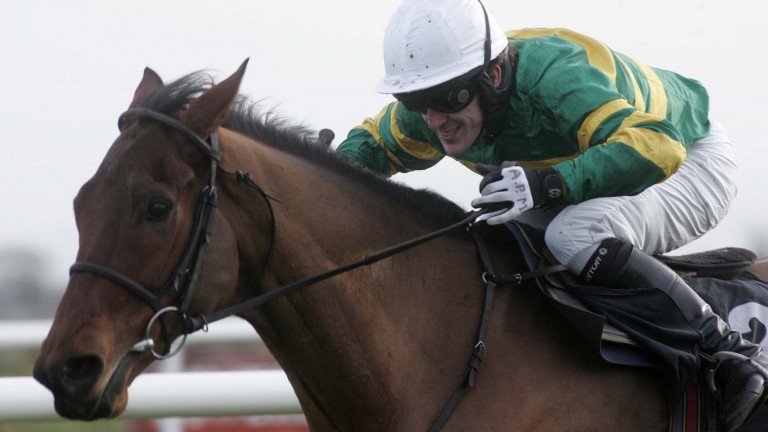 Fota Island: his exploits over fences were part of the reason his half-sister Corbetstown Queen sold for €350,000
Caroline Norris

Presenting's progeny continued to add Grade 1 trophies to their haul during the spring of 2011, the same year his son Sizing Coal topped the Derby Sale when purchased for €340,000 by the late Alan Potts, who also campaigned star chaser Sizing Europe.

Sizing Coal - who originally sold for €30,000 at Tattersalls Ireland as a weanling - is out of Hollygrove Cezanne, an unraced sister to Aintree Hurdle hero Mister Morose, and was put into training with Jim Dreaper.

A durable sort, Sizing Coal finished third to Thunder And Roses in the 2015 Irish Grand National, and won a hunters' chase in April at the age of ten, both races run across the road from the Tattersalls Ireland sales complex at Fairyhouse.

Goldford Stud consigned the two most expensive stores at the 2010 Derby Sale, headed by Empire Of Dirt, a son of influential jumps sire Westerner out of Lismullen Hurdle winner Rose Of Inchiquin knocked down for €325,000.

Purchased in the same ring for €65,000 as a foal, Empire Of Dirt was trained previously by Colm Murphy and now Gordon Elliott for Gigginstown House Stud.

Empire Of Dirt was second to Sizing John in the Irish Gold Cup at Leopardstown and has recorded wins in the prestigious Troytown Chase at Navan and a Grade 3 handicap chase at the Cheltenham Festival.

The Flemensfirth gelding out of Keep Face, a half-sister to 2009 Champion Chase hero Master Minded, topped two different sales - the €110,000 spent on him at the 2015 Tattersalls Ireland November National Hunt Sale looking like money well spent when he smashed the Goffs Land Rover sale record in June.

Offered by Michael Moore's Ballincurrig House Stud on behalf of Patrick McCann, he went the way of Tom Malone to join Paul Nicholls, who knows the family well as he also handled the career of Master Minded. 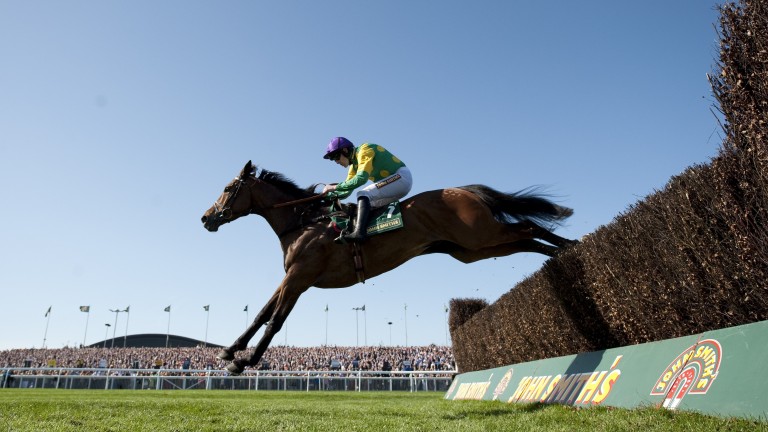 Another son of Presenting to be purchased by Alan Potts for north of €300,000, Mobile Sizer evidently had looks to burn having cost €110,000 as a foal.

Out of an unraced sister to talented hurdler Kings Banquet, Mobile Sizer looked to be on the ascent when winning a Tipperary maiden hurdle for Jim Dreaper on his second start but he failed to fire on his third and final start in a 22-runner handicap hurdle at Leopardstown the following December.

The Bleahen brothers' Lakefield Farm, the same academy from which Sizing Europe emerged, sold Narcissistic for €320,000 at the 2015 Derby Sale.

A half-brother to Graded bumper winner Publican and to the dam of Clondaw Warrior, Narcissistic's granddam is a half-sister to legendary hurdler Night Nurse.

Purchased by Harold Kirk and Willie Mullins, his best performance came when finishing second to Minella Encore in a Fairyhouse bumper last December, for which he earned a Racing Post Rating of 117, though trainer Noel Meade will be hoping he can improve on his last-start sixth.

The second of two four-year-olds to make this list, Lord Ragnar raced in the colours of Richard Kelvin Hughes and was trained by Nicky Henderson after topping the 2007 Derby Sale, when bought by Gerry Griffin for €305,000.

The son of King's Theatre recorded two wins in 15 starts under rules, including a Class 3 handicap hurdle at the Cheltenham December meeting, though career prize-money of £13,909 will not have stretched far enough to cover training fees for the pricey store. 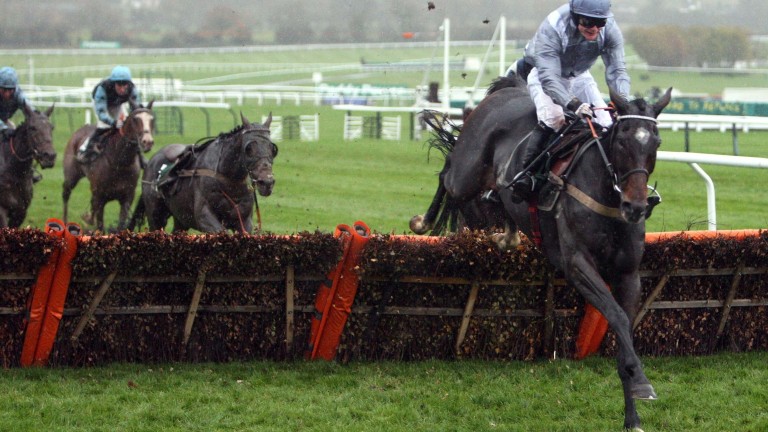 MV Magnier played his hand at €260,000 to secure a Flemensfirth half-brother to Sizing Europe, then a Graded-placed hurdler.

The son of Pistolet Bleu may have given some indication of what he would eventually go on to achieve in a glittering career that singled him out as one of the best two-mile chasers of the recent era, but this son of Flemensfirth would never grace a racecourse.

While lavish sums of money were spent on the horses that feature in this list, it is surprising that of those only First Lieutenant has recorded a Grade 1 win, landing the Betfred Bowl at the 2013 Aintree festival.

He was also an admirably consistent performer, recording podium finishes in 15 of his 22 starts in Grade 1 company, and most recently finishing third in a banks race at last year's Punchestown festival.

The grandson of smart chaser Sea Gale is one of three sons of the late Presenting to make this list.

Defi Bleu is one of four in this list to race in the colours of Gigginstown House Stud, a huge investor in Irish bloodstock in recent years, though the question of whether his racing career will take off is still up in the air.

Lakefield Farm sourced the son of the much-missed Saddler Maker  - who is a half-brother to smart chaser Upsilon Bleu and from the further family of top-class two-mile chaser Edredon Bleu - out of a field in France, and sold him on for €255,000 at the 2016 Derby Sale.

Defi Bleu showed his rivals a clean pair of heels on his bumper debut at Navan and will have benefited from the experience of being stepped to Grade 2 company on his most recent start.

FIRST PUBLISHED 6:00PM, JUL 6 2018
The following 11 horses serve as a reminder that panning for gold at the store sales can sometimes produce a nugget or two