Little-known sires clash with sales-topping might in Breeders' Cup 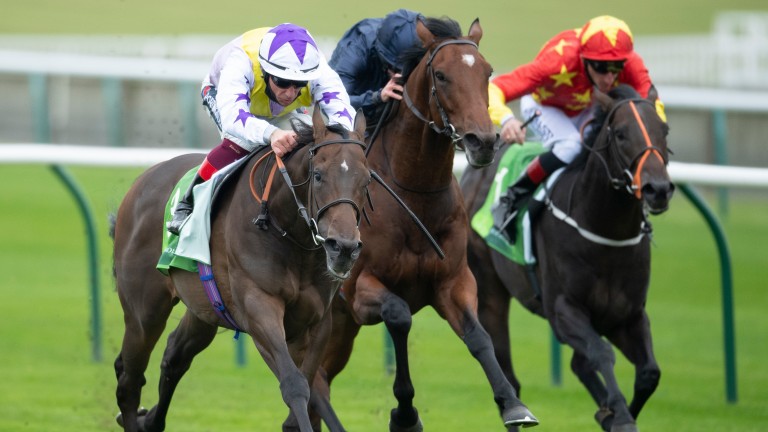 New Mandate (left) is attempting to give sire New Bay a first top-level victory
Edward Whitaker
1 of 1
By Tom Peacock UPDATED 10:28AM, NOV 7 2020

Less is more is not exactly the mantra adopted by Breeders' Cup organisers, given that two-year-olds used to have only the option of trying their luck on dirt but now have their own dedicated undercard day.

That there are now five juvenile races diminishes the chances of another Arazi moment, that unforgettable minute and three-quarters in sport when it felt as if the whole world was watching, but opportunities are now there for many more youngsters who would have never been risked in the heat of a Breeders' Cup Juvenile.

Stallion Atta Boy Roy will not be a familiar name to the general racing reader but he certainly is to Valorie Lund, as he was her first ever Breeders' Cup runner when tenth in the Sprint a decade ago. Bodenheimer is her second starter at the meeting in the Turf Sprint (7.30pm GMT) and is a son of Atta Boy Roy, earning his place in the line-up with a course and distance win in the Indian Summer Stakes.

Lund picked up the colt for $27,000 at a Washington Thoroughbred Breeders and Owners Association sale. She is such an enthusiast for the stallion, who was initially standing for a $2,000 fee in Washington, that, along with sister Kristin Boice, she agreed a deal to buy Atta Boy Roy and move him to the mainstream at War Horse Place in Kentucky, to stand for $7,500.

Ballylinch Stud will surely be considering delaying an announcement of their 2021 fees until New Mandate's appearance in the Juvenile Turf (8.10pm) and there is a very real chance of a Group 1 winner for their freshman stallion New Bay.

That Ralph Beckett's New Mandate ranks as one of the French Derby scorer's two Group winners already is encouraging news, as he was not a precocious talent himself. That €15,000 fee for this year might get a bit of a rejig; note the contribution of his Canadian-bred rival Gretzky The Great to first-season sire Nyquist's fee almost doubling to $75,000 next year.

It was only five months ago that agent Gary Young signed for the top lot at the Ocala Spring Sale, reaching $1,350,000 for a daughter of first-season sire Not This Time. Young had been impressed with the time of her workout, and was bidding with a client, who turned out to be Amr Zedan, on the phone. Young said at the time: "Originally we were going to $1 million and he said, 'Keep going, keep going'." 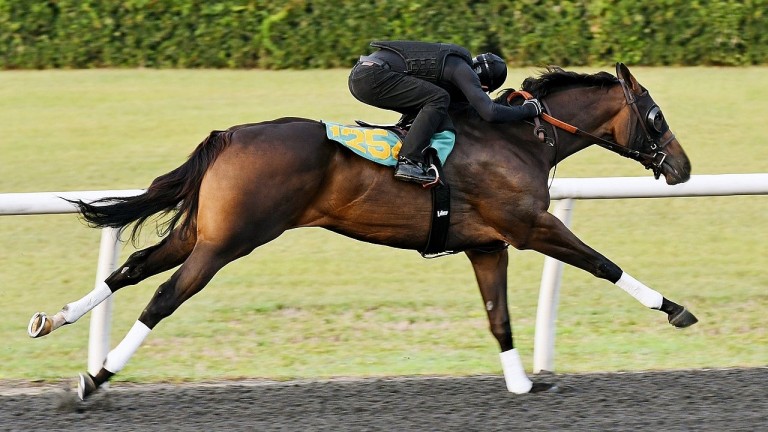 Princess Noor, as she is called, has recouped some of the investment with two stakes wins for Bob Baffert and is the likely favourite for the Juvenile Fillies (8.50pm).

European sales companies will be particularly satisfied with the shape to the Juvenile Fillies' Turf (9.30pm), with Tattersalls October graduate Newspaperofrecord capturing the US imagination in the same race a couple of years ago.

Brad Cox's Aunt Pearl, similarly another daughter of Lope De Vega and unbeaten for American interests to date, was bought from Ballylinch for 280,000gns at last year's Book 1. Campanelle, the Queen Mary and Prix Morny winner, arrived with Wesley Ward for 190,000gns from that same event.

As Ken Condon's Miss Amulet has already proved with her triumph in the Lowther Stakes, such events are not the exclusive domain of six-figure yearlings. She was twice traded for four figures at Goffs and Tattersalls Ascot before her private transfer to the Tabor family.

Dennis Albaugh and son-in-law Jason Loutsch are in for an exciting few hours as not only does their Albaugh Family Stables have the exciting Girl Daddy in the Juvenile Fillies, but Dale Romans also saddles surprise package Sittin On Go in the Juvenile (10.15pm).

Sittin On Go had won a maiden at low-profile Ellis Park before causing an upset by powering through late in the Iroquois Stakes at Churchill Downs.

It was achieved in a similarly stealthy manner to his sire Brody's Cause, who gave the Iowa-based connections their first Grade 1 at this same Keeneland track five years ago, landing the Breeders' Futurity before finishing fifth to Nyquist in this very race.

The Albaugh family, who also owned and bred 2016 runner-up Not This Time, have been standing Brody's Cause at Spendthrift and he has been quietly making an impression from his first crop. They supported him with the $65,000 purchase of Sittin On Go.

FIRST PUBLISHED 6:00PM, NOV 5 2020
As Miss Amulet has already proved with her triumph in the Lowther Stakes, such events are not the exclusive domain of six-figure yearlings