Lightning Moon to stand at stud in Spain

Five-year-old is a son of Shamardal 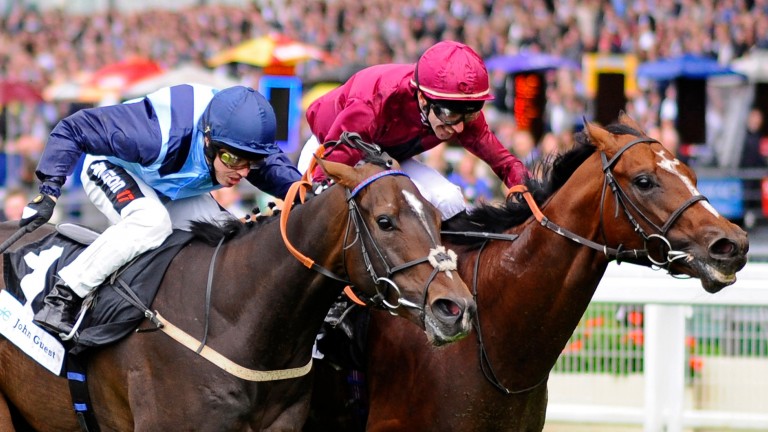 Spain has an interesting new stallion prospect in Lightning Moon, who has been retired to Yeguada Torre Duero near Valladolid.

The five-year-old was trained by Ed Walker to win his first three starts, culminating in a head victory over Danzeno in the Group 3 Bengough Stakes at Ascot in 2014.

He was subsequently sold to Godolphin, but remained with Walker, and last year he finished a head second to Jack Dexter in the Listed Wentworth Stakes at Doncaster.

He was bred by Michael Collins out of the winning Peintre Celebre mare Catch The Moon, making him a half-brother to Listed scorer Song Of My Heart.