Lawman takes charge with Group wins in Australia and France 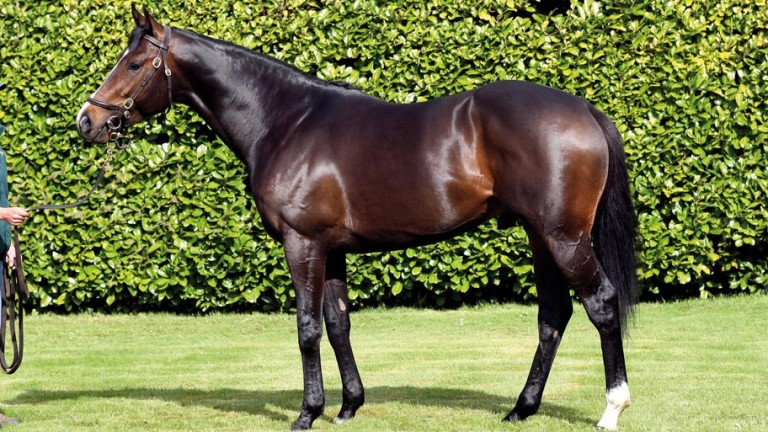 Lawman made his mark on either side of the world within the space of a few hours as a double took Haras de Grandcamp’s stallion to 19 individual Group winners.

Now through 12 seasons at stud, finishing his first in France after a long spell at Ballylinch, the 15-year-old struck first in the Group 2 Schweppes Crystal Mile at Moonee Valley in Australia when Jamie Spencer got British-trained raider Chief Ironside up on the line.

Then, in the Group 3 Prix Belle de Nuit at Saint-Cloud, the remarkable Monica Sheriff powered along the fence for Tom Marquand to extend her winning sequence to five.

The latter, trained by William Haggas, is a homebred for the Duke Of Devonshire out of the late Montjeu mare Require, from a fine family cultivated by the aristocratic landowner including the Coronation Cup and Prix Royal-Oak scorer Ask.

Chief Ironside, Best Of Days and Cliff's Edge hit the line at once but it's Chief Ironside who comes out on top! @JPSPENCER1980 @DavidMenuisier pic.twitter.com/tgllxnFgP7

Monica Sheriff was an odds-on favourite after taking a heavy ground Goodwood handicap by 20 lengths a month ago, this time scoring by a more pragmatic length and three-quarters.

Chief Ironside, meanwhile, hails from the Barnett family’s Time Charter line. His dam, Moment Of Time, is a half-sister to the French Oaks runner-up Time Ahead and Musidora winner Time Away.

The colt was bought by his former owner, Clive Washbourne, and former trainer, William Jarvis, for 155,000gns at Tattersalls Book 2 in 2016 before being transferred to David Menuisier and an Australian Bloodstock partnership.

Lawman, best known for being the sire of St Leger winner Harbour Law and Irish Guineas scorer Just The Judge, has not sired a sixth Group 1 winner this year yet but his reputation as a broodmare sire has been embellished by electric sprinter Battaash.

A French Derby and Prix Jean-Prat winner on the track, Lawman’s fee was maintained at €15,000 this year.