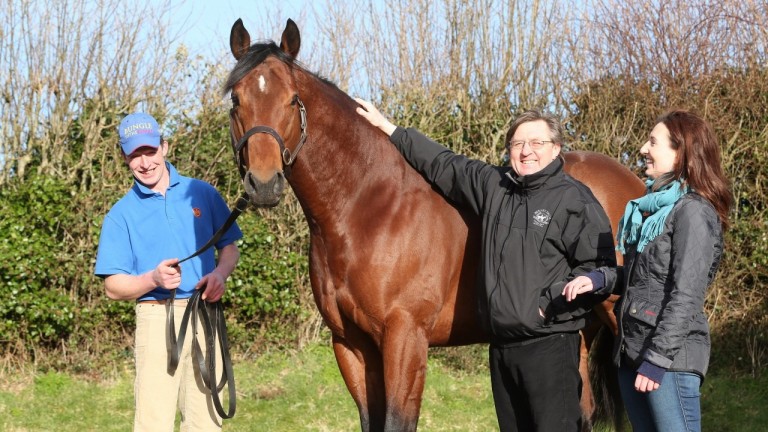 The strength and depth of this year's first-season sires suggested the race for leading freshman honours would be a competitive heat. However, at this admittedly early stage, Rathasker Stud's Bungle Inthejungle has stolen a march over his rivals.

The son of Exceed And Excel has already chalked up 11 individual European winners - more than double his nearest rivals, with Kuroshio on five and Gregorian and No Nay Never tied on four apiece.

He also made his stakes race breakthrough when Sopran Artemide landed the Listed Premio Vittorio Crespi at Milan on Saturday, joining No Nay Never on the list of freshman sires to supply a black-type winner in 2018.

Moreover, Rathasker's homebred Jungle Inthebungle emulated his sire by landing the Brian Yeardley Two Year Old Trophy at Beverley on Saturday, a performance that saw the stud's Maurice Burns dusting off his top hat, with a tilt at Royal Ascot next on the colt's agenda.

"We're going to enter him for all three two-year-old races at Royal Ascot as you never quite know what the ground is going to be like over the course of the week and the horse loves fast ground." 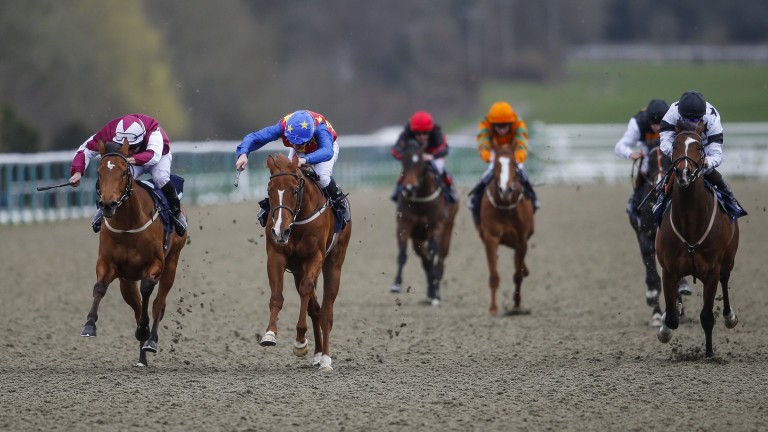 Jungle Inthebungle - who runs in the colours of Burns' wife Theresa - was offered at the Tattersalls Ireland September Yearling Sale last year, but when the bidding reached just €8,000 the decision was taken to bring the colt back into the Rathasker fold.

The Mick Channon-trained runner has won two of his three starts - and finished runner-up under a penalty on his other outing - for a prize-money haul of £26,695.

The colt displayed numerous admirable qualities when winning at Beverley, first having to switch around horses to launch his challenge and then showed a thoroughly genuine attitude to repel the runner-up by half a length.

"We retained him as a yearling and sent him to Denis Cullen," explained Burns. "He breaks all our horses, and he's a wonderful fella for getting a horse balanced and having a good mouth on them, so when you ask them to change direction they do it immediately. That makes a huge difference when they start racing."

And Jungle Inthebungle is not the only horse who could be flying the flag for Bungle Inthejungle at the royal meeting, with the likes of Rumble Inthejungle and Country Rose also due to be given entries.

"He has five horses that could go to there," said Burns. "I'm not sure if the Italian filly [Sopran Artemide] is going to come over or not but she was very impressive when she won the Listed race. She looks very fast."

While it may be something of a surprise that any stallion has been able to build up such a decisive lead in the first-season sires' table, the attributes that Bungle Inthejungle has passed on to his progeny are precisely what Burns anticipated. 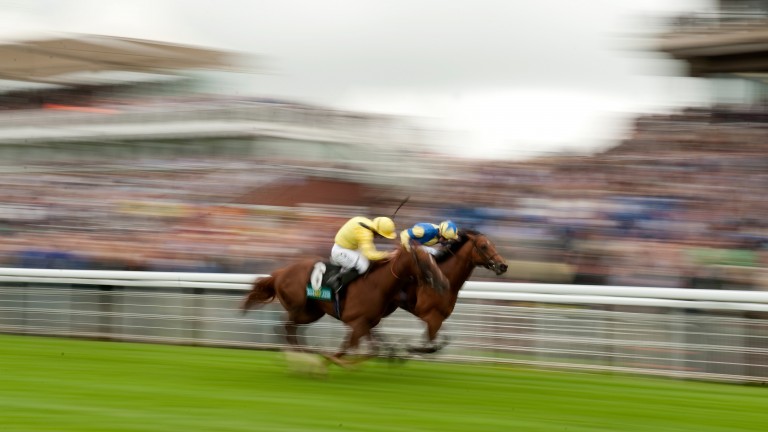 "He reminded me a lot of Mujadil, who we also had here. He had a similar start and he was a stallion that was well capable of producing two-year-olds that could get to Ascot. I wished and hoped that Bungle Inthejungle would be something similar and thank god he is."

While Burns is buoyed by the similarities between Bungle Inthejungle and the redoubtable Mujadil, he also said that the additional physical prowess possessed by the current Rathasker resident was a source of optimism when it comes to 'Bungle' maintaining his early momentum.

"He's different from Mujadil physically," he said. "He's 16.2 so he's a big horse for a sprinter. His stock have plenty of size too so they should be able to go on throughout the year. He's had around 25 runners so far from a crop of 95 so there's still a lot of horses out there to run.

"There's also a lot of horses that have already run that are on the verge of winning so we're hopeful that he's going to keep on producing winners and stakes horses.

"Most of his runners out there are a good 12 pounds better than the previous progeny of the mare, so it looks like he's putting that bit of extra speed into them. He has to keep it up, but at the moment it looks like he's upgrading his mares."

And make no mistake, any stallion that begins life at a covering fee of €5,000 will have to make their own luck, with the best mares inevitably finding their way to the stallions who reside at the upper end of the market.

"Stallions that stand for under ten thousand aren't going to be getting the cream-of-the-crop mares," said Burns. "There's no Queen Mary Stakes winners or champion two-year-olds there. They'd be lucky to cover half-sisters to those horses.

"But if the stallion keeps going then you hope that you'll end up like one of the other sires that has broken through, and at the moment Bungle is doing extremely well."

Given how bright a beginning he's made, there's no saying quite how far Bungle Inthejungle can go. But whatever heights he scales, there would be no more fitting endorsement of his fast start than with a Royal Ascot winner.

Who is Rajj? The answer to the question on everyone's lips

FIRST PUBLISHED 6:00PM, JUN 14 2018
His runners out there are a good 12 pounds better than the previous progeny of the mare, so it looks like he's putting that bit of extra speed in