Last of the Presentings: trio of final-crop foals bound for February Sale 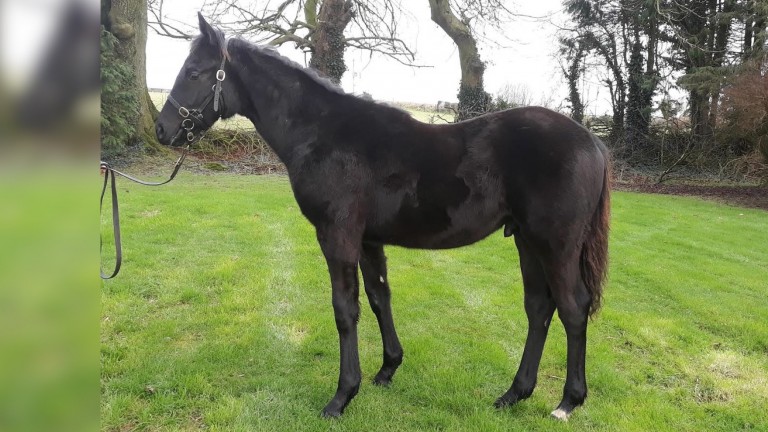 The last registered colt by Presenting out of the classy chase mare Cool Quest
Ballincurrig House Stud
1 of 1
By Ollie O'Donoghue 4:00PM, JAN 28 2019

A light went out in the world of jumps breeding when Presenting - the sire of two Gold Cup heroes in War Of Attrition and Denman - was put down due to the infirmities of old age in August 2017. The son of Mtoto had just completed his 21st covering season at Glenview Stud in Fermoy, County Cork.

Now buyers will be given the opportunity to purchase three final-crop colts all destined for the Tattersalls Ireland February Sale, which begins at 10am on Tuesday.

Among them is the sire's last registered colt in the 2018 Weatherbys Return of Mares - a brown colt foaled on June 15 out of the high-class chase mare Cool Quest (lot 132), consigned by Ballincurrig House Stud.

Cool Quest has had two runners to date with the five-year-old Gold Well gelding Sole Pretender a winner of two of his four starts for Norman Lee, and her Kalanisi son Raising The Bar second in a Huntingdon bumper for Nicky Henderson on his most recent start.

The Turtle Island mare is a sister to Glenquest, who was third in the 2014 Welsh National and placed twice in the Grade B Troytown Handicap Chase at Navan. Meanwhile the mare's Kalanisi half-sister Kalli's Quest opened her account impressively in a Dungarvan mares' maiden on Sunday.

There's a history of high-priced foals in the family, with the mare's 2016 Presenting colt having sold for €39,000 at the Tattersalls Ireland November National Hunt Sale.

The first Presenting colt listed for sale is a half-brother to smart handicapper The Way We Were (25), who will be consigned by Fortmiddle Stud on behalf of Nelius O'Keeffe. The bay colt out of Kalanisi mare Shuil Away was born on June 8.

Completing the trio is the Glen Stables-consigned colt out of Maxwells Demon (249), a King's Theatre sister to the Albert Bartlett Spa Novices' Hurdle runner-up African Gold, foaled on May 23.

All three are likely to have benefited from being given extra time to mature.

The last-registered filly by the sire, meanwhile, was bred by Amanda Lindsell out of Alphadite - already the dam of Monsamou, a dual Grade 3 chase winner in France - and was born two days after Cool Quest's colt on June 17.

The catalogue - which counts the ill-fated Willoughby Court and Keeper Hill among its graduates - features many other exciting National Hunt pedigrees.

They include a March-foaled Shantou colt out of Ned's Joy, an unraced sister to The Tullow Tank and half-sister to Many Clouds, and a May-born colt by the same sire who is a brother to Grade B handicap hurdle winner Jimmy Two Times, with both offered by Burgage Stud.

Cleaboy Stud and Coppice Farm will offer a May-foaled colt out of Pomme Tiepy, the dam of Grade 1-placed novice chaser Mortal. The colt is by sire-of-the-moment Doyen, whose son Battleoverdoyen won the Grade 1 Lawlor's Novice Hurdle at Naas earlier this month.

Studs, sires and Guinness stew: on the road for the Irish Stallion Trail

FIRST PUBLISHED 4:00PM, JAN 28 2019
All three are likely to have benefited from being given extra time to mature