Laoban to stand at Sequel Stallions in New York in 2017 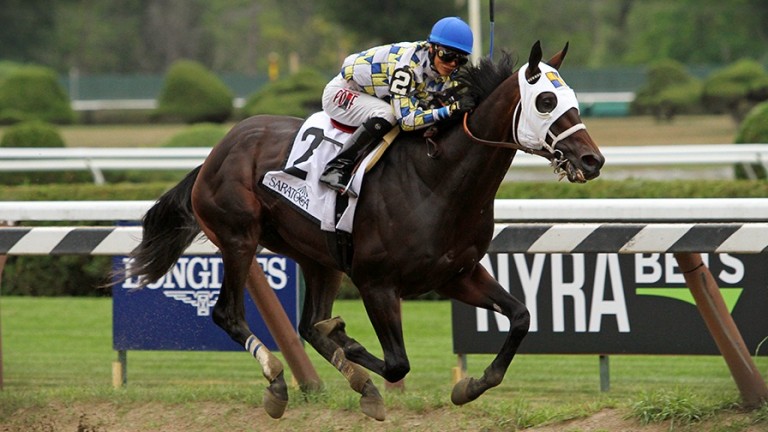 He had been retired after sustaining a soft-tissue injury.

The three-year-old son of red-hot US sire Uncle Mo is out of the Speightstown mare Chattertown, a sister to the winner That's How I Roll and half-sister to the twice Listed winner in Japan Obruchev and the Graded-placed Bluegrass Chatter.

His only win came in the Grade 2 Jim Dandy Stakes at Saratoga, when he saw off Governor Malibu by one and a quarter lengths.

Laoban ran three times at the highest level, including the Blue Grass Stakes at Keeneland, the Preakness Stakes and the Travers Stakes.

Becky Thomas, a partner in Sequel Stallions, told the Daily Racing Form: "We are so excited to be able to offer our clients this very exciting prospect. He looks just like Uncle Mo.

"He's gorgeous. We are particularly excited to partner with such a great group of horsemen and breeders. The mares that will be presented to him will be second to none."

FIRST PUBLISHED 4:08PM, DEC 16 2016
We are so excited to be able to offer our clients this very exciting prospect. He looks just like Uncle Mo