'La Route de Newmarket' an initiative worth getting behind 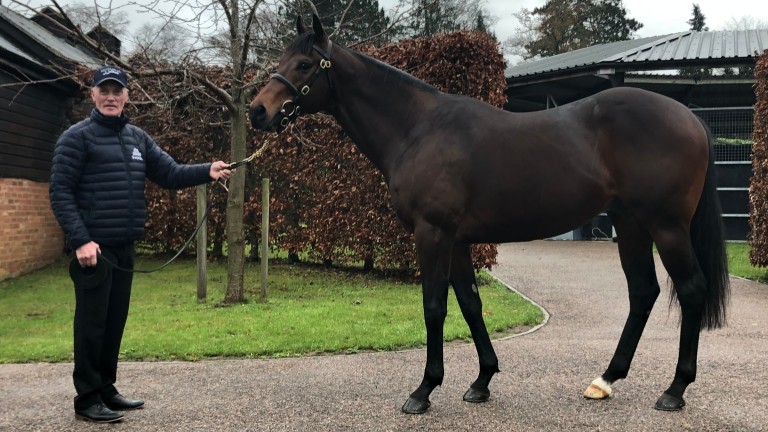 Taking advantage of the large number of visitors in Newmarket for the Tattersalls December sales, stud farms across town have been throwing open their gates to show off their stallions.

Banstead Manor, Cheveley Park Stud, Dalham Hall, Lanwades and the National Stud have all been busy welcoming guests in the last few days, while several operations based outside of Newmarket have brought their horses to headquarters.

The Tweenhills Stud roster – including recently crowned Cartier European Horse of the Year Roaring Lion – are stationed at Longholes Stud, the Shadwell squadron are based at Beech House Stud and Whitsbury Manor Stud newcomer Havana Grey and Bearstone Stud recruit Washington DC are at Crockfords Stud, a short walk from the Solario yard at Tattersalls.

Inevitably it was the new faces on parade who provoked the most conversation.

Everyone will have their own opinions, but a few jots in my notebook read that Jungle Cat, at Dalham Hall but standing over the Irish Sea at Kildangan next year, was a pleasant surprise as he is in possession of a quite striking physique; that Roaring Lion is the consummate professional and must have some constitution and character to be showing no ill effects from his horrific experience at the Breeders' Cup; and that Havana Grey has a serenely even temperament to go with his manifold other claims.

It is not all about the debutants though, and the journey around Newmarket also showed that Muhaarar has let down extremely well. He and Mukhadram at Beech House Stud were among the most proficient posers, which is testament to the powers of Shadwell's senior stallion handler Ron Lott.

Sea The Moon remains one of the most talked about stallions in Newmarket, with the industry seemingly united in its admiration of the bold start made by the German Derby winner with his first two-year-old runners this year. He is available to view at Lanwades Stud.

Another enjoyable spot of extra-curricular activity between the foal and mare sessions of the December sales was the auction of stallion nominations in aid of Retraining of Racehorses, held at Tattersalls on Sunday.

The bidding illustrated that the studs who had generously given seasons to the cause had been remarkably perspicacious in setting 2019 covering fees in accordance with market demand.

Top lot was the nomination to Oasis Dream, donated by Juddmonte, which was knocked down to Ballylinch Stud's John O'Connor for £33,000 – just £3,000 above the stallion's recently revealed price.

Ibrahim Araci was a keen supporter of the auction, giving successful bids on the nominations to Cracksman and Nathaniel for £26,000 each. Both names are advertised at £25,000 for next year's breeding season.

The auction raised £147,000 in total for RoR, money that chief executive Di Arbuthnot said would “support the ongoing expansion of the charity's activities, in particular the work we do in educating new owners of former racehorses”.

All in all, there is plenty to enjoy in Newmarket while the serious business goes on at Park Paddocks.

At the moment, it appears to be down to studs to advertise their open days, with many even providing transport from Tattersalls. But the town's answer to the hugely popular ITM Irish Stallion Trail or Normandy's Route des Etalons arguably deserves more co-ordinated and further reaching promotion from industry bodies.

The Route de Newmarket, if you will, could be an initiative that attracts interest – and, more importantly, investment – in the British breeding industry.

FIRST PUBLISHED 4:16PM, JAN 12 2019
Sea The Moon remains one of the most talked about stallions in Newmarket