Former amateur rider will continue to operate out of Peel Hall 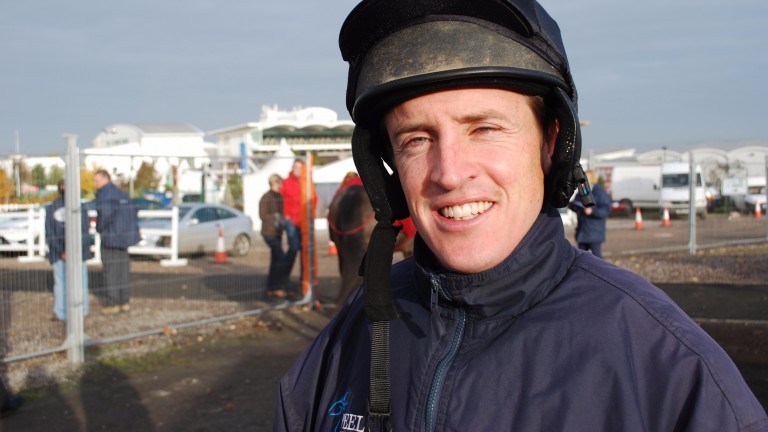 Will Kinsey rode two winners at Cheltenham as an amateur rider
(racingpost.com/photos)
1 of 1
By Ollie O'Donoghue UPDATED 11:30AM, SEP 16 2017

Trainer Will Kinsey is to hand in his licence in order to concentrate on bloodstock. He will continue to operate out of Peel Hall in Cheshire, a 500-acre farm, dividing his time between farming and bloodstock.

Peel Hall has pinhooked a number of talented jumps performers, such as three-time Grade 3 novice chase winner Baily Green, who finished second to Simonsig in the 2013 Arkle Chase and second to Felix Yonger in the Punchestown Champion Chase two years later.

Others to pass through the Peel Hall academy are talented novice chaser Premier Sagas and the promising Harry Fry-trained hurdler Bags Groove.

The hunter chase meeting at Cheltenham has proved a happy hunting ground for Kinsey. As an amateur rider, he guided Hip Pocket (who he also trained) and Special Portrait to victory, while Frelia, an Oscar filly he sourced for just €600, scored at this year's meeting.

"The decision was made primarily due to my expanding bloodstock and farming interests," he explained. "Because of these, I felt I could no longer commit the necessary time to the horses in training and my owners.

"My bloodstock business, Peel Bloodstock, has been growing over recent years and I have been spending more and more time away at the sales buying and selling.

"We currently have around 14 National Hunt broodmares and 40-plus horses, from foals to three-year-olds, which will all be going to the sales.

"We have had some fantastic days through training, most notably with my first two runners ever – Alpha Victor and Kykate – winning at Sedgefield on the same day, back in 2012, and also Alpha Victor finishing a close second in the Midlands National in 2014.

"We will continue to have horses here in pre-training, for ourselves and for clients, before sending them on to their respective trainers –to whom I wish the best of luck and success.

"I would like to take this opportunity to thank all of my owners, staff, friends and family for all of their loyal support along the way, most notably my parents and my very patient wife Sara and our two little girls Amber and Maggie – with whom I now hope to spend a bit more time!"

FIRST PUBLISHED 3:52PM, SEP 15 2017
Peel Bloodstock has been growing over recent years and I have been spending more and more time away at the sales buying and selling