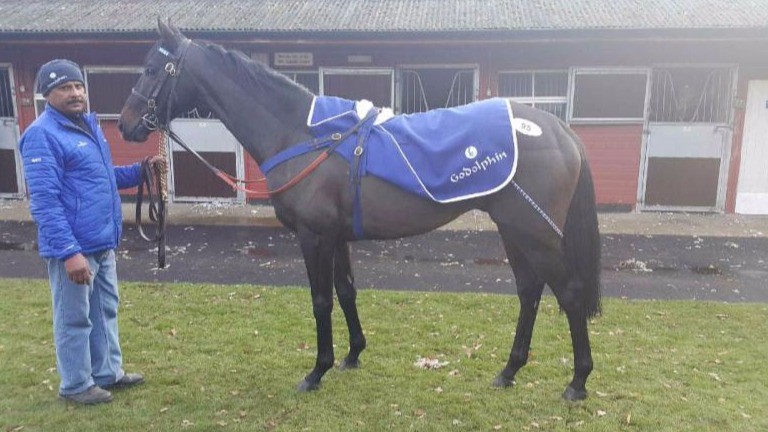 The Godolphin draft proved the big draw at the Tattersalls Ireland Ascot December Sale on Monday when trainer Neil King went to £85,000 to secure Canyon City.

The docket was signed by Oliver Murphy who was acting on behalf of King.

A three-year-old son of Authorized, Canyon City had been purchased by John Ferguson for 275,000gns at the Tattersalls October Yearling Sale in 2014.

Under the care of Andre Fabre he ran a total of six times, finishing second on four occasions and was last seen finishing third in a Deauville maiden in October.

He is from a famed Meon Valley Stud family as his second dam produced Group 1 hero Kayf Tara, who has since gone on to establish himself as a leading source of top-class jumpers.

King said: “He’s shown a very high and consistent level of form on the Flat in France on ground ranging from heavy to good. I loved the horse as an individual, he ticked all the boxes for me, and he’s by the right sire to go juvenile hurdling.

“He was bought on spec and I’m looking for an owner for him as he’s for sale. I’ll geld him when he gets home and then school him over hurdles in the new year. There’s plenty of really nice juvenile hurdle options next year.”

Neil Mulholland was another trainer who added to his string when he parted with £26,000 for the Rebecca Curtis-trained Cornish Warrior.

The five-year-old son of Oscar has run four times under rules and most recently finished third to Impulsive Star in a maiden hurdle at Ffos Las last month.

Cape Dignity, a three-year-old son of Teofilo, was the third highest price of the day when selling to Elton Racing for £20,000.

Trained by Hugo Palmer the colt had finished third and fourth on his two starts this year.

FIRST PUBLISHED 6:42PM, DEC 5 2016
I loved the horse as an individual, he ticked all the boxes for me