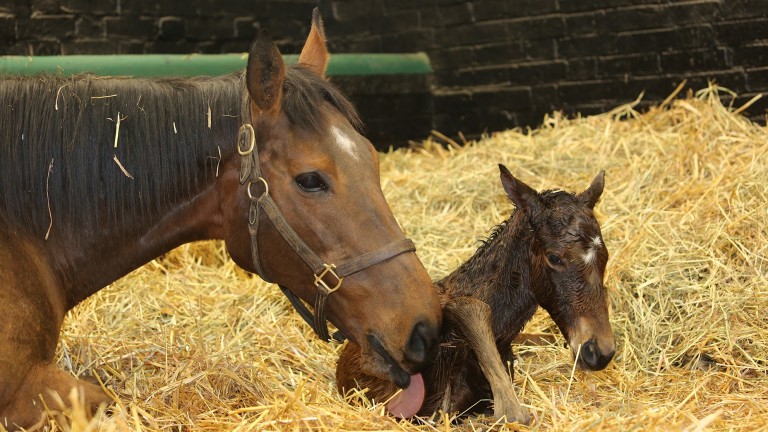 Frankel had not long retired to stud when one day in late 2012 I managed to get on to a press trip to see him at his new home at Banstead Manor Stud, which is just five miles outside Newmarket near the village of Cheveley.

I can remember many cameras clicking and the early versions of iPhones much in evidence to capture an image of the 14-time unbeaten colt as he stood outside his new stallion box, ahead of commencing stud duties in the coming weeks.

Although renewing acquaintance with the superstar that I'd followed around Newmarket Heath for the previous three years was mind-blowing enough, what I wasn’t prepared for was then being shown his dam, Kind, an occasion that had all the reverence of meeting the Queen Mother.

The mare was then 11 and at the time was carrying a full-brother to Frankel, but I'll always remember she still looked very strong, much like the sprinter she was on the track during her own racing days.

She had so much on her backend it was easy to see where Frankel got his speed from. It was often said quietly that her most famous son could have won a July Cup, and on this evidence you wouldn’t have bet against it.

If that was not enough, Kind was being shown at this time upsides the multiple Group 1 winner Midday, who was likewise in foal to Galileo.

On top of that, and it was hard to believe it could get any better, the site of this meet and greet was adjacent to the Juddmonte equivalent of Bethlehem and Mecca rolled into one, the very foaling boxes where Frankel (box five), Kingman and Dansili were brought into this world.

It’s a day that will long live in the memory.

FIRST PUBLISHED 2:32PM, MAR 8 2021
It was often said quietly that her most famous son could have won a July Cup, and on this evidence you wouldn’t have bet against it