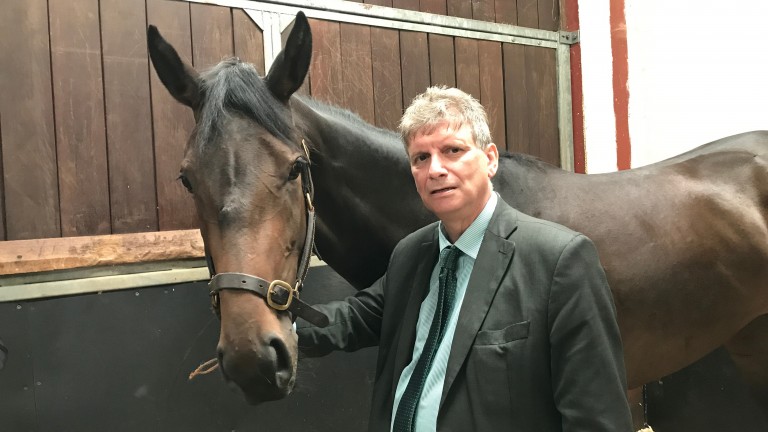 Smart thinker: Stuart McPhee with another mare in his collection
1 of 1
By Martin Stevens UPDATED 12:30PM, MAY 13 2020

A buyer's market usually prevails at bloodstock auctions during economic downturns, with bargains available for those prepared to do their homework or think outside the box.

A small breeder from Kent has seized on such an opportunity by unearthing a maternal 'cousin' to Frankel, no less, for a scarcely believable A$13,000 (£6,800/€7,800) in the Inglis Australian Broodmare Sale held online on Sunday.

Endless is thus a half-sister to Kind, the Listed-winning dam of unbeaten dual world champion Frankel – now one of the world's leading young sires – and multiple Group 1 winner Noble Mission.

This most cherished family rarely comes on the market, but former mining magnate Nathan Tinkler managed to buy Endless as a three-year-old for 105,000gns at the Tattersalls December Breeding-Stock Sale of 2009, when Frankel was on the verge of turning two.

Endless joined Tinkler's Patinack Farm operation in Australia, and Star Effort is the result of her mating with home stallion Casino Prince – a Group 1-winning son of Flying Spur who became the sire of champion All Too Hard and is now based at Vinery Stud.

Endless made few waves with her Australian-bred progeny – including Star Effort, who was unraced – and since Tinkler's fall from grace and the dispersal of the Patinack Farm stock she has now returned to be bred from in Europe. 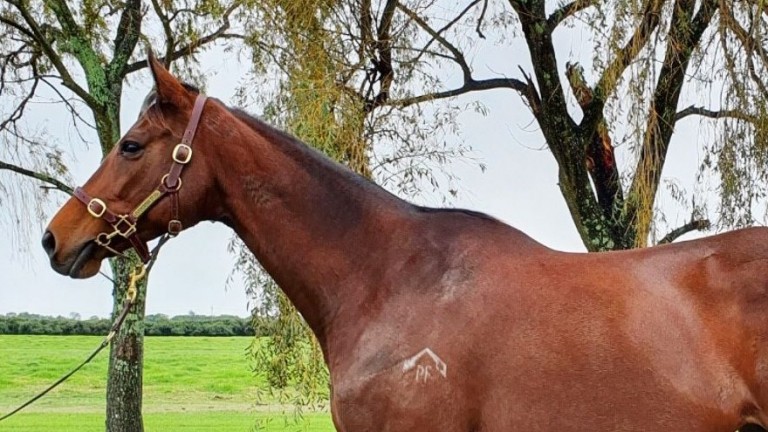 With three unraced foals on the ground, Star Effort found herself part of the Evergreen Stud Farm draft for Sunday's Inglis sale, usually a live event in Sydney but forced into being held online-only this year by the coronavirus crisis.

This is where McPhee came in, or rather logged on. He takes up the story.

“I'd tried to get involved with another Inglis online sale a few weeks ago, after I'd seen someone on Twitter commenting that they had noticed mares selling for much less than the covering fee of the sires they were in-foal to,” he says.

“So I had a look and there were indeed horses going surprisingly inexpensively. I registered to bid at that sale, but there were only a few pedigrees I was familiar with – naturally, most were from deep Australian or New Zealand families.

“I placed a few bids but I set myself low limits and didn't end up getting anything. The important thing, though, was that I got through the registration process and was ready for next time. Inglis were very helpful in telling me what to do and putting me in touch with some studs down there.”

McPhee was better prepared for the Australian Broodmare Sale, which comes after the Chairman's Sale of elite racemares but still recorded an average price of A$39,384 with a top lot who made A$260,000.

“I upped my spending limit a little for this sale, as there were a few more mares who had either raced up here or were from European families,” McPhee says. “There were even a few mares by Shamardal, which will obviously be at the top of most breeders' wish lists after the year he had.

“But it was this one mare, Star Effort, who took my eye, as she just had the most fantastic page – you don't get much better than being a close relation to Frankel.

No wonder McPhee was pessimistic when you dig further into the family history.

“I was aware that Star Effort had not sold for A$200,000 two years ago [at the Inglis Chairman's Sale],” he explains.

“Even more remarkably, Endless had made A$1.05 million not that long ago [when bought by Sheikh Mohammed Bin Khalifa Al Maktoum from the Patinack reduction at the 2013 Magic Millions National Broodmare Sale].

“Her two-year-old filly by Teofilo is with Gai Waterhouse, too, so that could deliver a nice pedigree update in time, and she's also comparatively young at nine.”

But there were a few reasons for hoping she could be secured cheaply, as McPhee points out. 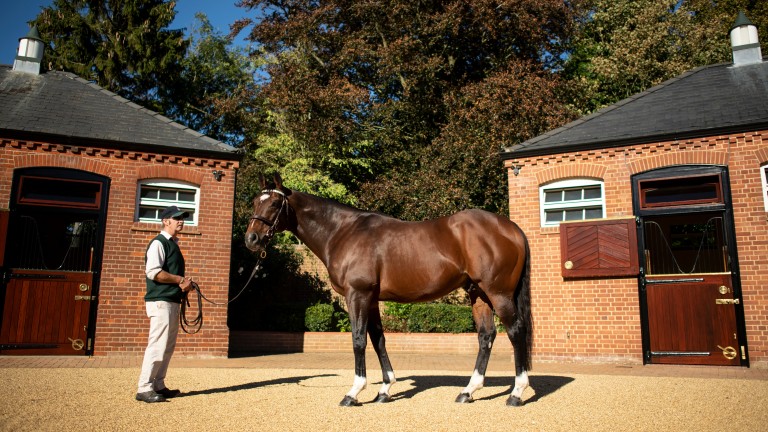 “The only thing that gave me a chance of buying her was that she's not in foal, and that can often put buyers off – even me usually, as I'd rather have the opportunity of getting an immediate return by selling the foal,” he says. “Also, Casino Prince is a perfectly respectable sire but he's not the height of fashion, even in Australia.

“The bidding was at A$3,000 for her when I first looked at the sale, so I thought there would be no harm in making an early play even if it went over my limit in the end. The rest,as they say, is history and I managed to get her for A$13,000.”

Valiant Stud in the Hunter Valley has taken care of Star Effort and she will remain in Australia for the forthcoming southern hemisphere breeding season.

“I'll decide on whether she stays there or comes back depending on what I choose to cover her with,” says McPhee, who is looking forward to browsing websites and brochures to find a compatible stallion.

“If she doesn't get in foal in three months I'll bring her to Europe as there's likely to be more commercial demand for her family here than in Australia, judging by what happened in the online auction.”

McPhee says the online bidding process was “very slick” and has words of encouragement for anyone who might be worried about digital auctions having to take place in Europe due to lockdown restrictions – for broodmare sales, at least.

“There were lots of informative photos and videos of the mare,” he reports. “I think with the rise of eBay and similar websites we're all more familiar with buying things online these days.

“It's less of an issue with broodmares, of course, and there's a much higher risk for foals and yearlings as you can't run your hands down their legs or get a feel for them in the flesh.

“But, that said, if it came to it in the current circumstances, an online sale would be hugely more desirable than the alternative of no sale at all.”

McPhee, who owned the useful sprinter Joe Packet, has been breeding for around 15 years – ostensibly as a side project as he works full-time as a business change director, with his salary funding the equine venture.

“I've been close to breaking even in recent seasons without quite doing so,” he says. “I have seven or eight mares with Rossenarra Stud, some at Manor House Stud Farm and a few in France.

“I've tried to upgrade in the past few years, and now have daughters of Oasis Dream, Pivotal and Storm Cat among others. I'm just starting to use a few more expensive stallions as well, so costs have gone up but so too, I hope, has the likelihood of the progeny making a profit.

“I particularly like looking at the annual dispersals from the Maktoum family and Juddmonte to see if I can find an unraced or lightly campaigned three or four-year-old filly to win a race or two with and then breed from.”

McPhee managed to do just that with Nafaayes, who is by Sea The Stars out of a daughter of Al Bahathri and cost 7,000gns from Shadwell. She went on to win two races and is now pregnant to Derby hero Masar.

First Link also did the trick for him. The daughter of First Defense from the family of Close Hatches and Siskin was bought for just 3,000gns from a Juddmonte draft, and she won three races before being put in foal to champion two-year-old US Navy Flag this season.

“The stallion selection is the fun part for me, really,” says McPhee. “It's like a puzzle: which sires will work on pedigree? Which are commercial? Which are underrated?

“I don't always get it right – I have a Flat-bred foal by Wings Of Eagles, and the sire has been pushed into the National Hunt ranks. But he was a good Derby winner and I'm prepared to back my judgement by putting the foal in training myself if need be.”

It will be fascinating to follow McPhee's mating plans for Star Effort, and indeed finding out whether online auctions held during the Covid-19 pandemic turn out to be a rich source of inexpensive breeding-stock gems.

FIRST PUBLISHED 4:25PM, MAY 12 2020
I think with the rise of Ebay and similar websites we're all more familiar with buying things online these days