'A lovely horse with all the right credentials' 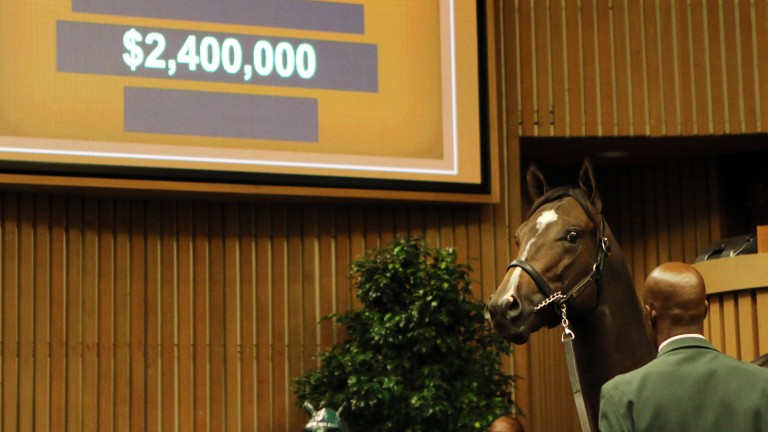 The War Front colt out of Streaming takes his turn in the ring
Keeneland/photosbyz
1 of 1
By Ron Mitchell of BloodHorse 1:09AM, SEP 12 2018

Consigned by John Sikura's Hill 'n' Dale Sales Agency, the colt is out of the Grade 1-winning Smart Strike mare Streaming, a half-sister to stakes winners Treasuring and Cascading.

"He's a lovely horse with all the right credentials," Magnier said. "We'll bring him back to Ireland and hopefully he'll end up being a good one.

The colt was bred in Kentucky by Hill 'n' Dale Equine Holdings and Stretch Run Ventures.

"When you sell a really high-end horse, it's just a matter of who teams up and we knew he had the potential to be a breakout horse but after a million dollars it's guess work," said John Sikura of Hill 'n' Dale.

"The War Fronts are going very well; sire power, distaff, pedigree, quality physical horse, all the parts were there."

Alicia Wincze Hughes and Meredith Daugherty contributed to this report