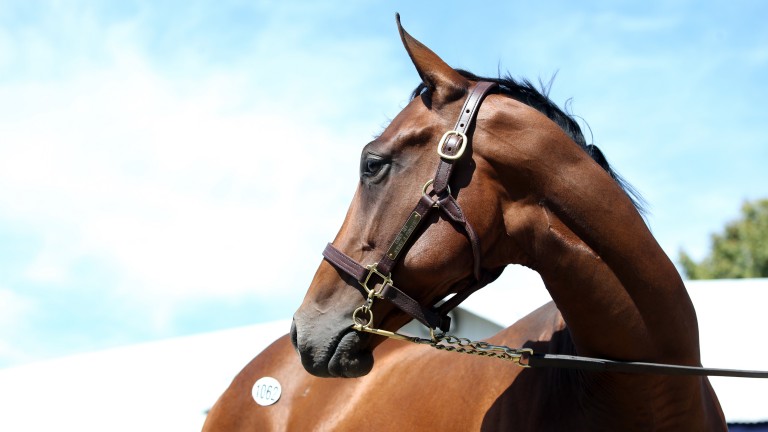 Keeneland's September Yearling Sale continued its momentum during the Sept. 14 session, which saw one seven-figure transaction and significant market depth throughout.

Comparisons with the 2018 September sale are difficult because this year's auction was reformatted, starting with a condensed three-day Book 1 followed by two sessions comprising Book 2.

"Going into the sale, we were looking for a very strong Book 1, and we got that," Keeneland director of sales operations Geoffrey Russell said. "Our goal with Book 2 was to tighten down the number of horses in the catalogue and increase the quality, and there was a big rise in the median yesterday and today. So mission accomplished."

Top price for the session was the $1 million paid by Speedway Stable for a Candy Ride colt (hip 1062) out of multiple grade 2 winner Always a Princess consigned by Don Robinson's Winter Quarter Farm, agent.

The colt is the fifth foal out of Always a Princess, a daughter of Leroidesanimeaux who won the Indiana Oaks, El Encino Stakes, and La Canada Stakes—all Grade 2—and was runner-up in the Grade 1 Oak Leaf Stakes.

Another Candy Ride colt consigned by Winter Quarter (1109), out of Charm the Maker, matched the day's second-highest-priced offering, going to Speedway Stable for $650,000.

Russell said both horses were standouts in the session and could have been sold in Book 1.

"Today's $1 million and $650,000 colts by Candy Ride could have worked very well in Book 1, but we felt they would be better suited to Book 2," Russell added. 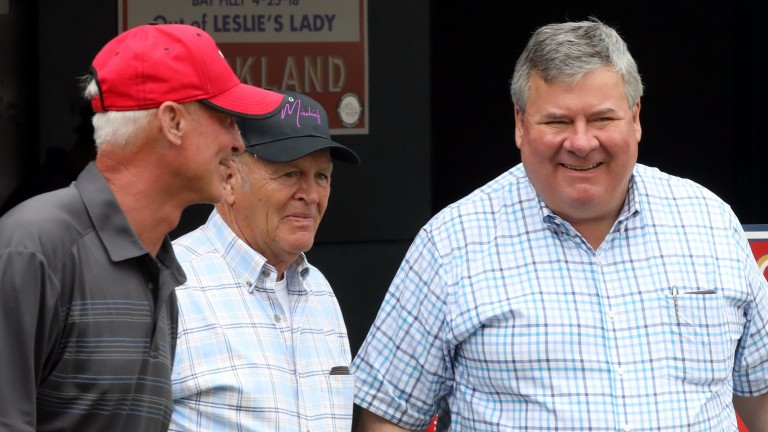 Keeneland's Geoffrey Russell (right) was thrilled with the interest in Book 2
Keeneland photo
"It was nice to see someone like consignor Don Robinson of Winter Quarter Farm have the top two prices of this session. He's a hard worker and does a very good job."

"It's been a really strong market," said buyer David McKathan of Grassroots Training & Sales, shopping the auction for pinhook prospects to be resold as two-year-olds at a profit.

"I'm thrilled for a strong market even though it's frustrating trying to get the stock I want."

McKathan said any pinhook shoppers active during the two-day Book 2 were "upper echelon" pinhookers and that once Book 3 begins Sunday, the prices would be more affordable for re-sellers such as himself.

"The pedigrees will hold up, but the individuals will drop off," McKathan said. "It will be easier to buy horses tomorrow."

"The consignors are very happy and confident with their (upcoming) Book 3 horses," Russell said. "With the way the catalog is this year compared to last year, having fewer horses in Books 1 and 2 means there are still high-quality horses in Book 3."

FIRST PUBLISHED 11:35AM, SEP 15 2019
Our goal with Book 2 was to tighten down the number of horses in the catalogue and increase the quality