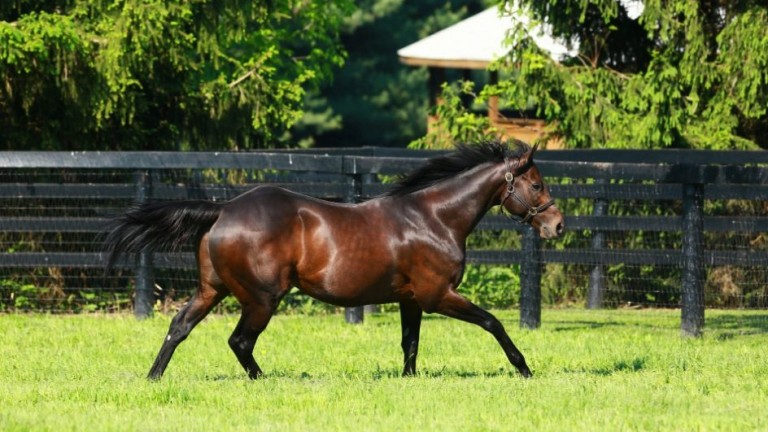 An important consideration when studying yearling sale catalogues is the ‘bounce factor’ among the sires represented; that is, who served improved books of mares in 2017 on the back of progeny success on the racecourse and now have better bred youngsters available to buy.

One striking example this year is Uncle Mo, the son of Indian Charlie who was American’s champion juvenile of 2010 after recording wide-margin victories in the Champagne Stakes and Breeders’ Cup Juvenile, and came back at three to win the Kelso Handicap and be beaten just a nose in the King’s Bishop Stakes.

His debut two-year-olds hit the track in 2015, and he made a dazzling first impression by supplying three-time Grade 1 winner and champion juvenile Nyquist, Alcibiades heroine Gomo, Grade 3 scorer Sanford, and Forevamo, Lost Raven, Mo Tom and Uncle Brennie, all successful at Listed level.

Unsurprisingly, his fee at Ashford Stud in Kentucky was trebled to $75,000 for the 2016 covering season and the resultant foals, now aged two, include Bast, who stormed to a near nine-length victory in the Grade 1 Del Mar Debutante Stakes on Saturday.

Uncle Mo’s fee was consequently doubled to $150,000 in 2017 and he covered a bumper book of 204 mares that year, and it is the resultant offspring who are coming up for auction as yearlings this year.

Five sold for $300,000 or more at Saratoga in August, headed by a filly out of dual Grade 1 winner Artemis Agrotera sold to White Birch Farm for $500,000 and a brother to Jim Dandy Stakes scorer Laoban knocked down to Lael Stable for $475,000. There is no shortage of choice of Uncle Mo yearlings at Keeneland in September, with 86 in the catalogue. 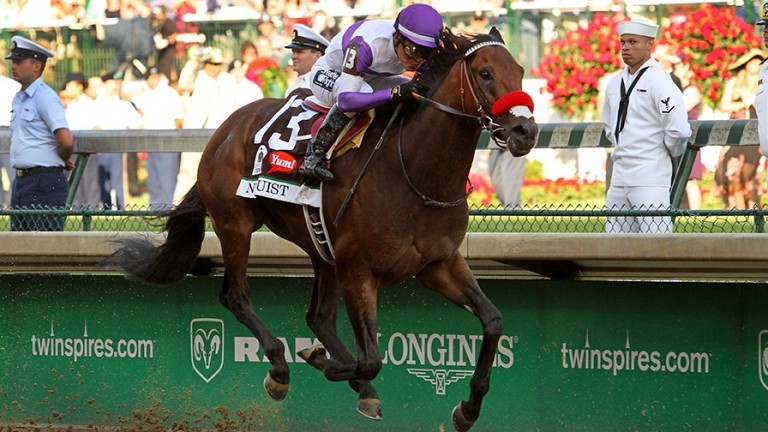 Reflecting on Uncle Mo’s stallion career, Ashford Stud manager Dermot Ryan says: “Ever since his first crop hit the racetrack he’s been shattering records. The total earnings of his two-year-olds in his freshman year was an all-time record that no other sire has got close to in the meantime.

“Uncle Mo’s massive total of 25 stakes winners from his first crop is also an all-time record; he raced in the colours of Mike Repole, who got him off to a great start with his first Grade 1 winner in Outwork.

“It’s amazing to think that the horse is only 11 years old and has already sired six Grade 1 winners on dirt, turf and synthetic.”

Asked what he thinks the secret of Uncle Mo’s success as a stallion is, Ryan replies: “He’s a big, good-looking individual, all quality and a pleasure to be around. He’s a very straightforward and uncomplicated horse, expertly handled by his groom Renee, who has looked after him since he came to Ashford.

“As well as being so good-looking, Uncle Mo was a seriously talented racehorse. Breeders identified this and have been extremely supportive of him throughout his career.”

In all, with his oldest crop aged six, the stallion is credited with 26 Pattern winners and another 25 Listed winners, with 85 stakes performers in total (up to late August). That has been achieved mainly by his first four crops who were bred off fees ranging from $25,000 to $35,000.

Strong support for Uncle Mo naturally continued to this year’s covering season, when he stood at $125,000. Among the mares he was sent were Circle Of Life and Dream Of Summer, Grade 1 winners themselves and dams of Grade 1 winners Circular Quay and Creative Cause; further Grade 1 scorers Heavenly Love and Intangaroo; and the dams of Bricks And Mortar, Lines Of Battle, Stormy Liberal, Sweet Loretta and World Of Trouble.

With that huge draft of yearlings on offer at Keeneland, and agents, owners and trainers from all around the world set to converge on the sale on the lookout for future stars – not just on dirt but also on turf and synthetics in a multitude of jurisdictions – it is worth pointing out that Uncle Mo has already hinted strongly that he is an all-rounder when it comes to surface.

His progeny Auntie Joy, Epical, Forty Under, Hot Springs, Mokat, Moon Colony, Mo Town and Ultra Brat have all won Pattern contests on turf in America, while his shuttle trips to Coolmore in Australia have yielded the Group 2-winning sprinter Man From Uncle.

Uncle Mo has not had significant representation in Europe yet, but his pedigree contains plenty of comfort for anyone worrying, for whatever reason, that he would not be as effective on the other side of the Atlantic.

His sire Indian Charlie is by In Excess, winner of the King Charles II Stakes at Newmarket for Bill O’Gorman and later Grade 1-placed in the US. In Excess, in turn a son of Prix Morny and Poule d’Essai des Poulains victor Siberian Express, also sired the French Classic winner Musical Chimes. 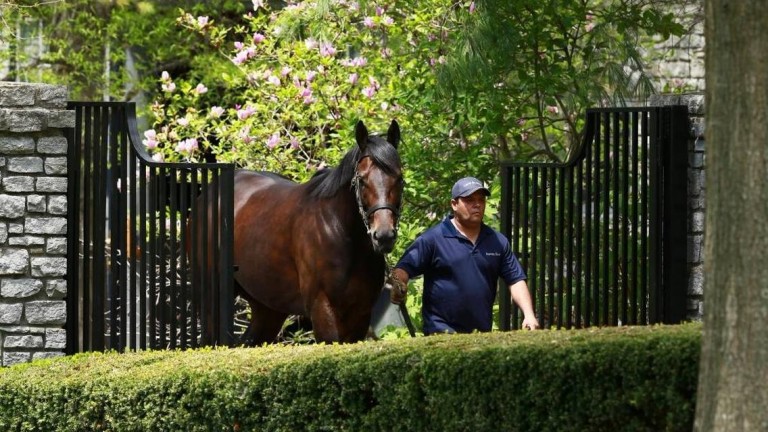 For good measure, Uncle Mo’s half-sister by War Front, Could It Be Love, ran second in the Irish 1,000 Guineas last year, while damsire Arch was responsible for talented European turf performers such as Arch Swing, Les Arcs and Nyaleti.

There is, though, a good chance that European racegoers will start to see more of Uncle Mo’s stock race locally as breeders appear to have targeted the sire as an outcross for some mares carrying Sadler’s Wells blood.

That much is apparent from the pedigrees of several yearlings at Keeneland, including Blandford Stud’s filly out of Pretty Polly Stakes heroine Diamondsandrubies, a daughter of Fastnet Rock out of Sadler’s Wells’ Group 1-winning daughter Quarter Moon, and the Taylor Made-consigned filly out of Grade 1 winner and dual Guineas runner-up Together, a Galileo three-parts sister to Jan Vermeer who has already produced stakes performers Battle Of Jericho and Earring to War Front and Dansili.

Another Uncle Mo at Keeneland with an intriguing international pedigree is Eaton Sales’ colt out of Australian Thousand Guineas heroine Irish Lights, a daughter of Fastnet Rock who has produced the Group 1 Golden Rose second Omei Sword.

If the improved pedigrees of the Uncle Mo yearlings and enhanced demand for them translate into even better racecourse results, then the sire might just go on to become one of the modern greats.

TEN HIPS BY UNCLE MO TO FOLLOW AT KEENELAND

Named Halo but far from a saint: the shark-eyed stallion who shaped the breed

FIRST PUBLISHED 1:03PM, SEP 9 2019
The total earnings of his two-year-olds in his freshman year was an all-time record that no other sire has got close to in the meantime

Juddmonte International winners flow through notable newcomers north and south Records across the board as OBS June Sale draws to successful conclusion Kirtlington Stud estate in Oxfordshire is put on the market Converge maintains Frankel's hot streak at Eagle Farm Uncommon winner for Cable Bay as son swoops in Listed event at Eagle Farm 'At some point, you have to take a step back and say, 'Holy cow!''