At The Sales DUAL-PURPOSE AUCTION

National Hunt youngsters to be offered by Cobhall Court Stud 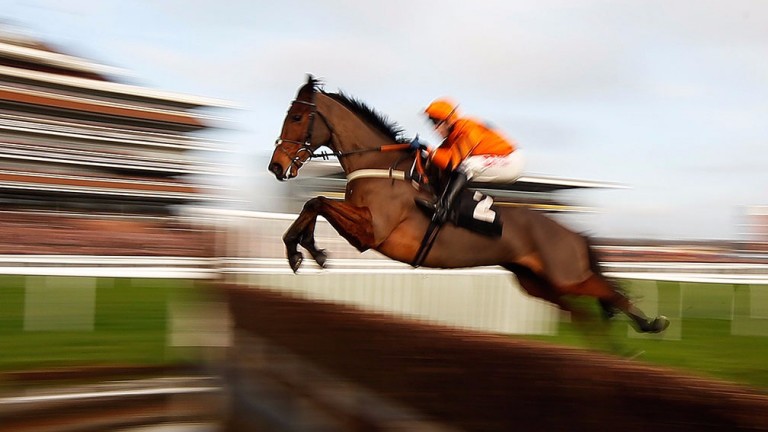 Thistlecrack: a fine example of what Cobhall Court Stud can breed from Kayf Tara
Getty Images
1 of 1
By Martin Stevens UPDATED 2:50PM, OCT 10 2017

The catalogue for this year's Tattersalls December Foal Sale is, once again, chock-full of lots with blueblooded pedigrees – but, in a more unusual turn of events, it also features several jumps-bred youngsters by Kayf Tara.

The quartet of lots by Britain's leading National Hunt sire are set to be offered by Robin and Scarlett Knipe of Cobhall Court Stud, who bred last year's King George VI Chase winner Thistlecrack from him.

The fact they are heading to Newmarket, and not to the more traditional outlet for jumps foals of Fairyhouse, is due to logistical reasons, Scarlett Knipe explained.

"Robin is semi-paralysed and the thought of taking him and four Kayf Tara colts to Ireland fills me with horror,” she said. “We discussed it with [Tattersalls chairman] Edmond Mahony and agreed we'd only send them if they were decent foals with top-class pedigrees, which obviously most of them have got.

"All the same people are at both sales and we did it with a Shirocco colt two years ago and got 36,000 guineas for him. Hopefully, there might be the next Thistlecrack among the ones going to Tattersalls this year."

The four sons of Kayf Tara that Cobhall Court Stud is sending to Newmarket next month are colts out of the bumper-placed Haafhd mare Hot Rhythm (lot 346), the winning King's Theatre mare Monita Bonita (347) and the winning Scorpion mare No Pushover (762); and also a half-brother to the classy staying hurdler Gayebury (761).

Ballymacoll lots among the jewels in December Foal Sale catalogue

Two October sales for Norris Bloodstock, and top lot at both

FIRST PUBLISHED 2:03PM, OCT 10 2017
We discussed it with Edmond Mahony and agreed we'd only send them if they were decent foals with top-class pedigrees