Aiden Murphy goes to €57,000 to secure the session-topper 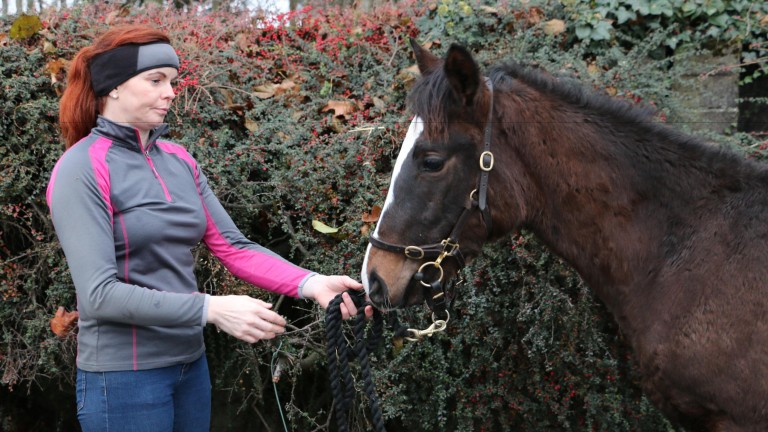 One of two catalogued foals by Overbury Stud's Kayf Tara topped trade during the first session of the Goffs December National Hunt Sale on Wednesday when selling to Aiden Murphy for €57,000.

From the family of Gaye Brief and Gaye Chance, the colt is the first foal out of the winning hurdler Gaye Memories, a sister to the Grade 3 Racing Post Handicap Chase and Listed Skybet Great Yorkshire Handicap Chase winner Simon.

Gaye Memories, like her brother Simon, was bred by the much-loved Mercy Rimell, who trained Gaye Brief to win the 1983 Champion Hurdle, after her husband, the legendary Fred Rimell, passed away in 1981. The colt's second dam is a half-sister to Gaye Brief and his Sun Alliance and Stayers' Hurdle winning half-brother Gaye Chance.

"I bought him on spec," Murphy said of his session-topping purchase. "I saw him on Wednesday and liked him. He comes from a top pedigree and the sire is one of the best around. He'll probably go to England and be offered for re-sale as a store."

Gaye Memories, an eight-year-old daughter of the late Mickley Stud resident Overbury, won twice over hurdles for Dan Skelton. She was bought by Bobby McCarthy of Beeches Stud at this year's Goffs UK January Sale for £28,000 carrying Wednesday's top lot. The May-born colt was consigned by the farm on behalf of Cora Greene.

Ciaran Conroy of Glenvale Stud bought the other colt by Kayf Tara in Wednesday's session late in the day for €35,000.

He boasts an illustrious heritage as he hails from the family of legendary hurdler Istabraq, along with David O'Brien's 1984 Derby hero Secreto and a host of other Grade 1 winners.

Shantou colt to head back to the sales

Renowned producer Jimmy Murphy of Redpender Stud went all the way to €52,000 for a Shantou colt out of Oscar Show, an unraced daughter of Oscar.

He is related to some top-class jumpers in the shape of Weapon's Amnesty, twice a winner of Grade 1 races at the Cheltenham Festival. The Graded chase winners Shrapnel, Weird Al and Theatre Guide all feature on the colt's page.

"I really loved this foal," Murphy said afterwards. "He's a really good individual with lots of scope, he has it all. I'll probably bring him back to sell as a three-year-old."

Aiden Murphy was also the purchaser of the most expensive foal by Flemensfirth on Wednesday, being forced to €50,000 for a colt out of Little Dil, who is from one of the best female families around.

Little Dil is a half-sister to the multiple Graded hurdle winner Whatuthink out of the unraced Orchestra mare Glens Encore. She is a half-sister to Grade 2 scorer Glens Music, the dam of Glens Melody, who gained her place in the annals when winning the Grade 1 David Nicholson Mares' Hurdle at Cheltenham in 2015, the race in which her stablemate Annie Power fell when leading at the final flight.

Glens Melody was talented in her own right, winning the Grade 1 ITBA EBF Mares' Hurdle at Punchestown as well as a number of Listed races.

"He's been bought for an existing client and will most likely be back for the store sales," Murphy added.

It was a remarkable session for Beeches Stud, who consigned three of the top five lots on the day and two of them were by Beeches' superstar sire Flemensfirth.

Brendan Bashford bought a son of Flemensfirth for €40,000 on behalf of an existing client. He is out of an unraced sister to Bedlam Boy and his second dam is a sister to Grade 1 James Nicholson Wine Merchant Champion Chase victor Glenelly Gale. It is also the family of Cab On Target and Operation Houdini.

A colt by Flemensfirth from the family of multiple Grade 1 winner Strong Promise went the way of Richard Frisby for €35,000. Consigned, again, by Beeches Stud and another May foal, the colt shares his page with Defy Logic, a Grade 1-winning chaser for Paul Nolan and JP McManus.

FIRST PUBLISHED 9:47PM, DEC 7 2016
He comes from a top pedigree and the sire is one of the best around