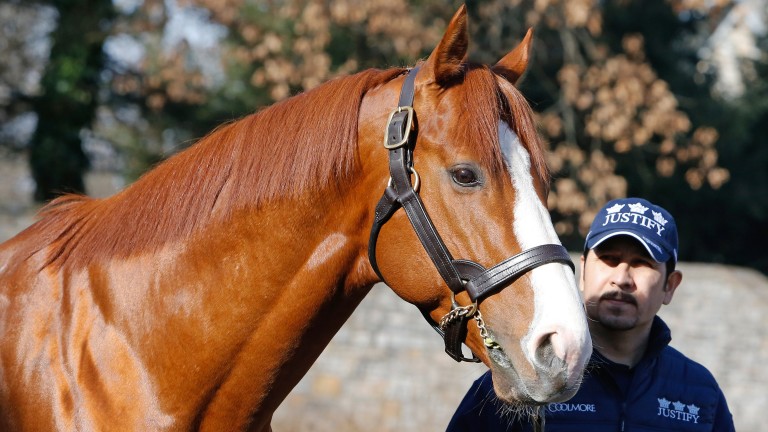 The opening of the next act in the saga of sensational but star-crossed sire Scat Daddy has been greeted with the equivalent of a standing ovation from breeders.

"They filled up very quickly and we're extremely happy with the numbers and quality of the mares received," said Charlie O'Connor, Ashford's director of sales. "It's exciting and important for us to continue to stand sons of Scat Daddy here."

While Coolmore does not reveal exact numbers in stallions' books, it can be expected that Justify and Mendelssohn will be busy with over 200 mares each this year.

In 2018, a trio of stallions standing their first seasons at Ashford – champion Classic Empire and Grade 1 winners Cupid and Practical Joke – were bred to an average of 209 mares each. Cupid led the way with 223.

O'Connor said Coolmore partners will be enthusiastically sending many mares to both the unbeaten Justify, who will stand for a fee of $150,000 and who is promoted as "the best son of Scat Daddy," and Mendelssohn, a half-brother to top sire Into Mischief and multiple champion Beholder who will stand for $35,000.

Additionally, Coolmore also plans to send many high-quality mares to 2015 Triple Crown winner American Pharoah, who recently returned from shuttle duty to Australia. After seeing foals from his first two crops at the farm and at sales, Coolmore managers are "exceptionally high" on American Pharoah's potential as a sire, O'Connor said.

The first foals by American Pharoah will be racing this year as two-year-olds and already they are getting high marks in their early training, he added.

With Justify and Mendelssohn, Coolmore will be capitalising on a virtual monopoly it has assembled on both sides of the Atlantic Ocean of the most accomplished sons of Scat Daddy, who stood at Ashford and ranked as North America's leading freshman sire in 2011. A son of international champion juvenile Johannesburg, Scat Daddy tragically died in 2015 after an apparent heart attack at the age of 11. 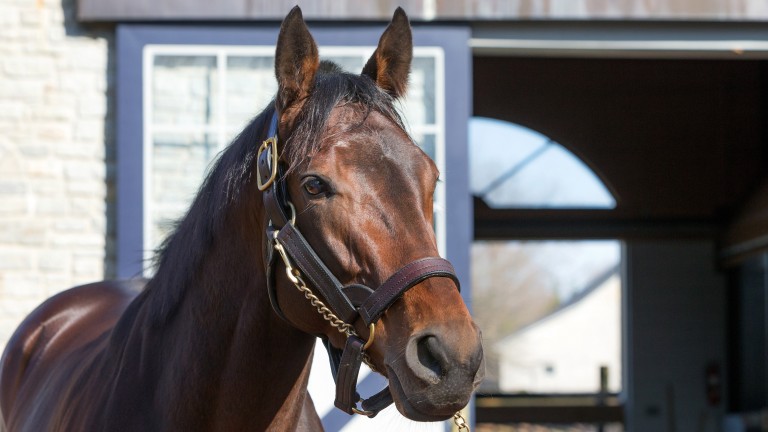 Mendelssohn surveys his surroundings at Coolmore's Ashford Stud
Michele MacDonald
In Europe, Coolmore's No Nay Never, a Group 1 winner by Scat Daddy, got off to a rousing start, leading all European freshman sires of 2018 by progeny earnings, with over €1.1 million; black-type winners, with six, and winners with 32.

In the US, Coolmore will have a Scat Daddy duo that will be equally, if not more, powerful.

Justify, a finalist for the Eclipse Awards as America’s Horse of the Year and champion three-year-old male of 2018, made history as the first horse to sweep through the US Triple Crown having not reached the track as a juvenile and only the second to do so, after Seattle Slew, while unbeaten. Eclipse Award winners will be revealed on January 24.

Coolmore promotes Justify's versatility as well as the physical prowess of the 16.3-hand chestnut while noting that his bloodlines make him a suitable mate for many mares.

"In winning from seven furlongs to a mile and a half, Justify displayed an exceptional blend of speed and stamina, and he is also an exceptional physical specimen, with more strength and muscle than one expects to see in a Classic winner," Coolmore states on its website.

"There is every reason to expect Justify’s versatility to extend to his stallion career. Scat Daddy owes his current total of 39 Graded/Group winners in the northern hemisphere to no fewer than 38 different broodmare sires.

"This suggests that Justify will also work with a wide range of bloodlines. He also has the advantage that most of the important stallions in his pedigree, such as Storm Cat, Deputy Minister, A.P. Indy and Nijinsky, will be no closer than the fifth generation in his progeny's pedigrees."

Meanwhile, Mendelssohn, produced by Broodmare of the Year Leslie's Lady and a $3m yearling acquisition, proved the versatility that is Scat Daddy's legacy by winning the Grade 1 Breeders' Cup Juvenile Turf and following up in 2018 by winning the $2m UAE Derby on dirt.

He also placed in the prestigious Travers and Jockey Club Gold Cup Stakes on dirt in the US.

A shade under 16.1 hands, Mendelssohn offers breeders brilliance both top and bottom.

The Scat Daddy heritage provides five immediate sire ancestors who all were Grade/Group 1 winners at two, and Mendelssohn's famous half-siblings achieved the same feat. Just as importantly, Into Mischief has evolved into one of North America's most successful sires and is standing for $150,000 this year at Spendthrift Farm.

FIRST PUBLISHED 5:36PM, JAN 7 2019
It's exciting and important for us to continue to stand sons of Scat Daddy here