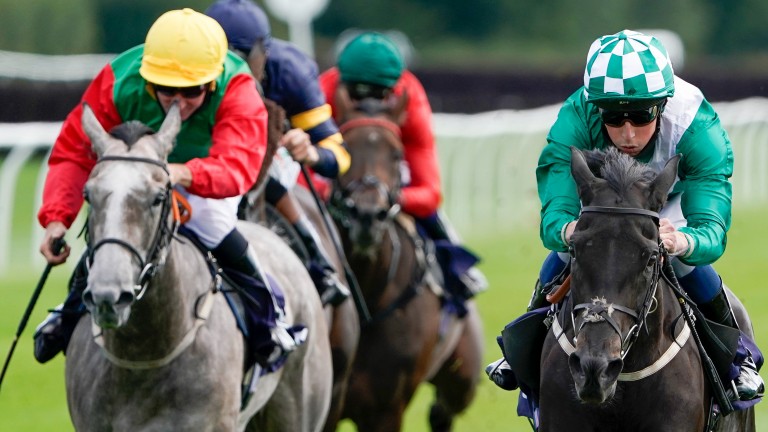 Treaty Of Dingle, with a top official rating of 67, may not normally have caught the eye in Wednesday's selling handicap at Thirsk. That is until her Brazen Beau half-brother gave the four-year-old's page a sizeable boost.

Picked up by trainer Sean Curran at last year's Tattersalls February Sale following two wins for Hughie Morrison, the daughter of Roderic O'Connor has been plying her trade at a lower level but her value was done no harm at all by Windstormblack's victory in the Group 3 Premio Primi Passi at San Siro in Italy on Sunday.

Wiltshire-based Curran said: "We'll see how she runs but she's been in really good form. It's a long way to go on Wednesday so fingers crossed."

Owned by Power Geneva Ltd, Treaty Of Dingle's dam Josefa Goya was bred by Fonthill Stud and owned by Lord Margadale, for whom she notched a win in a Wolverhampton maiden in November 2013.

The Sakhee's Secret half-sister to Hackwood Stakes scorer Intrepid Jack went on to produce Treaty Of Dingle for Lord Margadale as her first foal, followed by the dual-placed Mayson gelding Knowwhentorun and then Windstormblack.

Her Group-winning son was also bred by Lord Margadale before selling to Scuderia Semeso for 17,500gns at last year's Tattersalls Ascot Yearling Sale.

Treaty Of Dingle is topweight at Thirsk off a rating of 54, and will be ridden by Paul Mulrennan. Stablemate Word Of Honour, likewise owned by Power Geneva Ltd, joins her in the seven-furlong contest.