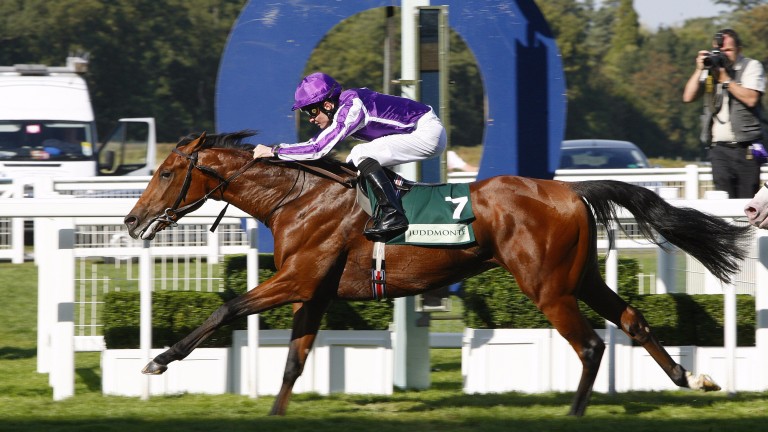 Joshua Tree, who moved into the National Hunt ranks when relocating to Con O'Keeffe's Kilbarry Lodge Stud last year, made it a very good week in both spheres as his best son Top Max won the Listed Grand Prix des Provinces-Prix Andre Baboin in Marseille on Monday.

Joshua Tree's early jump prospects have been appearing in France and last week at Compiegne, Hawai Tree gave him a maiden stakes victory over obstacles in the Listed Prix Vatalys, while last month there was also a recent win over hurdles at Clonmel for the Austrian-bred Nobel Joshua.

The four-year-old gelding Top Max, who has some hurdlers in his pedigree, has twice been placed in Group company this season and squeezed up the rail under Pierre-Charles Boudot and the hot favourite defied Flambeur by a cosy half a length.

Joshua Tree, a son of Montjeu, travelled widely during his career for a variety of trainers and is the only horse to have won the Grade 1 Canadian International three times.