Johnson Houghtons enjoy another win as breeders with progressive Mohaather 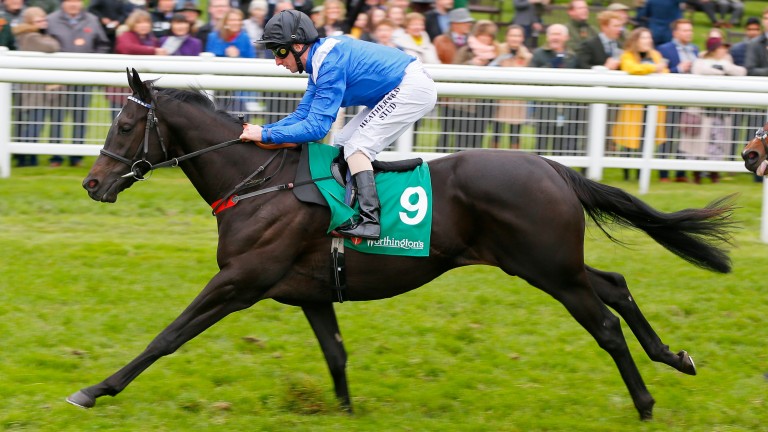 Mohaather - another gem unearthed by Shadwell at Book 2 of the Tattersalls October Sale
Mark Cranham
1 of 1
By Ollie O'Donoghue UPDATED 5:07PM, OCT 27 2018

The Johnson Houghton family toasted their latest success as breeders when two-year-old colt Mohaather made his Group breakthrough in the 7f Horris Hill Stakes at Newbury on Saturday.

The Showcasing colt met with trouble in running but eventually found a gap and dashed clear to win by one and a half lengths from Azano, a colt by Showcasing's sire Oasis Dream.

The favourite Chairmanoftheboard was bidding to become Slade Power's first stakes winner but could only muster a sixth-place finish.

Bred by Gaie Johnson Houghton, mother of Group 1-winning trainer Eve, Mohaather was consigned through Hillwood Stud at Book 2 at the Tattersalls October Sale, where he was purchased for 110,000gns by Shadwell.

The operation regularly targets the sale - Battaash for example having been sourced there - and this year came away with 40 yearlings at an average of 171,750gns.

Mohaather is the second Group winner out of the Inchinor mare Roodeye, whose daughter Prize Exhibit - a full sister to Mohaather - won four Graded races in the US having also been sourced from the same sale. 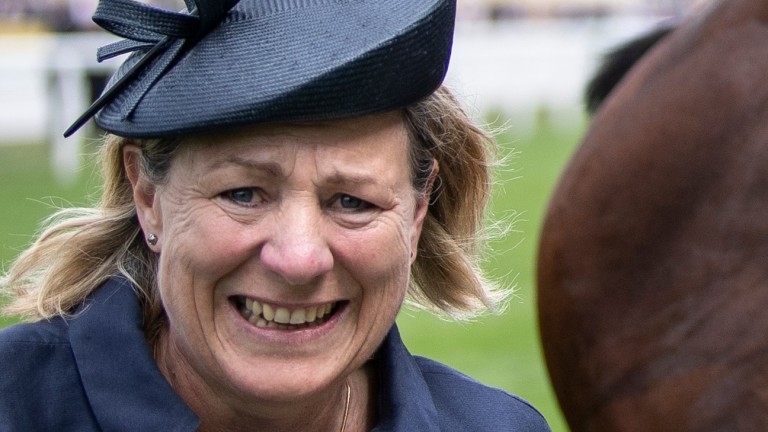 Roodeye is also the dam of Roodle, a mare by Xaar who produced this year's Queen Anne Stakes hero Accidental Agent. The latter flew the flag for budget breeders at the royal meeting with the Delegator colt having been conceived at a fee of £5,000.

There is plenty of speed on Mohaather's page, as his first two dams both placed in Listed company over less than a mile.

The Johnson Houghtons have raced five generations of the family, tracing back to their 1971-foaled foundation mare Sirnelta.

Earlier on the card, Eve Johnson Houghton sent out Accidental Agent's half-sister Madame Tantzy to finish third on debut. She is a daughter of Champs Elysees, the former Banstead Manor Stud resident who sired this year's 1,000 Guineas heroine Billesdon Brook.

FIRST PUBLISHED 4:57PM, OCT 27 2018
The Johnson Houghtons have raced five generations of the family, tracing back to their 1971-foaled foundation mare Sirnelta