Jockey Mark Grant aiming to breeze into his next chapter 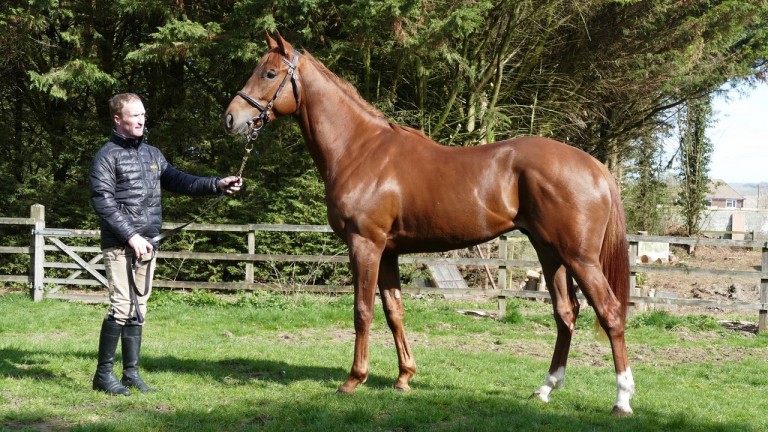 Mark Grant is recalling a visit to Cartmel a few days ago when he left home in Wiltshire at 11am and only returned 12 hours later.

"If you're a journeyman jockey and you drive up and down the country for one ride, it doesn’t pay the bills," he says. "You kind of have to do something else."

It has been the way for a few years for the quietly spoken rider, who was a solitary winner behind Robbie Power in the race to be champion Irish conditional but has not exactly matched the achievements of his contemporary.

To supplement the lean times, Grant has always had side projects. Even as David Wachman’s jumps stable jockey, he would break in yearlings in the evening and even taught the formative instructions to Damson, the stable’s Queen Mary winner of 2004. He began pre-training again for local yards in Lambourn when his annual tally began to dwindle below double figures and has recently begun his own enterprise as a breeze-up consignor.

Grant bought three reasonably cheap yearlings and prepared them himself, doubling his money at the spring auctions. In terms of proving his ability to spot potential, an immediate fillip has arrived by Tinnahalla, a Starspangledbanner colt who moved to Ado McGuiness for 30,000gns after the Guineas Breeze-Up, winning one of the inaugural barrier trials at Naas on June 5 and being accepted to go under the hammer again at Goffs London.

"I’m delighted," he says, even at the prospect of seeing the colt change hands for multiples of his earlier transfer. "Obviously you’d like to get the money yourself but it’d be good publicity for us, especially if he can go and win a nice race."

It was not quite to be when Tinnahalla was displaying his wares at Newmarket, but Grant accepts that taking knocks is all part of the process in this competitive sphere.

"He maybe got a bit unlucky, they half-missed the start of his breeze and only got his first furlong on the time. His first was his fastest, but they had no second furlong for him, or gallop out. So, I was surprised we didn’t have a lot more interest in him because he did a really good breeze and he actually had more interest after the sale.

"He went through the ring unsold and ten minutes later I was back at the stable with him and there were four people down there to buy him. We got what we wanted, anyway."

Of his other purchases, Jungle Boogaloo made a promising debut behind Craven sales-topper Divine Spirit at Windsor and his Camacho colt was bought for £38,000 at Goffs UK by Kevin Ross and has been sent to Jennie Candlish.

Although Grant prepared a team of breezers for a client last year, it is a different ball game when your own money is on the line.

"I never get nervous when I'm riding," he says, before a little context is added by his wife Eimear.

"He liked the Camacho and we were staying in a hotel in Doncaster before the sale," she recalls. "I woke up at 4am and he was pacing around the room. 'I'm going to have to go for a walk', he said."

Grant has plenty of assistance and pedigree in the game. Eimear is a daughter of Gold Cup-winning trainer Noel Chance, and his parents run Fairview Stud in the shadow of Coolmore in Tipperary. They bred the noted Sandown specialist Menorah, who is in retirement with Grant's brother-in-law, Richard Johnson.

"Dad’s 70 next year, Mum is 61, they’re not getting any younger," he says. "They have ten of their own mares and do a lot of foaling. They say they’re going to cut down every year, they do probably 40 but used to foal 70 or 80 mares a year for a season."

"It runs in the family, they do it all themselves," Eimear interjects with a smile. 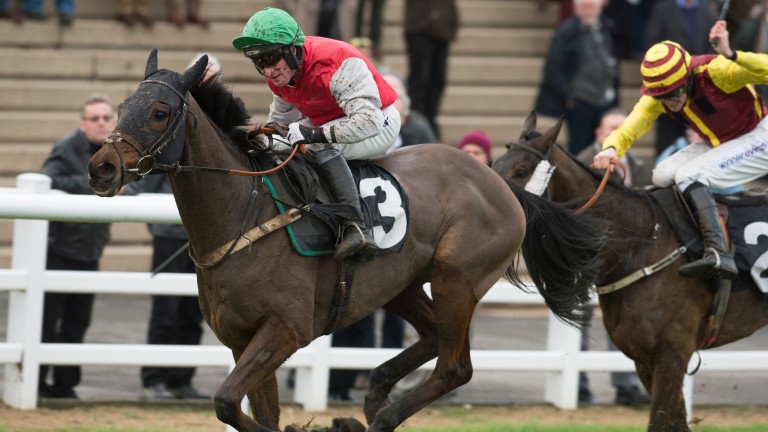 Mark Grant has been a familiar sight on British and Irish racecourses for the last 15 years
Edward Whitaker
Grant plans to continue small-scale for the time being, with a plan to purchase and prepare four or five more yearlings from what is a rented yard at Upshire House on the outskirts of Lambourn. Further down the line, his family situation presents an opportunity for expansion.

"I’ll go back to Ireland eventually," he says. "We have a base there and renting's dead money, really. Probably in three or four years we'll go home, and I'd like to set up in the breeze-up game in a big way, maybe have 15 or 20 if I can.

"We’re quite lucky. Willie Browne of Mocklershill, he's next door to my parents and has got his gallops, and Thomond O'Mara is next door, so hopefully we could pretty much crack on straight away. I don't know if they'll like me moving in, but we'll see."

Never, though, suggest that he minds being asked to trek to the Lake District with his racing saddle in the car.

"Riding's only been a hobby really - when I go racing it's a day off," he says before becoming a little more serious.

"I love doing it. Julian Smith [trainer of his Cartmel ride Caro Des Flos] has been very good to me and we've had plenty of luck together. If he had one running at Perth, I'd drive up and ride it.

"If I had five rides a day, I'd love nothing more, but it's not feasible. Then again, I equally enjoy doing the breeze-ups as well. It's a new chapter."

Out for the Count

Last jumps season was undoubtedly a slow one for Mark Grant with only five winners to show for it but it contained an unforgettable highlight with his first victory at Cheltenham.

It required an incredible recovery to realign Count Meribel on an even keel after his mount made a dreadful error over the second-last, getting back up to head Le Breuil close home in the Steel Plate And Sections Novices' Chase at the November meeting.

The pair were well beaten in a Grade 2 at Ascot before Christmas, and again in the RSA, although Grant has some mitigating reasons to cling to. 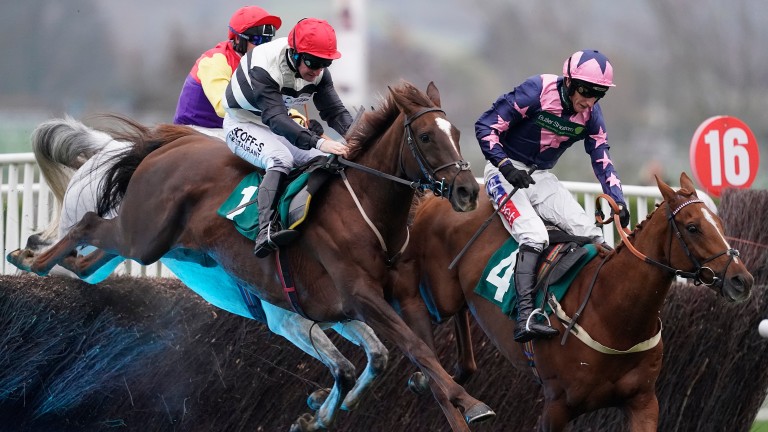 Count Meribel (red cap) was a fine ally for Mark Grant last winter
Alan Crowhurst
"He had a great year, this year," he says. "He came back from Cheltenham when he won with sore shins and I don't think he ever really recovered. He went to Ascot and was very disappointing. Kim Bailey's horse [Vinndication] won, and I know they thought a lot of him but we thought we'd beat him on his runs at Carlisle and Cheltenham.

"We went to the RSA, and he came back with sore shins again. They've put him out in the field again and hopefully he comes in fresher next year."

Still only seven, Count Meribel is with Nigel Twiston-Davies but part of a small group of horses managed by former trainer Jim Old, who is a close friend of Grant's.

"There are about half a dozen that I ride," he explains. "Jim's in at Nigel's every day, even when his aren't even in. He knows more about horses up there than everyone else!

"Jim's been on about the Charlie Hall for Count Meribel, or he might get back in for the BetVictor at Cheltenham, he's on 148 so probably he's still well-handicapped.

"I always said that he'd be a Grand National horse, probably not this year, but in a couple of years maybe. I'll keep riding until he stops, it's what's kept me riding to be honest, having a horse like him. He's something to look forward to."