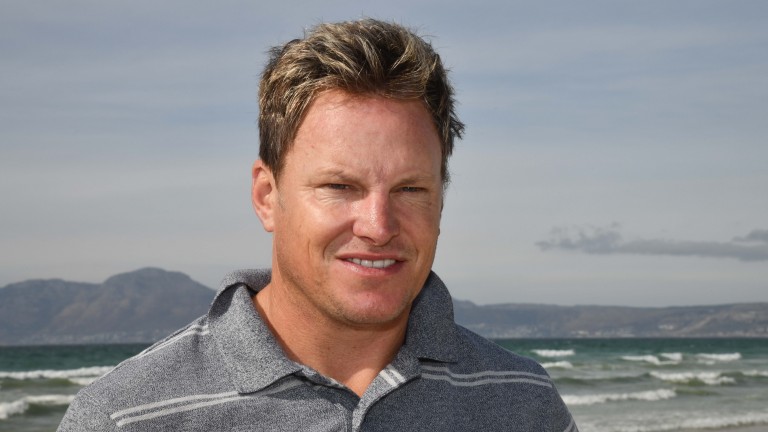 Jet Dark emerged as a member of the new guard in South Africa as the only three-year-old in the field landed a fine result for the sponsors in the L'Ormarins Queen's Plate at Kenilworth.

It was a first victory in one of the country's premier events for Trippi, who stands at the Drakenstein Stud of Gaynor Rupert, whose family are behind the raceday and were also responsible for breeding Jet Dark.

The lightly-raced colt, already a winner of a Group 3 at the track, had been pitched into the big league by trainer Justin Snaith.

He had a nice run up the rail under Grant van Niekerk and had just enough in the tank to hold off the angled late challenge of the decorated Rainbow Bridge, whose half-brother Golden Ducat had claimed the Grade 2 Glorious Goodwood Premier Trophy earlier on the card.

He punched his ticket to the @FanDuel #BreedersCup Mile pres. by @PDJFund at @DelMarRacing this November!

"It’s so exciting," said Jonsson. "We've had a couple of nice horses together, it's really exciting he was bred at Drakenstein and it’s wonderful the Ruperts have bred a winner of the Queen's Plate.

"To win this race as a three-year-old is fabulous. Justin has a reputation for gelding everything; to keep this horse not gelded was a challenge, but it was worth it."

Trippi is the sire of 36 individual Group winners worldwide and was South Africa's champion sire in 2015-16.

A winner of the Grade 1 Vosburgh Stakes at Belmont Park, he spent his first few seasons as a stallion in the US before moving to South Africa in 2008.

Earlier on the card Queen Supreme, an Irish-bred daughter of Exceed And Excel who was bought for €130,000 at Goffs Orby in 2017, successfully defended her title in the Grade 1 Cartier Paddock Stakes.

FIRST PUBLISHED 4:04PM, JAN 9 2021
It's really exciting he was bred at Drakenstein and it’s wonderful the Ruperts have bred a winner of the Queen's Plate