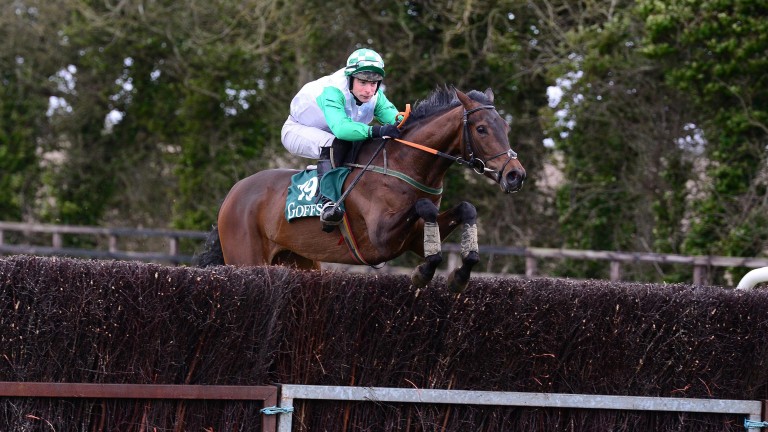 A total of 17 wildcard entries have been selected for Cheltenham Sale on Friday which commences at 1.30pm in the Tattersalls sales arena.

Arctic Tack Stud's first-crop sire Jet Away will be represented for the first time at Tattersalls Cheltenham by a pair of four-year-old maiden winners in the shape of Supreme Jet and Brandy Love.

Patrick O'Farrell's Moylisha Stables will offer Supreme Jet, who made all under Pa King on Saturday when winning the same Oldtown maiden as won by Asterion Forlonge in 2018. Supreme Jet was bred by Andrew Dwyer out of the unraced Pollys Leader, a Supreme Leader sister to the Supreme Novices' Hurdle third Gatflax.

Colin Bowe's Milestone Stables, meanwhile, consigns the filly Brandy Love, who stormed clear of her opposition under Barry O'Neill at Cragmore on Saturday, giving her sire a notable double on the day. Brandy Love was bred by Kieran Ryan and Tim Nolan out of the Punchestown Grade C handicap hurdle winner Bambootcha.

Mattie Collins of Dower House Stables will also offer Tallow For Coal, who became the yard's first four-year-old maiden winner at Knockanard on Sunday. Collins is ably assisted by his son Pat, a former amateur who rode 103 winners between the flags including the likes of Champagne West, Hello Bud and Village Vic.

Tallow For Coal, a four-year-old son of Arctic Cosmos, was bred by James and Marian Hannon, whose son James jnr steered the gelding to victory.

Previous graduates of the February Sale include leading Cheltenham Festival fancies Asterion Forlonge and Envoi Allen, who sold for a combined £690,000 at the 2018 edition.