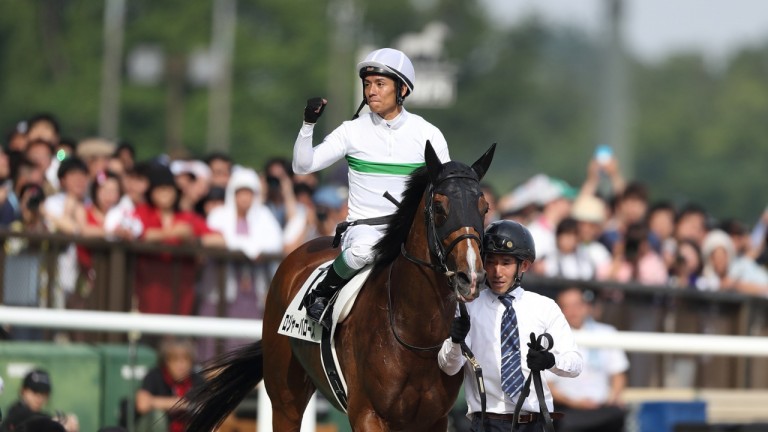 Roger Barows, the surprise winner of the Japanese Derby in May, recently arrived at Arrow Stud on Hokkaido in preparation for the commencement of his stallion career there next year.

Top-class Japanese horses usually stay in training after their Classic seasons, but the Katsuhiko Sumii-trained colt was retired last month after superficial digital flexor tendonitis was found in his right hind leg.

Roger Barows, a valuable son of the late Japanese phenomenon Deep Impact, won on debut at Niigata at two and on his seasonal bow at Kyoto at three.

In his preparation for the Tokyo Yushun (Japanese Derby) he had finished second in the Grade 2 Kyoto Shimbun Hai and after winning the Classic in record time it had been intended he would accompany stablemate Kiseki in his assault on the Prix de l'Arc de Triomphe. However, injury ruled out that course of events.

Owner Hirotsugu Inokuma told the Japanese press: “I wanted to take him to the Arc with Kiseki but now the dream is for him to become a good and successful stallion.

“He is from the same family of Gentildonna, and we hope his talent and speed will be inherited by his foals. I'd like to go abroad to buy broodmares to send to him.”

It is reported that Roger Barows will spend 2020 and 2021 at Arrow Stud – where he will stand alongside the likes of Lani and Shanghai Bobby – before moving across Hokkaido to East Stud for the 2022 and 2023 breeding seasons.

A covering fee has yet to be announced.