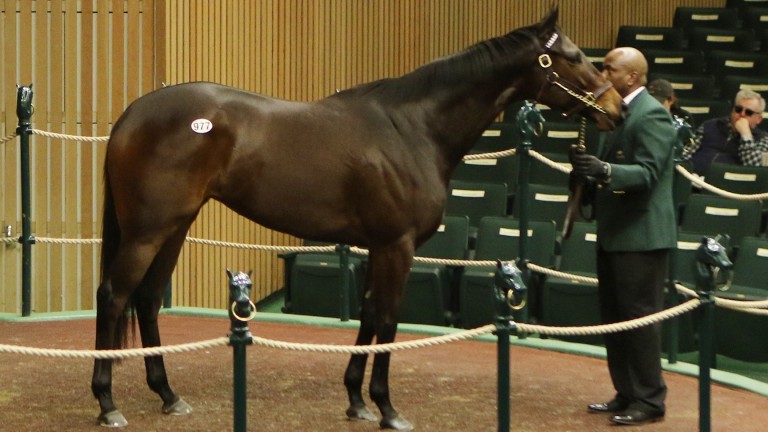 Keeneland's January Horses Of All Ages Sale reached a milestone on Wednesday, when gross sales of $31.7 million through three days of the four-day auction exceeded total sales of $28,785,500 recorded during last year's entire five-day event.

Springhouse Farm paid $145,000 for the session-topper Runway Doll, a four-year-old daughter of Majestic Warrior catalogued as a racing or broodmare prospect.

Consigned by Elite Sales as Hip 977, the filly is out of the Boundary mare French Line and is a half-sister to stakes winner Song Warrior. She is from the family of Grade 2 winner Conquest Panthera and Grade 3 winner Happy Like A Fool.

With the purchase, Springhouse Farm was the session's leading buyer.

A yearling colt by Violence brought the day's second-highest price of $130,000 from Summers Street Stable. James Herbener jnr, acting as agent, consigned the colt as Hip 904, who is out of the winning Arch mare Ms Arch Stanton. He is from the family of Grade 1 winners Healthy Addiction and My Sweet Addiction.

Taylor Made Sales Agency sold 46 horses for $669,200 to lead all consignors on Wednesday.

The January sale concludes on Thursday, with the session beginning at 10am Eastern Time.