'It's unique to have a first foal so good' 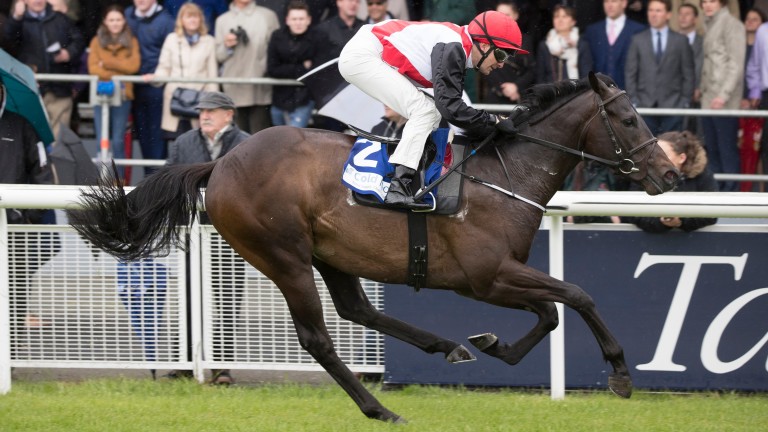 How did you acquire Brother Bear's dam Hurricane Emma? We bought her privately to go racing, but unfortunately she got hurt, and we wound up covering her.

We still have her, and she has a Camelot yearling filly and a No Nay Never colt foal at foot, both at home, and she has been covered by Gleneagles. The plan is to send the yearling to Book 2 at Tattersalls at Newmarket this year - the same sale we sold Brother Bear at.

We try to keep them until they're yearlings, and if we get enough for them, we sell them; and if not, we'll race them.

What do you think of Brother Bear's chances in the Coventry Stakes on Tuesday? Brother Bear looks to have a very good chance. He's performed on good to firm ground the first day and then performed on soft to heavy the last day which is unusual.

The ground shouldn't affect him, whichever way it comes up. With big fields at Royal Ascot you need luck in running, so hopefully he'll have that bit of luck.

What would it mean to breed a Royal Ascot winner? It would be wonderful for the mare. It's unique to have a first foal be so good. Brother Bear can't do much more than he's done. He's won two nice races and is favourite for the Coventry Stakes - not bad!

How many mares do you breed from? We only have the two. The other mare is called Inis Boffin. She bred Qatari Hunter, who won four on the bounce last year for Jim Bolger. We also have two in training with Charles Byrnes named Wonder Laish and Sao Paulo.

We've had a few National Hunt horses with Charles. He's a good, local trainer to us here, and we've known him about 15 years. Pittoni was probably the best of them.

FIRST PUBLISHED 3:27PM, JUN 19 2017
With big fields at Royal Ascot you need luck in running, so hopefully he'll have that bit of luck