As expected, the son of Scat Daddy will stand alongside American Pharoah 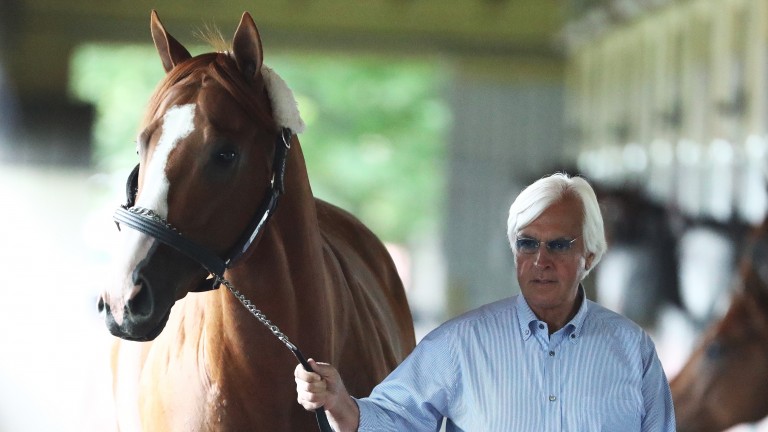 The worst-kept secret in bloodstock is out, as WinStar Farm officially confirmed on Friday that the deal between the owners of Justify and Coolmore America regarding the Triple Crown winner’s stallion career is being finalised.

“After much deliberation with all the partners, we’ve decided to accept Coolmore’s offer to stand Justify,” said Elliott Walden, president, CEO and racing manager of WinStar Farm.

“As you can imagine, this is a bittersweet moment for all of us connected to this special horse who gave us the ultimate thrill of a lifetime. We believe strongly in Justify as a stallion and the ownership group has retained breeding rights.

"We look forward to supporting him at Ashford Stud.”

A son of the late Scat Daddy, he won all his six starts in a career that lasted just under four months, starting with a flashy nine and a half-length victory on his debut at Santa Anita in February.

After just two starts - both wins - he powered to a three-length win in the Santa Anita Derby.

Justify broke the 'Curse of Apollo' by winning the Kentucky Derby by two and a half lengths, becoming the first horse since Apollo in 1882 to win the run for the roses without starting as a two-year-old.

He made all to take the Preakness Stakes at Pimlico and sealed the Triple Crown with a triumph by clear water in the Belmont Stakes, becoming the first undefeated Triple Crown winner since Seattle Slew.

He was retired after his third Classic victory due to injury.

Justify will follow in the footsteps of his late sire Scat Daddy by standing at Coolmore's Ashford Stud in Kentucky, and joins fellow Triple Crown winner American Pharoah there.

“Let’s hope he proves as good as his sire Scat Daddy.”

FIRST PUBLISHED 9:54PM, SEP 14 2018
We believe strongly in Justify as a stallion and the ownership group has retained breeding rights