ITBA Expo showcases the best of the breeding industry

Martin Stevens looks back at a busy two days at Goffs 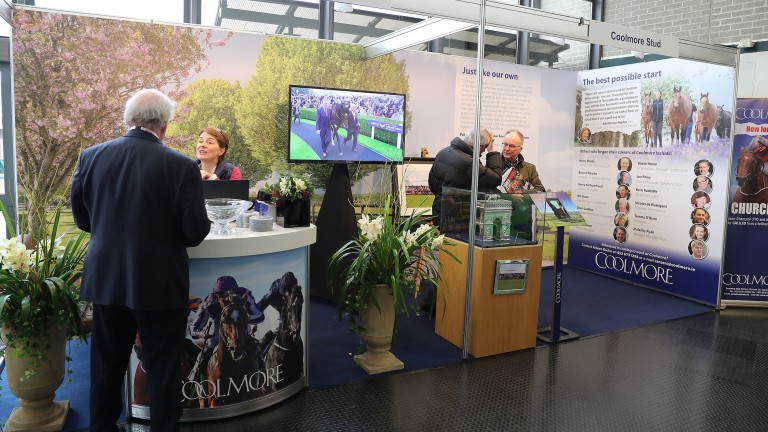 Trade fairs exist ostensibly for businesses to showcase their wares and attract new custom, and exhibitors at the Irish Thoroughbred Breeders' Association Expo held at Goffs on Friday and Saturday, from flax oil and feed merchants to sales companies and studs, no doubt each welcomed their fair share of commercial interest.

But as the bloodstock industry is more amicable than most, with its participants all on familiar terms with each other and working towards common goals – producing exceptional athletes, increasing the intake of owners and so on – the event was as much about getting together, sharing ideas and making new acquaintances, as cut-throat money making.

Many studs I spoke to said that even if they had not sold copious numbers of nominations over the two days, being at the expo was important for keeping their names in breeders' collective consciousness, and so they all decked out their stands with slick marketing and tempters to pay them a visit – a prize draw here; a free keyring there.

And there were unexpected benefits, as with a large number of college students on site, some farm owners managed to find fresh workers, which in the current climate is certainly no bad thing.

Coolmore showed off their extraordinarily ornate trophy for Found winning the Prix de l'Arc de Triomphe on their stand, and offered the chance to win a print of Found leading home her stablemates Highland Reel and Order Of St George at Chantilly signed by Aidan O'Brien. I'm not ashamed to say I threw my name into the hat – that's something for which I'd have had no problem paying excess baggage on the return flight to London – and even thought about donning a disguise and returning to the stand to have more goes. 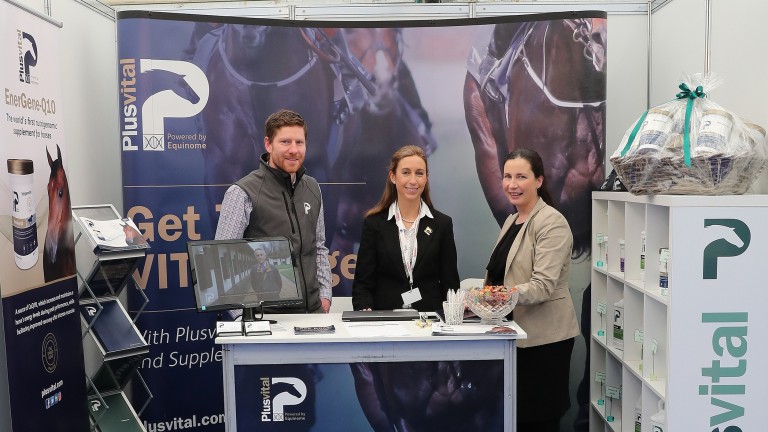 The Plusvital team man their stand at the Expo
CAROLINE NORRIS

All Coolmore demanded of its prize draw entrants was the answer to the question of who won the Arc in 2016. No such leniency was afforded by David Stack of Coolagown Stud who drew people to his stand to talk about his four stallions – Carlotamix, Frozen Fire, Shantaram and Zambezi Sun – with the promise of a free cover by Shantaram if they could only guess how many pieces of Lego he had managed to ram into a jar. Astonishingly, one visitor apparently got the correct number early in the Expo; that must have been a parent who has had to tidy up their children's Lego after it has been strewn across a carpet on many occasions.

O'Callaghan is far too humble to luxuriate in that praise, though, and knows only too well the twists of fate involved in having a superstar stallion. She pointed out that Tally-Ho's success with leading first-season sires – they fielded the last two in Britain and Ireland, Sir Prancealot and Society Rock – is helped by the farm having sent them many home mares and supporting the stock at the sales, and added that the rise of Kodiac has been all the sweeter because of the appalling luck the stud endured with previously successful stallions Danetime, Red Clubs and Society Rock dying young.

Micheal Orlandi, whose stand boasted the poshest looking chocolates of any exhibitor at the expo (most had gone for Celebrations), was showcasing his Flat stallions Cappella Sansevero and Strath Burn and National Hunt newcomer My Dream Boat.

He was particularly pleased to have persuaded one or two breeders from County Cork – the nerve centre of jumps breeding in Ireland – to travel up to Bridge House Stud in County Westmeath to cast their eye over the Prince of Wales's Stakes winner, who is starting his second career there this year at a fee of €4,000. 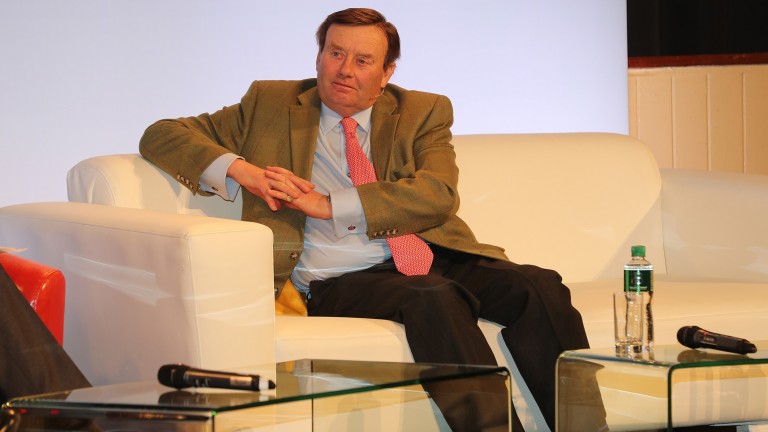 One of the new boys that Cork breeders have close at hand in 2018 is Karpino at Glenview Stud, the jumps arm of Rathbarry, and he was the focal point of the operation's stand overseen by Niamh Woods and Rachel Robinson.

Woods reported the handsome son of Cape Cross, out of a sister to the great jumps stallion Milan, had already received plenty of bookings from jumps breeders with maiden and barren mares. She was also, absolutely rightly, perturbed to hear more than two weeks before the breeding season starts that another organisation at the expo had already called its first meeting about the autumn Flat yearling sales.

Still, that's what Rathbarry and Glenview get for excelling at breeding for both disciplines. They will just have to count the expo as their holiday.

Joking apart, many of the 100 or so exhibitors did say the event was a good chance to catch up with fellow stud owners and businesspeople, and there was a tangible sense of school's out around the Goffs complex.

Inside the Goffs auditorium there was more serious business taking place. Some of the leading younger lights of the Irish racing and breeding industry – Cathal Beale, Kevin Blake, Amy Marnane, Joseph O'Brien, Lisa O'Neill and Paddy Roche – discussed the future of racing and breeding, while leading vets talked about biosecurity measures with Professor Ann Cullinane highlighting the lack of EVA vaccines this breeding season and urging breeders and stud owners to be vigilant for signs of the disease and to cleave to the tried and tested codes of practice.

Nicky Henderson was a guest speaker in the veterinary section, and praised the work of environmental scientist Alan Creighton in improving hygiene protocols at Seven Barrows. Good ventilation is a mantra for Creighton, and Henderson remembered with some horror how in his time working for Fred Winter years ago it was standard practice for top doors on stables to be shut overnight.

It is fascinating to hear Henderson talk about a different age in racing – he could surely fill a theatre just with the promise of being told his anecdotes about working with other greats in the sport's history – and refreshing to hear how, in the case of equine health, the industry can come together to take giant steps forward over the generations.

How the expo brought together people from all different walks of life in the breeding industry is another example of a marvel of the modern era. Even as the shadow of Brexit looms large – and the topic vexed the forum of experts on Friday night – there must be some optimism for the future if all corners of bloodstock can come together as they do for an event such as this.

John O'Connor honoured and all the winners from the ITBA Awards