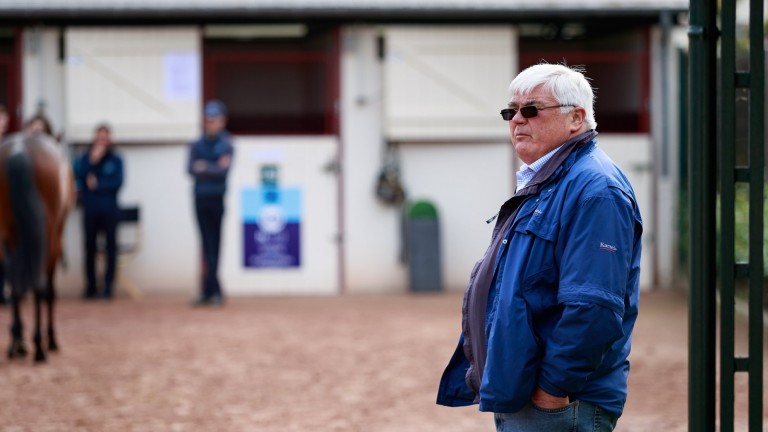 John Cullinan: "We're just keeping our fingers crossed that racing gets up and running"
Zuzanna Lupa/Arqana
1 of 1
UPDATED 6:21PM, MAY 20 2020

The progress over the last week has been tremendous as we've now got positive dates from the sales companies, and that's what we needed most.

It's still totally dependent on racing returning in Britain and Ireland, but that's been pencilled in for June 1 and June 8 respectively, and so long as both of those go without hiccup it looks like we will have our breeze-up sales as planned.

The fact we've got commitments on dates is a huge help to the preparation of the horses. Preparations have picked up where they left off around mid-March, though some of those entered at the later sales have been turned out for a few weeks' holiday, which was an unexpected benefit.

The delay to these sales has been a big challenge for everybody for a couple of reasons. Firstly, financially we've got a lot of money invested in these horses; they're probably the most expensive bunch of breezers that's ever been put together given how strong the yearling sales were last year.

Secondly, there's the expense of keeping horses for an extended prep period. We should've been done and dusted up to Arqana by now, with Goresbridge the only sale remaining, but no horse has been through a ring yet. The worry and the uncertainty has been a big burden on people.

Overall people have made the best use of the additional time, it wasn't planned and was far from ideal, but there's a more positive outlook now and hopefully we can crack on from here.

As a group, not everyone involved in the breeze-ups would've been IT literate at the start of this, but the lockdown has made consignors up their game a bit and overall the use of digital marketing and social media has been a positive development. 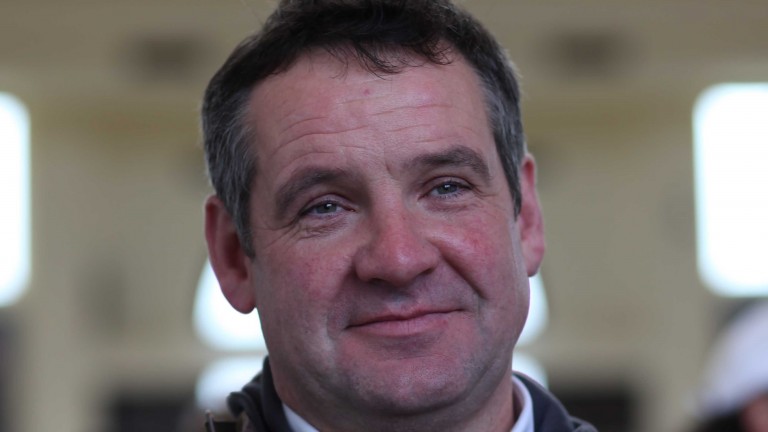 Johnny Hassett: a force to be reckoned with on social media
Laura Green

The fact there's such limited access to other sports means people are sitting at home and there's an opportunity to get the message out there to an audience we otherwise wouldn't have reached.

I thought Jack Cantillon setting up a syndicate to buy a value breezer and conducting a very informative webinar was very interesting and educational. I gather his syndication is going well so fair dos to him. That's a very welcome development.

Johnny Hassett and others have been very active on social media so we're engaging with a lot of people. Not everyone agrees with everyone's opinions about certain thorny subjects, but at least it's engaging people in discussion.

Johnny and Brendan Holland also had a lively discussion about the introduction of official times at the breeze-ups. It was a useful debate, and to me it looked a bit like Boris Johnson versus Keir Starmer - although someone said that if it had been a boxing match, it would've been suspended after three rounds!

It aired a subject that's divisive and I understand it's got a good bit of traction with a lot of people. Irrespective of what side of the fence you sit on on these topics, it's always good to air the pros and cons. I commend both Johnny and Brendan for tackling such a controversial subject.

Looking forward, we're just keeping our fingers crossed that racing gets up and running and that people will feel confident to go and buy horses in the current climate.

We feel that we've a very good bunch of horses overall and it should be a good time to buy. There's still plenty of the season left and obviously there's next year. We've seen the profile of breezers change, the perception was that they were early two-year-old types and a bit one dimensional, but that's far from the truth now.

There are plenty of horses with long careers coming out of the breeze-ups now, including those who've gone on to win Classics on both sides of the Atlantic. In some peoples' minds the perception might be that these horses have missed the boat, but it's far from it because there's a lot of very nice horses with long and successful careers ahead of them in this year's sales.

FIRST PUBLISHED 6:13PM, MAY 20 2020
The worry and the uncertainty has been a big burden on people