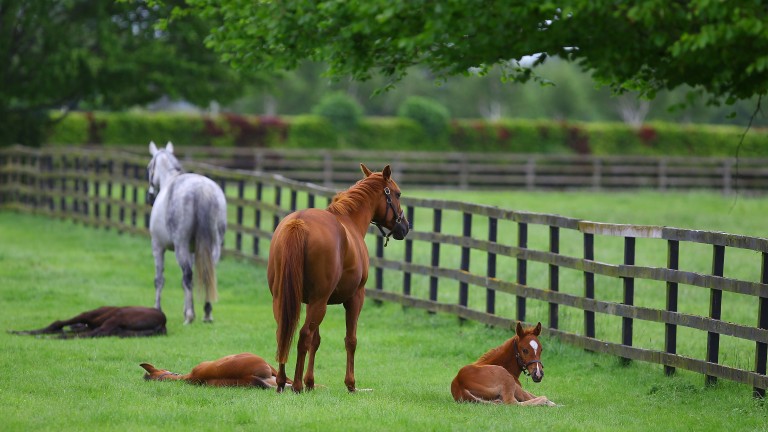 The issue of inbreeding in the thoroughbred population is “akin to global warming” according to Professor Emmeline Hill, who has spearheaded major new research into the subject conducted by University College Dublin and equine science company Plusvital.

The resultant paper, published last week in the peer-reviewed journal Scientific Reports, analysed the DNA of more than 10,000 thoroughbreds, the largest set of horses examined to date, and established that there has been a highly significant rise in inbreeding over the last 45 years.

Q&A: Professor Emmeline Hill tells us more about the study

Professor Hill said: “Inbreeding has always been high in thoroughbreds, but it is getting higher. It's likely that, unchecked, inbreeding in the thoroughbred will continue to increase in a market where there is high demand for particular sire lines.

“The problem with inbreeding is that it can compromise overall population fertility and health. This is a highly significant issue akin to global warming, where inbreeding is accumulating in the population, and it must be addressed at an industry-wide level.”

Inbreeding can increase the chances of offspring inheriting recessive traits, which if unchecked can weaken the biological fitness of the population and hinder its ability to survive and reproduce – a circumstance known as inbreeding depression.

Unlike most managed animal production systems, there is no systematic, industry-mediated genomic selection or population management for the thoroughbred.

However, Professor Hill, chief science officer at Plusvital, added that solutions to the issue do exist.

“Our new data can assist the industry to monitor inbreeding and we have developed DNA-based tools that individual breeders can use to reduce the problem by choosing genetically diverse stallions for their mares,” she said.

“Pedigree is not powerful enough to help any more. Pedigree can be useful in highlighting broad trends in breeding practices, such as the predominance of certain sire lines leading to a high degree of relatedness. However, since thoroughbreds are now so closely related, there is no longer the resolution in a pedigree to accurately infer relatedness between individuals.

Higher inbreeding is not associated with superior racing performance, and Professor Hill reiterated that the research should be seen as a positive for the industry.

“The purpose of this research is to provide information that, if harnessed in the right way, could be beneficial to ensure the future sustainability of the breed,” she summarised.

FIRST PUBLISHED 1:28AM, JAN 28 2020
It's likely that, unchecked, inbreeding in the thoroughbred will continue to increase in a market where there is high demand for particular sire lines