Is it really possible to predict which Flat stallions will be successful? 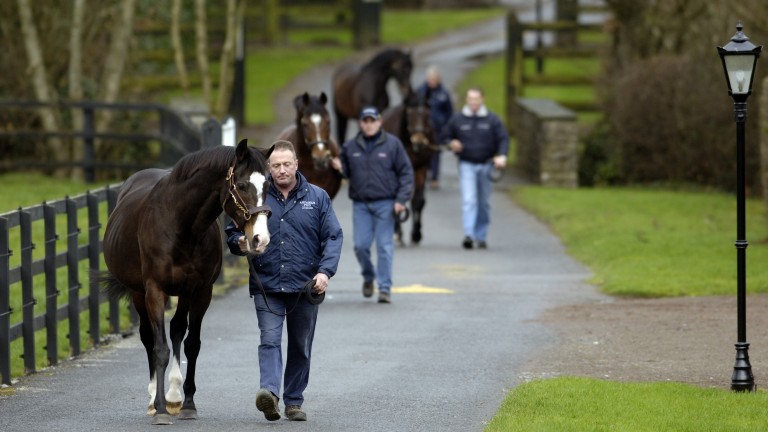 Every year large numbers of mares visit Flat stallions that are unproven as sires of runners, those in their first four stud seasons. This is probably based on the optimism of breeders that they can identify the next Kingman, Kodiac or Showcasing, available for a fraction of the stud fee he will one day command.

Of course, a greater likelihood is that they will choose one whose stud career will disappoint. However, horses that have already proved themselves useful but not outstanding stallions lack the excitement factor to attract their attentions.

Once a stallion starts to produce runners, analyses available via the Racing Post database will swiftly indicate how good a sire he is, though such assessments are not the principal focus of this article.

Instead, I ask whether statistics derived for proven stallions of the past can help identify the unproven ones likely to be the best sires of the future, so that breeders are not forced to rely on advertising and hearsay to supplement opinions formed from the horse’s racing record, pedigree and looks.

Can we forecast stallion potential this way?

My means of assessing stallions is to use the Racing Post Ratings (RPRs) of all produce sired in Britain, Ireland and France, for which reliable and fairly complete ratings are available on the Racing Post database.

I use a measure based on a combination of the Average RPR for all produce and a Weighted Average that gives correspondingly greater weight to the higher ratings. I call this ‘the Combined RPR’.

To a large extent, however, it matters little whether you use the Average, the Weighted Average or the Combined RPR – the best stallions consistently produce the highest numbers and the worst stallions the lowest.

I have a database of such statistics that presently covers 505 stallions born from 1980 onwards, originally retired to stud in Britain or Ireland and having 50 or more runners, the oldest being at least five-year-olds in 2019.

This categorisation simply reflects what the numbers tell me. Passage of time may move the odd horse up or down a category but this will not materially change the underlying analyses.

A major practical use of keeping such a database is that, by looking at factors that distinguish the best stallions from lesser ones, it may be possible to find similar qualities in unproven stallions that indicate those most likely to succeed.

But, of course, doing this properly involves that terrible thing, ‘statistics’. There is a well-known saying that "you can prove anything with statistics", which is meant to demonstrate the worldly wisdom of the person saying it but simply shows they talk rubbish.

However, there is merit in the rather less punchy statement that "you can appear to prove untruths by the misuse of statistics". While stallion advertisements often rely on this by choosing the one statistic that helps their case (‘entered the stalls in a faster time than Frankel!’), unconscious bias can also lead to false conclusions. I almost fell into this trap myself.

Like many others I am concerned by lack of demand for high-class middle-distance horses as Flat stallions. Late last year dual Group 1 winner Poet’s Word was sold to an Irish National Hunt stud after just one season at Shadwell, where he covered 30 mares at a similar fee to the Group 2-winning sprinter Tasleet, who entertained 107.

There then followed the sale to Coolmore's National Hunt arm of the joint highest-rated racehorse in the world, Crystal Ocean, with six- and seven-furlong performers Le Brivido and Land Force moving as Flat stallions in the opposite direction without having shown similar ability.

So, given such concerns, you can imagine my satisfaction when I extracted the following statistics from my stallion database. These show the numbers of stallions by their best racing distance and the percentages of each that reached the top five per cent, ten per cent and 25 per cent of all stallions on the basis of the ‘Combined RPRs’ of their produce.

Even a non-statistician will see that middle-distance horses produced by far the best results, followed by 'milers' and then 'sprinters'.

I could have ended this article right there, with a plea for breeders to come to their senses and give middle-distance horses the chances they so clearly deserve. While some might have grumbled about them "not really being commercial", how many would have smelt a statistical rat and asked if other factors might be at play?

Unfortunately for the argument I would have loved to make, they are. The table below shows the highest Timeform Ratings (TFRs) of stallions that reached the top 25 per cent in my database. Again, you should notice something interesting.

Clearly the racing abilities of the most successful middle-distance sires are well above those of similar ‘miler’ or ‘sprinter’ sires. They needed to be that good to be given a chance at stud! But is racing ability or best distance the more important factor?

The next set of statistics show the percentages of stallions with various TFRs reaching the top two per cent, five per cent, ten per cent and 25 per cent of all sires.

So just how important are racing ability and best distance in indicating potential stallion ability, and do other factors play a part?

One that clearly might is pedigree: nine of the 11 top two per cent sires mentioned earlier were by similarly talented sires while the other two were by good ones. What is the solution to the mystery?

Well not exactly – more precisely I used spreadsheet cells in the ‘least squares’ methodology you may fondly recall from school as a means of indicating the ‘best fit’ of a formula to a set of data.

The question is what combination of racing ability, racing distance, sire producing ability and dam’s attributes is most likely to predict a stallion’s results?

Sadly, middle-distance capability doesn’t feature as a key factor. Number one is the TFR of the stallion. Number two is the producing ability of the stallion’s sire, who ideally should be a top two per cent performer and certainly a top five per cent sire.

The dam’s racing and producing records are significant if these show evidence of high class ability, but not so much as the sire’s. (This is not because the sire is more important – it is simply because several hundred produce yield far more significant evidence of genetic potential than are revealed by a mare’s racing ability and limited produce record).

So this case would not have tested Poirot unduly. The racing ability of a stallion (particularly a TFR of 135+ or 130+) and the producing ability of his sire (ideally top two per cent or top five per cent) are by far the best predictors of his breeding results.

Looking at today’s unproven stallions there is just one that passes both the 135+ and top two per cent tests, the middle-distance horse Cracksman. If predicting his stud success proves accurate I shall remind you. If it doesn’t, I won’t.

Celebrating the best of breeding with the Racing Post Bloodstock Awards