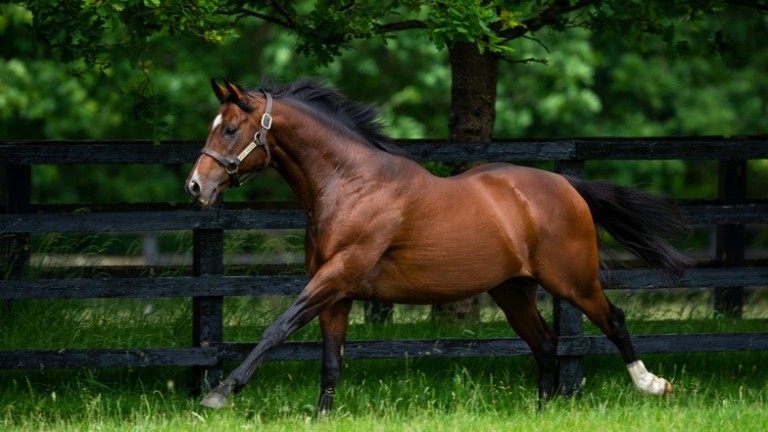 Free Eagle: a nomination to the Irish National Stud stallion is up for grabs
Bronwen Healy
1 of 1
By Bloodstock World Staff 9:57PM, JUN 16 2020

The Irish National Stud has announced a joint sponsorship with the Irish EBF of four two-year-old fillies’ maidens this summer.

In addition to the prize-money allocation to the owner, the winning breeder will receive a free nomination for the 2021 season to the stallion named in the race title, starting with the Free Eagle Irish EBF Fillies Maiden at Naas this Saturday, June 20.

The series moves on to the Curragh on June 26, Navan on July 3 and ends at Leopardstown on July 23, with a nomination to Phoenix Of Spain, National Defense and Decorated Knight up for grabs.

Irish National Stud CEO Cathal Beale said: "The INS is delighted to partner with the Irish EBF to create a Summer Series of two-year-old fillies’ maidens which will benefit a wide cross-section of the industry.”

Irish EBF chairman John O’Connor added: “The Irish EBF board would like to thank the Irish National Stud for co-sponsoring with us at this crucial time.

"We're delighted to see stallion farms increasing their sponsorship to help the bloodstock industry at this difficult time and we would encourage other stallion farms and commercial sponsors to follow suit."